Kordinate
Home News Top Stories At least 1 person killed and 5 wounded after a shooting at... 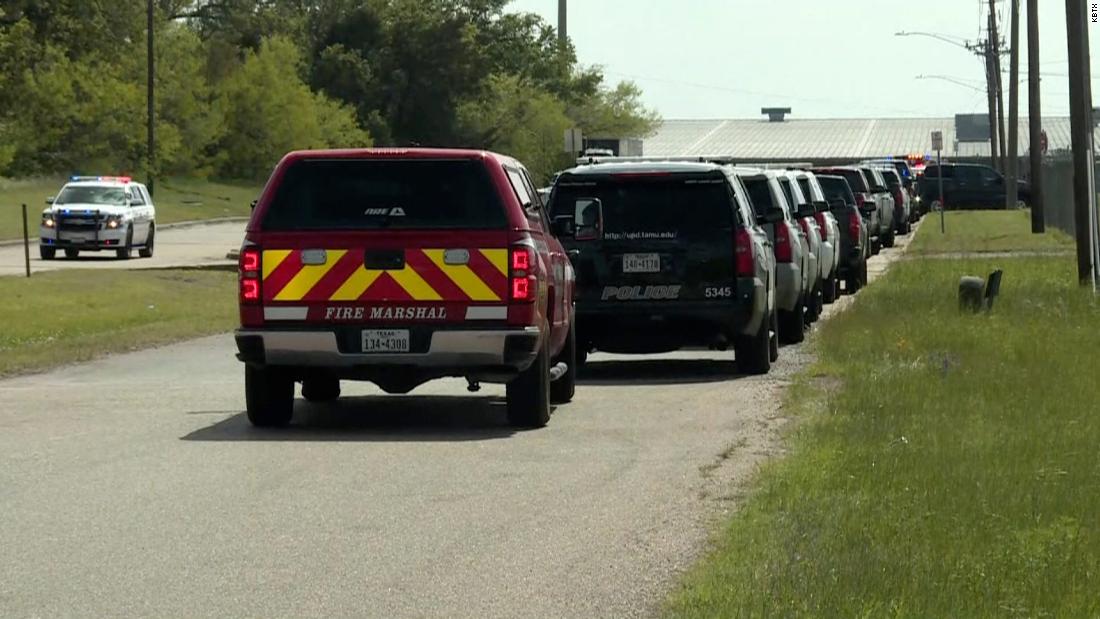 The gunman, who is believed to be an employee of the company, Kent Moore Cabinets, fled before police arrived but was later taken into custody, Bryan Police said.

A trooper with the Texas Department of Public Safety was shot while pursuing the suspect, the department tweeted. The trooper is in stable condition at a local hospital, DPS Lt. Craig Cummings said at a news conference Thursday night.

Bryan Police Chief Eric Buske said it’s not known how long the suspect had been working at the company, located inside an industrial park, or what the motive is. Police are not naming the suspect.

The gunman used a handgun and acted alone, Buske said.

Bryan police received a call around 2:30 pm local time (3:30 pm ET) of an active shooter at the facility, and several agencies arrived six minutes later, Buske said. They put out a broadcast on the suspect’s vehicle, and troopers with the Department of Public Safety pursued it.

Inside the business, police found at least one person dead and five people shot and wounded. Four of them were taken to the hospital in critical condition and the fifth was in “noncritical” condition, Buske said.

A sixth person was taken to the hospital because of an asthma attack, he said.

Buske had previously said four people were shot but later updated his statement.

Amelia Rodriguez, a Kent Moore Cabinets employee, was painting with a coworker when she heard multiple booms, she told CNN affiliate KBTX.

She said she thought, “Oh, the machine got messed up again,” and began walking towards it to fix it.

“I started walking and someone grabbed me and said,” No, we need to run. ‘”

Rodriguez said she and her coworkers ran outside but then realized the gunman was outside, so a few of them ran back in, while others stayed by the fence.

“I was hiding like 10 minutes in a real small place,” she said.

She feels lucky to be alive, Rodriguez said.

“I think I’m very lucky and blessed to be talking to you this very moment,” Rodriguez told the reporter. “I’m still in shock because we live in a very peaceful community.”

Kent moore cabinets said in a statement to CNN affiliate KBTX that it is “devastated” by the shooting.

“We want to thank the many members of our law enforcement teams and other emergency personnel who responded so quickly,” the statement read. “We are fully cooperating with law enforcement during the investigation of this horrible crime.”

Following the shooting, Gov. Greg Abbott said in a statement the “state will assist in any way needed to help prosecute the suspect.”

“Cecilia and I are praying for the victims and their families and for the law enforcement officer injured while apprehending the suspect,” Abbott said.

This story has been updated with new information from Bryan police on casualties.

The Source | Today in Hip-Hop History: Eminem Becomes the First...

The Source | Travis Scott Gives a Maybach SUV to His...