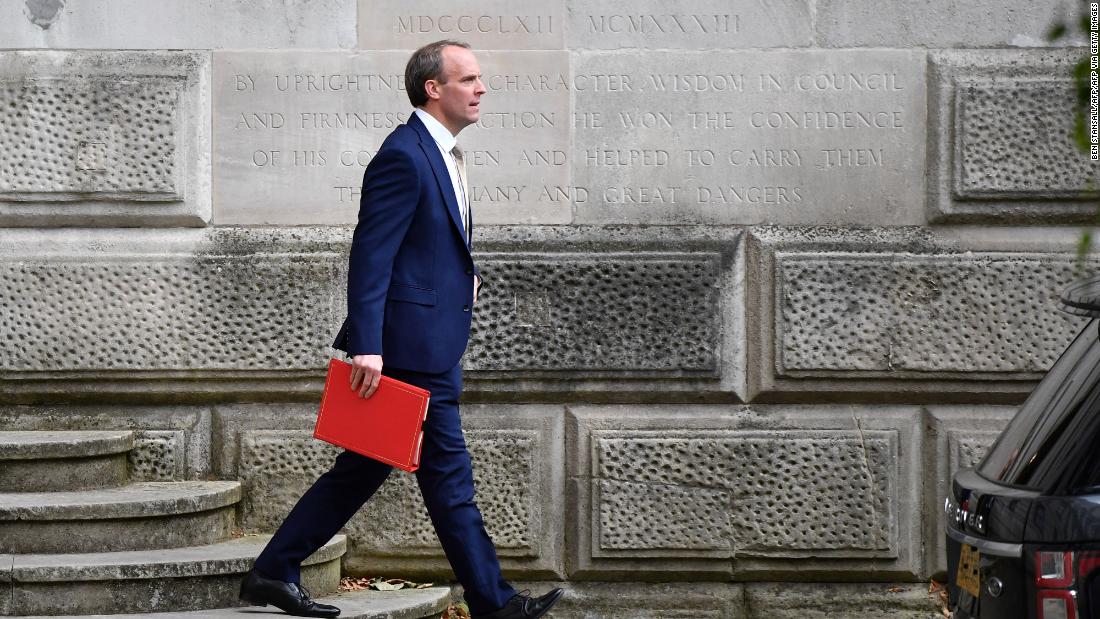 British Foreign Secretary Dominic Raab will also mark Britain’s return to the UN Human Rights Council as a voting member by condemning the rights record of fellow council members China and Russia and will raise concerns about Myanmar and Belarus, his office said.

On China, Raab will refer to reports of abuses in Xinjiang, including torture, forced labor and forced sterilization of women. “They are taking place on an industrial scale,” he will say, according to his office.

“The UN High Commissioner for Human Rights, or another independent fact-finding expert, must – and I repeat must – be given urgent and unfettered access to Xinjiang,” he will say.

China has been widely condemned for setting up complexes in Xinjiang that Beijing describes as “vocational training centers” to stamp out extremism and give people new skills. China’s critics have called them concentration camps.

The United Nations has said at least 1 million Uyghurs and other Muslims have been detained in Xinjiang.

While the Chinese government has repeatedly said that Muslim minorities in Xinjiang are enjoying a high quality of life, attempts by journalists to report independently on the region have often been hamstrung by authorities.

The Chinese government is facing increasing pressure to address claims of human rights abuses towards Muslim minorities in Xinjiang.

On January 19, the US announced it had determined that the Chinese government was committing genocide in Xinjiang, which then-Secretary of State Pompeo described as “the systematic attempt to destroy Uyghurs by the Chinese party-state.”
After US Secretary of State Antony Blinken was confirmed one week later, he said that the Biden administration stood by the genocide finding.

UK Foreign Secretary Raab will also raise the “disgraceful” treatment of Kremlin criticized Alexei Navalny, the crisis in Myanmar and the situation in Belarus. He will set out steps Britain has taken to address these issues, such as sanctions, and encourage others to follow.

Arsenio Hall Revealed He Made a Pact With Eddie Murphy

Man Spitting On Tandoori Roti While Making Them Riles Up Internet