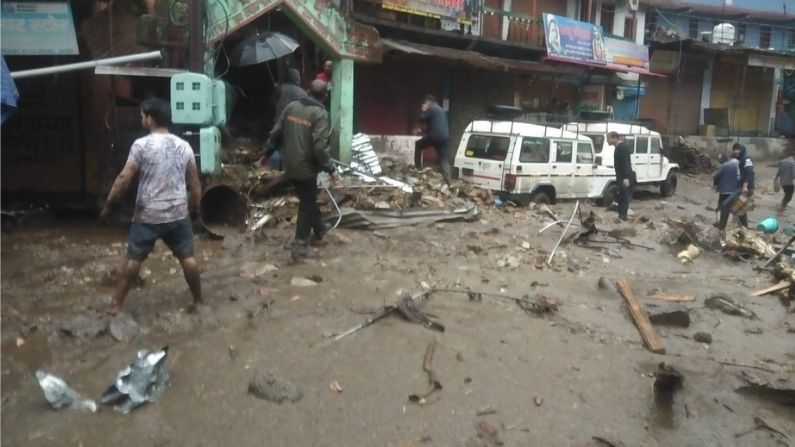 Local officials and SDRF are present on the spot and are engaged in rescue work. In the initial information, three people including two children have been saved.

After the cloud burst in Chamoli, debris entered people’s homes.

Although there is no information about any casualty, cost-heavy torrential rains continue in the district. According to information received from the news agency, many shops and houses were buried in the debris, but no casualties were reported. According to the information, local officials and SDRF are present on the spot and are engaged in rescue work. In the initial information, three people including two children have been saved.

Uttarakhand | A cloudburst hit the Binsar hill area of ​​Chamoli district causing major destruction in the market, with many shops buried under debris. No casualties reported. Local Officers and SDRF at the spot. A man and his two children rescued, pic.twitter.com/6DSQhG4UEg

In another tweet, talking about providing assistance to the affected people said, “The state government will ensure proper treatment of the injured and complete arrangement of food and shelter of the homeless and assess the loss to the people as soon as possible Assistance will be provided. “

read this also- Ranchi: 80 percent patients beat Corona in home isolation, administration did not get help

Cop Among Several Dead In US Supermarket Shooting, Suspect In Custody