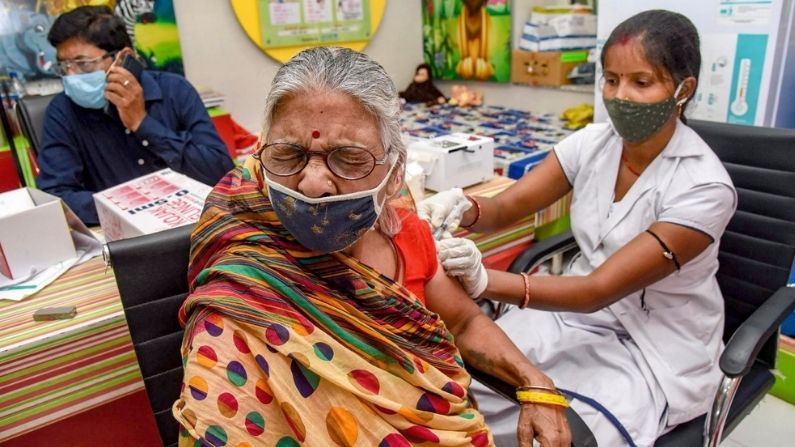 An elderly woman who gets a corona vaccine. (Indicative picture)

So far more than 16 crore doses of corona vaccine have been given in India. According to the Union Health Ministry, around 11.5 lakh doses of the vaccine have been given till 8 pm on Tuesday. The ministry said that on Tuesday, the first dose of vaccine was given to 2,29,999 beneficiaries in the age group of 18-44. He said that so far, 6,62,619 people in the age group of 18-44 years have administered the first dose of vaccine in 12 states and union territories.

Covid-19 cases in India have crossed the 2 crore mark and more than 50 lakh cases of infection have been reported in just 15 days. According to data released on Tuesday by the Union Health Ministry, 3,57,229 new cases of corona virus a day increased the number of infections to 2,02,82,833, while 3,449 more people lost their lives to 2,22,408. Has arrived.

The Breakfast Club Denies 6ix9ine’s Claim of Paying $500K for His...

Medical examiner: I “intentionally chose not” to view videos of Floyd’s...

Paramilitary Personnel Dies In Attack By Terrorists Outside Srinagar