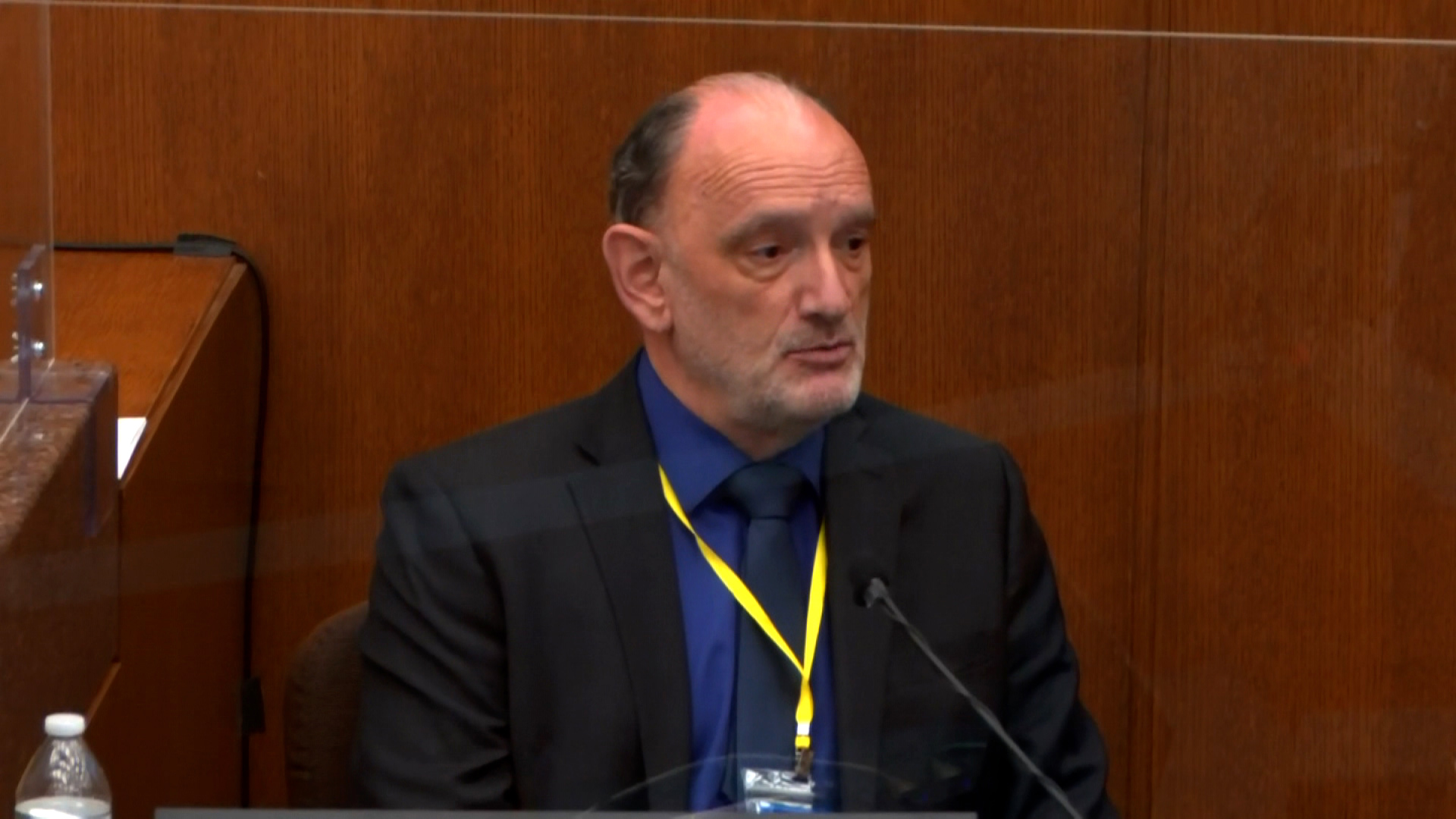 
David Fowler, a retired forensic pathologist, said he thinks George Floyd died due to a number of factors:

“So in my opinion, Mr. Floyd had a sudden cardiac arrhythmia or cardiac arrhythmia due to his atherosclerotic and hypertensive heart disease … during his restraint and subdual by the police,” said Fowler, former chief medical examiner at the Maryland Department of Health.

“And his significant contributory conditions would be, since I’ve already put the heart disease in part one, he would have the toxicology, the fentanyl and methamphetamine. There is exposure to a vehicle exhaust, so potentially carbon monoxide poisoning or at least an effect from increased carbon monoxide in his bloodstream. And paraganglioma, or the other natural disease process that he had. So, all of those combined to cause Mr. Floyd’s death, “Fowler said.

Some more context: Hennepin County Chief Medical Examiner Dr. Andrew Baker indicated Floyd’s death last May a homicide and identified the cause as “cardiopulmonary arrest” that occurred during “law enforcement subdual, restraint, and neck compression.” He stood by those findings when he testified in court last week.

Floyd had hypertensive heart disease, Baker said, “meaning his heart weighed more than it should.” This meant Floyd’s heart needed more oxygen than a normal heart and was “limited in its ability” to provide more oxygen when there was a demand for it.

In the middle of an altercation and being held to the ground, adrenaline would pour into the body, Baker said, making the heart beat faster.

“In my opinion, the law enforcement subdual, restraint and the neck compression was just more than Mr. Floyd could take by virtue of those heart conditions,” he said.

Pulmonary critical care doctor Martin Tobin testified last week that Floyd died from a “low level of oxygen,” and that his preexisting health conditions and drug use were not relevant to his death.