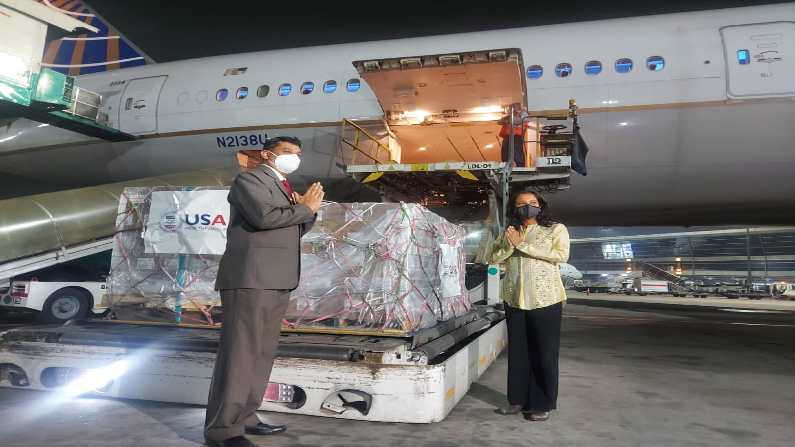 The Union Health Ministry said on Tuesday that the assistance received from other countries has been distributed among various states so that the increasing cases of Kovid-19 can be dealt with. The Health Ministry issued a statement saying that on the basis of the rules and principles set by the Ministry, about 40 lakh materials of 24 different categories were distributed among 38 (repeat 38) institutions in different states as per the requirement of each state.

The statement said the large range of equipment includes Bipap machines, oxygen (concentrators, cylinders, PSA oxygen plants and pulse oximeters), medicines (Fabipiravir and RemdesiVir) and PPE (complete cover, N-95 masks and gowns). Since the assistance is very limited under the standard operating procedure of allocation, it was distributed logically among states where there are more cases of infection.

India has received the largest consignment of medical equipment so far from the United States and United Arab Emirates. America has given 714,301 rapid detection kits to India. 125,000 Remedesiver vials. 994,800 N95 sent with the help of masks and oxygen cylinders. Whereas UAE has sent 480 ventilators, 170,7600 masks and hundreds and thousands of PPE kits to India.

read this also- 5 oxygen plants will be ready this week, DRDO has got the responsibility to set up 500 plants from PM Cares fund