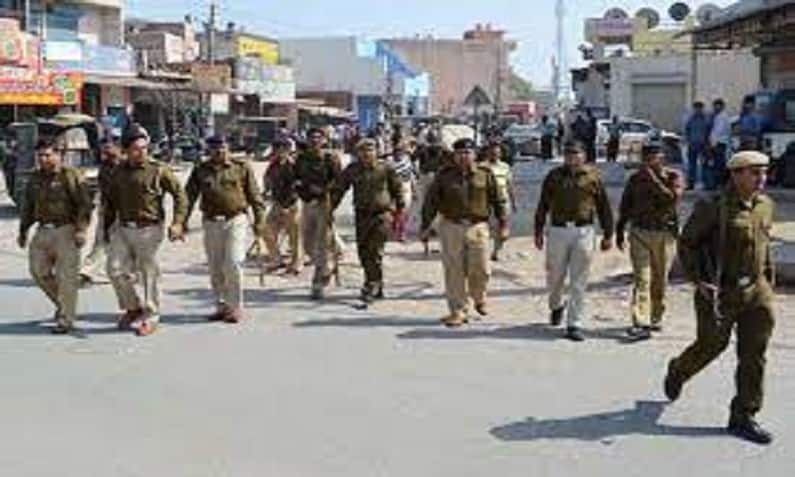 A spa center was also being run by the police during the lockdown in Huda sector of Fatehabad. 4 girls have also been found from the spot who have been taken into custody.

In Fatehabad, Fatehabad (Haryana), the police station and the city police police team raided the police station on notice of running the spa center during the lockdown. The heavy police force stood outside the center for about 40 minutes but the headmistress did not open the shutter door. After DSP arrived, the operator raised the shutter. After which the team reached the spa center on the first floor. In this case, further action will be taken by registering a case against four women and three youths, including the headmaster, for the conduct of unethical activities in this case.

Police officials have said that someone in the control room of the police informed that the spa center is running even during the lockdown in the HSVP sector. In such a situation, people go here every day. Due to which there is a risk of spreading of corona virus infection. After which the team formed the police station in-charge of Kavita and HSVP post police reached the spa center after the joint action of the police. As soon as the police got the information, the spa center operators locked themselves inside and locked the shutter.

The police stood outside for about half an hour after the ongoing action by the police. After which the city Kotwal along with his team reached the spot. During this, the director opened the shutter after DSP Daljit Bainiwal arrived. The team reached up and investigated. During this time, five women and three youths met on the spot. The police team took everyone into custody and took them to the police station. According to the police, the girls are residents of Hansi and Jalandhar. During this time, further action will be taken against all those accused by the police.

Were monitored by CCTV

Hansa resident operator and operator are running the spa center running in Huda sector. Please tell that those coming to the spa center were being monitored by CCTV. Through CCTV, the operators got a glimpse of the arrival of the police and closed the shutter.

The police officer has said that he had received information that there was a lockdown in the entire state during the period of Corona epidemic. In such a situation, the spa center is being run illegally here. After which the police have arrested all these accused. During this time, the accused are being questioned. Only after which further action will be taken.

read this also: Haryana: Facebook friend called to meet with the promise of marriage, then 25 people took to the forest and committed gangrape; One arrested

read this also: Haryana: Facebook friend called to meet with the promise of marriage, then 25 people took to the forest and committed gangrape; One arrested