Kordinate
Home News Top Stories ‘I was behind it.’ The man responsible for the 1973 oil... 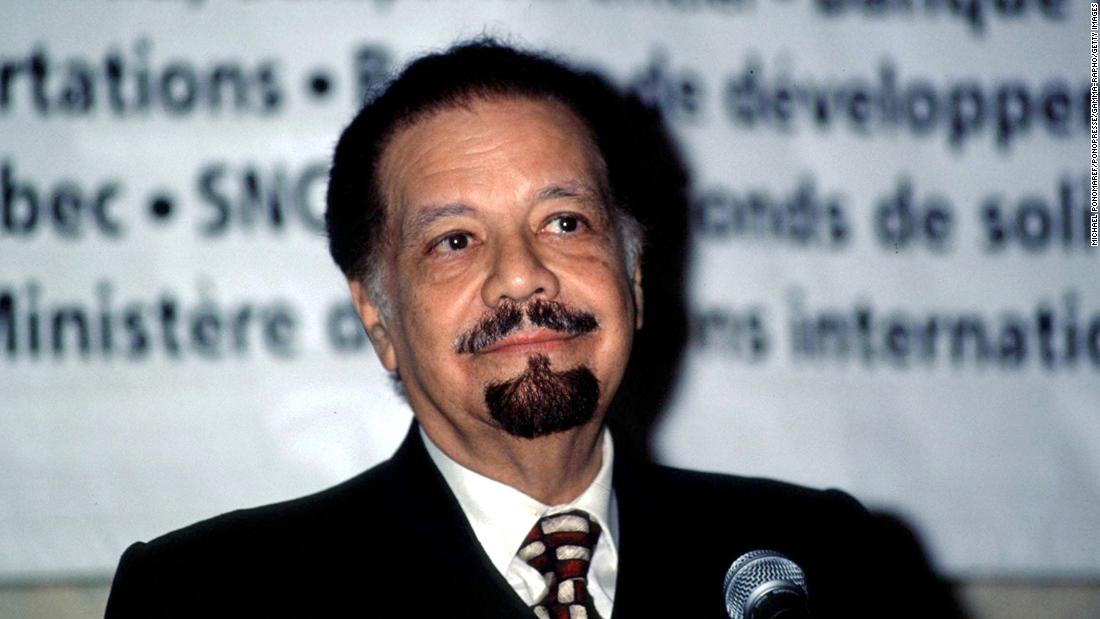 Yamani became Saudi oil minister in 1962, a rare instance of someone from outside the Royal Family being promoted to such a position of influence. He would go on to drive Saudi Arabia’s emergence as an oil powerhouse over a period in office spanning nearly a quarter of a century.
It was in the 1970s that he became an international figure, reviled in the West for masterminding an oil embargo after the 1973 Arab-Israeli war. The Arab members of the Organization of the Petroleum Exporting Countries (OPEC) cut off crude supplies to the United States and other industrialized nations as punishment for their support of Israel. In just a few months, the price of crude oil quadrupled from $ 3 a barrel to $ 12. Gasoline rationing was introduced in the United States, as well as a nationwide 55 mph speed limit on roads.

Looking back at the crisis, Yamani told CNN in 2010 that “the Arab oil [embargo] was meant, and I was behind it, not to hurt the economy, just to attract the international public opinion that [there] is a problem between the Palestinians and the Israelis. “Yamani’s stated goal at the time of the embargo was to force Israel to withdraw from occupied Palestinian territory.

But the rapid rise in oil prices was an enormous windfall for OPEC members. “Unfortunately, money is very attractive, members in OPEC, they love money and revenue. And this is why they push the price up as quickly as possible and they paid the price for what they did,” Yamani said.

The former oil minister told CNN that he did not regret the embargo. But he did have misgivings about OPEC’s subsequent efforts to dictate prices.

At that time, OPEC controlled about 80% of global output, a far cry from its diminished status today. (Based on its own forecasts for 2021, OPEC’s market share has shrunk to around 30%). The US State Department’s official history of the crisis says it “triggered a slew of US attempts to address the foreign policy challenges emanating from long-term dependence on foreign oil. ” Those efforts included boosting domestic supply, and in 2019 the United States became the world’s biggest oil producer.

Urbane, elegant and fluent in English, Yamani attended Harvard Law School before being plucked from obscurity by the future King Faisal to lead the Saudi oil ministry. At the time, Saudi Arabia was a mid-ranking producer. Within a decade, it would be a behemoth. One of Yamani’s enduring achievements was to increase Saudi Arabia’s ownership of (and revenues from) the kingdom’s crude output, which had long been dominated by the western consortium that made up Aramco.

In 1975, Yamani witnessed the assassination of his mentor, King Faisal, by a disaffected prince.

It was a traumatic year for the young minister. On December 21, 1975, he and other OPEC oil ministers were taken hostage in Vienna by a group led by Carlos the Jackal, the most notorious international terrorist of the era. A statement from the attackers demanded a role “for the Arab people and other peoples of the third world” in dealing with oil resources.

The terrorists got the Austrian government to provide a plane to take them and several of the ministers to Algiers. Carlos planned to kill both Yamani and Iranian Oil Minister Jamshid Amuzegar but he ultimately agreed to release them after Algerian mediation.

Yamani’s fall from grace stemmed from King Fahd’s demand in 1986 that he secured an increase in Saudi Arabia’s export quota within OPEC – and get the cartel to set a price of $ 18 a barrel. He was unable to deliver the King’s goals and was dismissed soon afterward.

In his later years, Yamani said the price of oil had been distorted by speculation, leading to volatile swings. And it was not just speculation. He told CNN: “Don’t forget that politics is important. Anything can happen and it can either ruin the oil business or bring it up.”

While remaining involved in the world of energy, Yamani also indulged his passion for watches, poetry and included Islamic texts. He was a deeply religious man and the son of a celebrated religious scholar.

Yamani exploited the opportunities of Saudi Arabia’s unique position as an energy producer at a time when the United States, Europe and Japan all needed vast quantities of its oil. In his CNN interview in 2010, he said oil would remain part of the energy mix despite the rise of renewable sources, but acknowledged it wouldn’t go on for ever.

6 Capitol Police officers suspended, 29 others being investigated for alleged...

The Source | Lawyer Seeks Criminal Prosecution Against TI and Tiny...

The Source | Nike Announces New “Play for the Future” Signature...