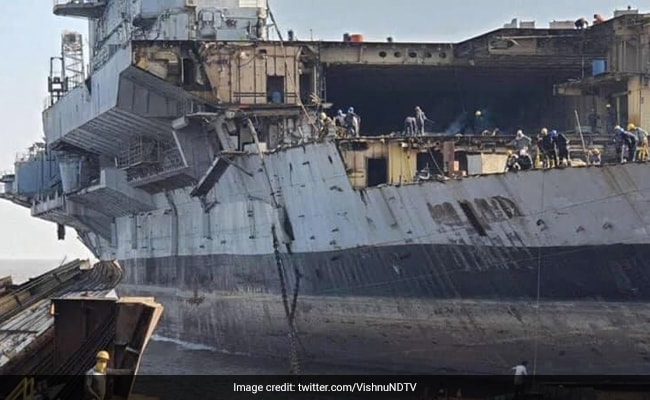 The dismantling of aircraft carrier INS Viraat got a go ahead from the Supreme Court today, which dismissed the plea to stop the dismantling on the ground that the petition was too late.

Today, the court said, “The petitioner had come late to the Supreme Court. 40 per cent of the ship had already been dismantled. We will not interfere with the dismantling”.

Earlier the court had ordered a freeze on the dismantling process.

Envitech, a maritime consultancy firm, had hoped to buy the warship from the Shree Ram ship breakers in Alang for approximately Rs 110 crore. But following the absence of a no-objection certificate from the Defense Ministry, the shipbreakers had refused to transfer the ship.

On December 14, Envitech approached the Supreme Court after it became apparent the no-objection certificate was not forthcoming.

This is a breaking news story. Details will be added soon. Please refresh the page for latest version.

Vaccine shortage again in Delhi, Covaxin dose over for people above...