Kordinate
Home News Top Stories It is difficult for the common man to get admission in the... 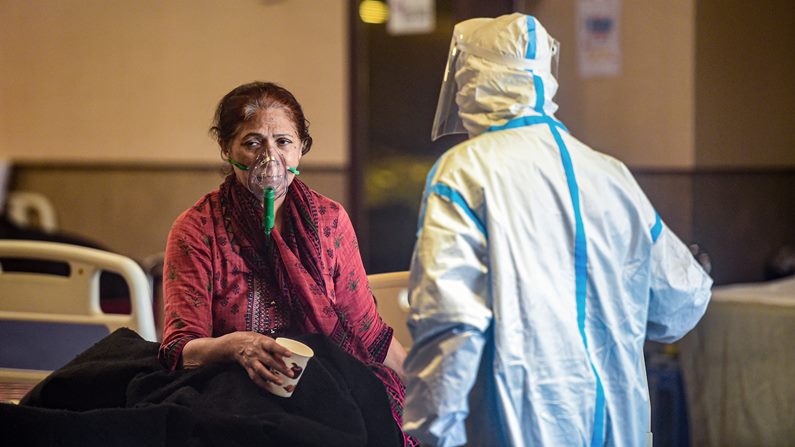 In the guideline, the advice for the patient (Patient) is that he should stay away from other family members, especially the elderly. The patient’s room should be ventilated.

Today it has become impossible for the common man to get admission in hospitals. For how safe is it to stay at home, what should you take care of, what medicine should be taken and when? The central government has issued guidelines in this regard. A guideline was issued by the Union Ministry of Health regarding Home Isolation in July last year, now changes have been made in the new guideline. This guideline states that in mild and non-symptomatic cases, the patient should be kept in home isolation, but it should be noted that there is enough space in the house for self isolation and for the quarantine of family members. A caretaker is always present. There should be contact between the caregiver and the hospital throughout the isolation period. Those patients who are more than 60 years of age and who are suffering from BP, sugar, heart disease, lungs, liver, kidney problems, should be kept at home on the advice of the doctor.

Dr. Rahul Bhargava of Fortis Hospital said that there are problems of kidney, liver and cancer, it is very important that they be looked at carefully. It has been seen that people are coming to emergency this time in a delayed manner. In 80 saturation, they do not get a chance to save, those who are above sixty years should be monitored. At the same time, the advice for the patient in this guideline is that he should stay away from other family members, especially the elderly. The patient’s room should be ventilated. The patient should always wear a 3 layer mask and change the mask after 8 hours or if it gets wet. The caregiver should wear an N95 mask at the time of entering the patient’s room. The patient should also wear N95 at that time. The patient should take complete rest and drink enough water. If possible, the patient should check the oxygen oxygen saturation and body temperature with a pulse oximeter.
In the same way, there are many more.

Cleanliness should be taken care of during this time. According to the guidelines, the people of the house should avoid direct contact with the body fluid of the patient. Gloves should be used while taking care of the patient and hands should be cleaned after this. Also, according to the rule of Biomedical Waste, it should be disposed. Now the question arises how to treat the patient in home isolation. The first thing is to be in touch with the doctor. Apart from this, continue the medicines already running with the advice of the doctor. Keep an eye on the symptoms of fever, runny nose and cough. Gargle with warm water twice a day. Apart from this, steam can also be taken. If paracetamol 650mg is not under fever control even after being given four times, a doctor should be contacted.

According to Gyline, ivermectin 200mcg / kg can be taken once a day on an empty stomach for 3 to 5 days. If you have fever for more than 5 days, you can give Inhalational Budesonide twice a day for 5-7 days through Inhaler. The guideline states that the decision to give Remdesvir should be made by a doctor. Do not do this to yourself In mild symptoms, steroids have also not been given. According to the guideline, if symptoms persist even after 7 days, then a low dose oral steroid can be given with the advice of a doctor.

If the fever is not decreasing with paracetamol then…

AIIMS director Dr. Randeep Guleria said that those who already have comorbidity should not discontinue their medication at all during Kovid. If fever is not decreasing with paracetamol, then contact your doctor. Ivermactine can be taken one tablet in three to five days. If we use an inhaler, we can use budeaonide. It has been suggested that home isolation can be finished 10 days after the onset of symptoms. If the fever has not come for the last 3 days, after the end of the home improvement, there is no need to check.

But the most important thing is that if there is trouble in breathing, if the drop in oxygen saturation on room air is below 94%, if there is constant pain or pressure in the chest, if the patient feels more disturbed mentally, to get up. If not able, he should be taken to the hospital. The virus can sometimes remain in RT PCR for two to three weeks. At least ten days after being positive, there is no fever for three consecutive days. No test is needed after home isolation.

TV9 EXCLUSIVE: In the crowded ‘crematoriums’ of my city, why no one cries

Census Bureau announces 331 million people in US, Texas will add...