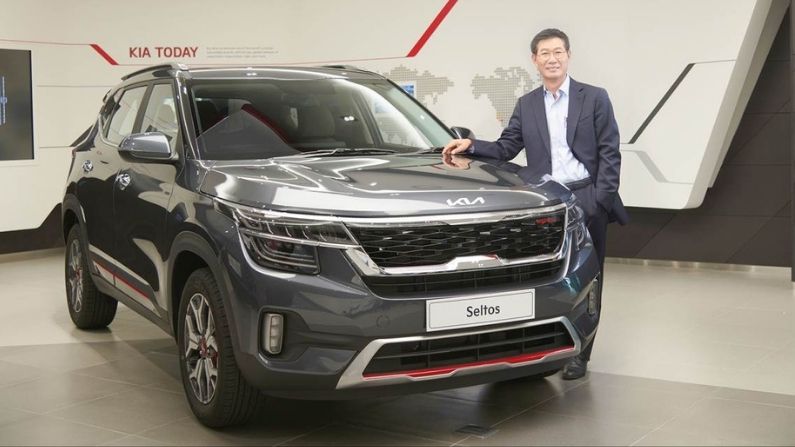 The company has said that, this year it will not launch any new model but only special and limited edition models.

Earlier this week, Kia India revealed the new brand logo and slogan. The new branding was introduced on the Celtos SUV which is expected to be introduced in the coming weeks. After the official launch, the mid-size SUV has now started arriving at dealer stockyards in the country. Along with new badging on the bonnet, bootlid, steering wheel and wheel hub cap, the updated model will also get a set of new features.

As part of the upgrade, the infotainment system is likely to get additional AI voice commands for sunroof control, power windows, air purifiers, wind direction, and defroster. Under the bonnet, the GTX + DCT model is expected to get paddle shifters behind the steering wheel.

At the same time, the 1.5-liter petrol, 1.4-liter turbo petrol and 1.5-liter diesel engine will be all the same in the vehicle. Here the company will also not make any change in the Transmission option. While the new brother and new features will also be given in the younger brother’s sonnet.

Along with the refreshed Celtos, Kia can also offer a special gravity edition of the SUV, including a refreshed front grille, a redesigned 18-inch alloy wheels and a skid plate. Please tell that, the company has said that this year, it will not launch any new model but only special and limited edition models. This announcement has come at a time when it is already being said about the company that the carmaker will now make only SUVs and MPVs.

The South Korean car manufacturer has done wonders in the Indian market. The company has secured the fourth position in the sales figures for the month of March 2021. Kia Motors has outpaced Ford here and now the company has become India’s largest exporting company. This figure is from utility vehicles. Kia has exported 40,440 vehicles in the financial year 2020-21. At the same time last year i.e. in 2020, this figure was 21,461 units.

Tesla’s supercharger reaches base camp of Mount Everest, know how to charge at 17,000 feet

This is Nepal’s electric sports bike, is making a big difference in terms of features and price, know what is special

Raushan - April 26, 2021 0
Gadgets
You’re speaking in one language and the person you’re conversing with is speaking in another language--but you understand each other perfectly. No,...

Shhhhush … a ghostly shadow in Tihar Jail! Read- the...