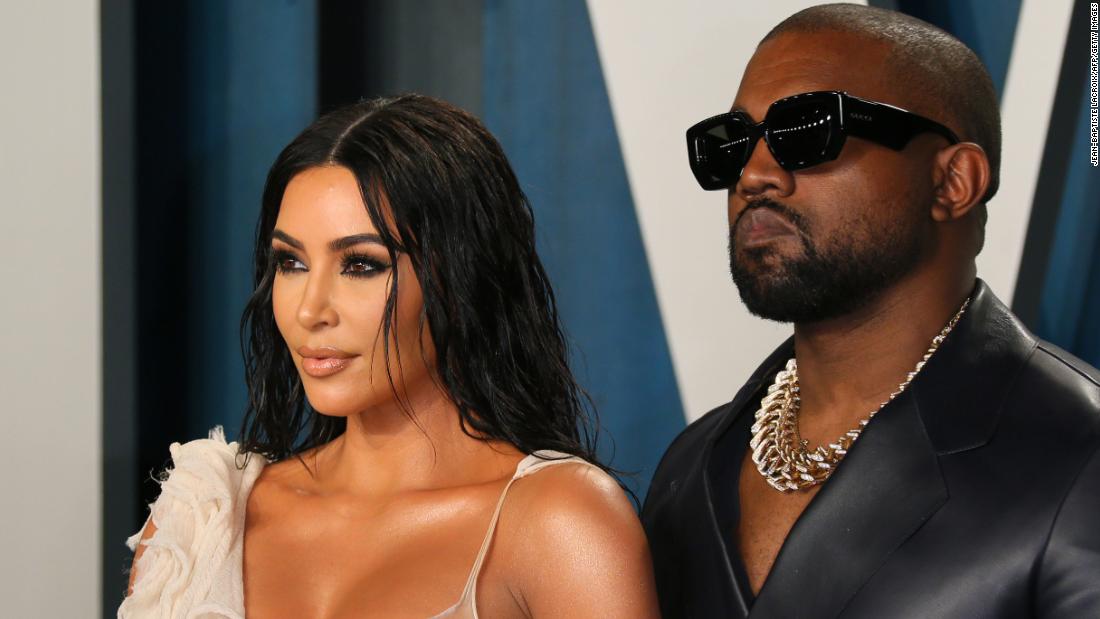 Christy Welder, a representative for Kardashian West, confirmed the divorce filing but said Kardashian West had no additional comment. CNN has reached out to West for comment.

Details from the filing were not immediately available.

West has been living in their home in Wyoming, while Kardashian West has stayed in California with their children.

The couple met in the early 2000s, but it would be years before they became romantically involved.

West interviewed his wife for Vogue Arabia and asked her about the first time they met.

“This was before you released your first album and you were known as a music producer. I was really shy. You thought I was (singer) Brandy’s assistant, which I was not,” Kardashian West recalled. “Ever since you said that, it’s everywhere … like ‘Kim is Brandy’s assistant.’ I was her friend and stylist. (Laughs). I thought you were attractive, nice, very charming, really funny, powerful – I was in awe of you, but I was really shy, quiet, and a little nervous, to be honest. “

Both had high-profile relationships before they went public with their love in 2012.

West famously proposed to Kardashian by renting out a sports stadium and hiring an orchestra, as her family watched from nearby – all of which was documented and shared on the family’s popular E! reality series “Keeping Up With the Kardashians.”

The couple supported each other through tough times, including Kardashian west being robbed at gunpoint in Paris in 2016 during a home invasion.

In 2018, West tweeted his admiration for his wife.

“Gratitude and happiness best describe what my wife means to me,” he wrote. “I’m deeply grateful and purely happy.”

Kardashian West, for her part, has also often spoken out in defense of her husband, who has been open about his struggles with bipolar disorder and stirred controversy with his provocative tweets and political views.

“I understand Kanye is subject to criticism because he is a public figure and his actions at times can cause strong opinions and emotions,” she wrote in a statement shared on social media.

“He is a brilliant but complicated person who on top of the pressures of being an artist and a black man, who experienced the painful loss of his mother, and has to deal with the pressure and isolation that is heightened by his bi-polar disorder . Those who are close with Kanye know his heart and understand his words some times do not align with his intentions. ”

CNN’s Sandra Gonzalez and Cheri Mossburg contributed to this report.

The new vaccine is a valuable weapon against Covid-19, and its rollout will be quick, officials say