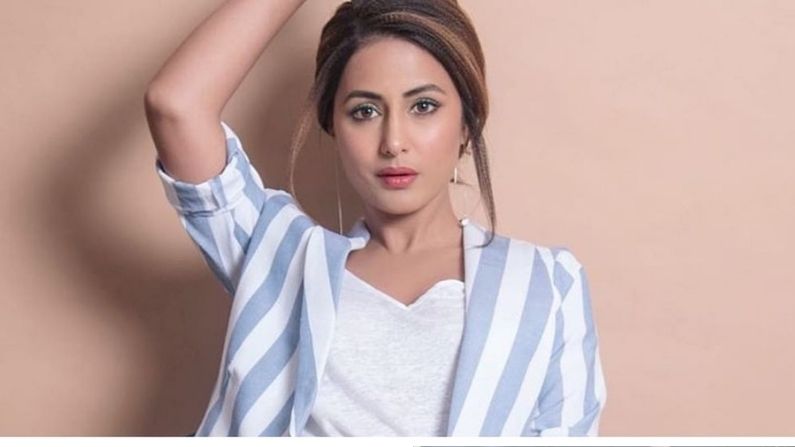 Hina Khan New Music Video: Hina Khan’s new music video will be released on 3 May along with noted singer B Prak. In this, actor Tanmay Singh is also going to be seen with him.

Hina Khan is going to be seen in a new music video soon. The shooting of its song has been completed and soon their fans are going to see their beauty in this song.

By posting about this from Hina’s social media handle, her team has shared this good news with her fans. Please tell that these days he is mourning the death of his father. A week ago, his father said goodbye to the world.

Hina Khan is going to be seen in the music video of famous singer B Prak. B. Prak has sung great songs in the last few years including superhit songs like Teri Mitti Mein Mil Jaan and Aatir. Akshay Kumar’s song has got one billion views so far.

Tanmay Singh is a hero

The name of this music video of Hina is Patthar Vargi. In which she is going to be seen with Tanyam Singh. Tanmay Singh’s song Sayoni was released earlier. Which was well liked. Stone writer Vargi has been written by the famous writer Jani. Whose previous songs Butterflies Varga made a big splash.

Away from social media

Hina Khan has made a distance from social media after the death of her father. Right now, his team is handling their accounts just to message the fans. Hina Khan’s father died of a heart attack last week.

Hina was shooting in Kashmir with Shahir Sheikh at that time. As soon as she heard the news, she came to Mumbai and attended her father’s funeral. It is said that her father did not like Hina initially to work in the film industry, but when she became the number one actress of TV, her father started feeling proud of his daughter’s hard work. His relationship with his father became good again.

Hina Khan was fond of working in TV and films from the beginning. In 2008, he took part in Indian Idol as a contestant. But here she was out in the first round itself.

Then in 2009 he auditioned for the hit TV show Yeh Rishta Kya Kehlata Hai and he got selected for it. After that, in the last 12 years, she did not look back again and she has been seen in almost every big show from Bigg Boss to Khatron Ke Khiladi.

Goods from foreign countries being transported to the states, 40 lakh...