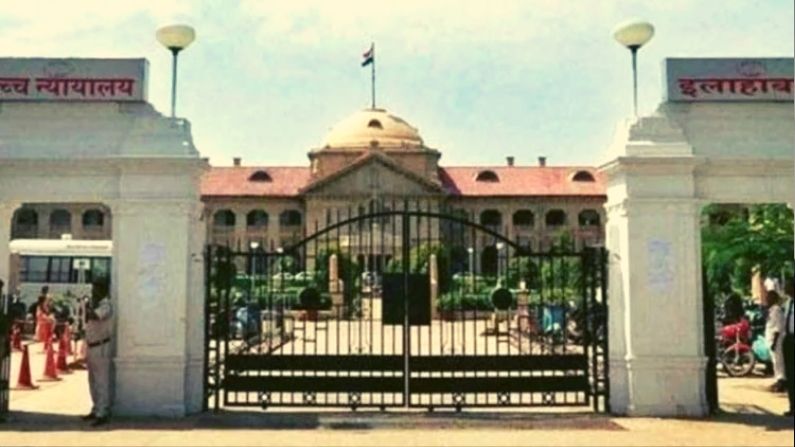 Also, the court has sought a report on the treatment given to High Court Judge VK Srivastava, who died last week from Corona.

Taking cognizance of the news related to the death of Kovid-19 patients due to lack of oxygen, Allahabad High Court has instructed the District Magistrates of Lucknow and Meerut to conduct a factual inquiry within 48 hours. The court has asked both the district magistrates to present their investigation report on the next hearing of the case and be present in the court online.

A bench of Justices Siddharth Verma and Justice Ajit Kumar gave these directions while hearing a PIL on the spread of infection in the state and the status of a separate habitat center. The court said that we are sad to see that due to lack of oxygen supply to hospitals, Kovid patients are dying. This is a criminal act and it is nothing short of a massacre by those who have been tasked to ensure the continuous purchase and supply of liquid medical oxygen.

Death of Covid patients just for non-treating of oxygen to the hospitals is a criminal act and not less than a genocide by those who have been entrusted the task to ensure continuous procurement and supply chain of the liquid medical oxygen: Allahabad High Court

The bench said that while science has advanced so much that heart transplant and brain surgery are being done these days, how can we allow our people to die in this way. Usually we do not ask the state and district administration to check such news which has gone viral on social media, but the lawyers presented in this PIL are supporting such news, so we need the government to take steps in this regard immediately It is necessary to say.

During the hearing, the court was told that the news of the death of five patients went viral on social media due to lack of oxygen in the ICU of the new trauma center of Meerut Medical College last Sunday. Similarly, the Sun Hospital and another private hospital in Gomti Nagar, Lucknow, have no supply of oxygen, and the news of the doctors being beaten up by the Kovid patients is also on social media.

On the death of Allahabad High Court Judge VK Srivastava from infection, the court said that we have been told that Justice Srivastava was admitted to the Ram Manohar Lohia Hospital in Lucknow on the morning of 23 April, but was not taken care of till evening. As the condition worsened at 7:30 pm, he was put on ventilator and on the same night he was taken to SGPGI where he remained in ICU for five days and died untimely from a corona infection.

Allahabad High Court has directed the State Election Commission to produce before it the CCTV footage of the designated counting areas and centers both in the form of footage print and also Pen Drive by the next date fixed.

The court has asked Additional Advocate General Manish Goyal to file an affidavit to explain the treatment of Justice Srivastava at Ram Manohar Lohia Hospital and why he was not taken to SGPGI on 23 April itself. On illegally seized oxygen cylinders, Remedisvir injections / pills and oximeters kept in the consignment, the court said that keeping these items in the consignment is not in any way public interest, as they will all be spoiled.

On this, Goyal said that he will take up this issue with the state government so that they can be properly utilized and they do not go waste. During the hearing, the court was told that during the counting of gram panchayat elections in the state, there was a huge violation of the Kovid guidelines. People gathered in large numbers at the counting venues and the election officials and police remained mute spectators.

On this, the court directed the State Election Commission to present CCTV footage of counting centers in Lucknow, Prayagraj, Varanasi, Gorakhpur, Ghaziabad, Meerut, Gautam Buddha Nagar and Agra on 7 May 2021, the next date of hearing. The court said that we make it clear here that at the same time if the commission finds from the CCTV footage that there has been a clear violation of the Kovid protocol, then it will submit an action plan in this regard.

Another coronavirus surge is unlikely but the pandemic isn’t going away,...