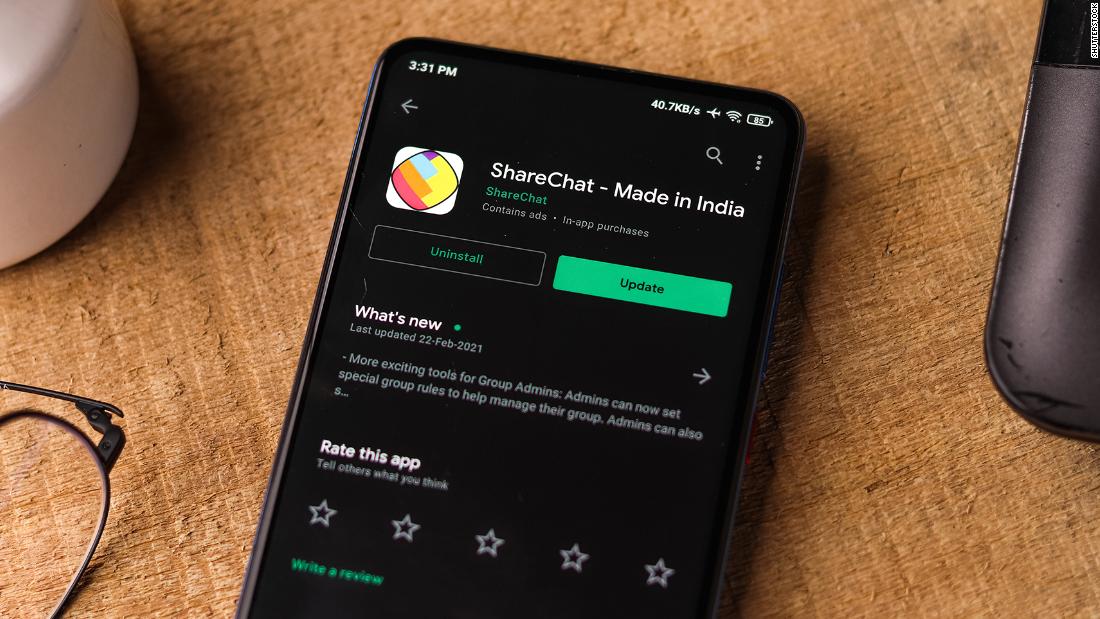 
The $ 502 million funding round was led by investment firms Tiger Global and Lightspeed Venture Partners, and boosted the valuation of Mohalla Tech to a little over $ 2 billion, the company said in a statement on Thursday. This is Snap’s first investment in the company, while Twitter has taken part in two previous rounds, a ShareChat spokesperson told CNN Business.

“With this infusion of capital we would continue to aggressively grow our user base,” Mohalla Tech CEO and co-founder Ankush Sachdeva said in a statement.

The fundraising catapults Mohalla Tech into the growing club of Indian unicorns, or technology startups valued at over a billion dollars. So far, 2021 has been an outstanding year for Indian startup ecosystem, with at least eight other companies acquiring unicorn status.

Mohalla Tech, which was founded in 2015, has raised over $ 766 million in six funding rounds. It has 280 million users across its two products – ShareChat and short video app Moj.

“Moj is well accomplished to seize the opportunity presented by the growth of short video in India. We are impressed with the team’s understanding of these rapidly evolving technologies and its ability to execute quickly,” said Scott Shleifer, partner at Tiger Global, in a statement.