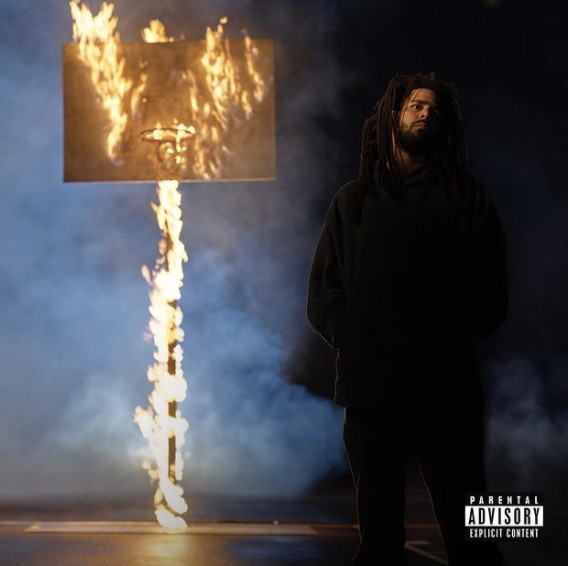 
It’s been nearly three years since we’ve gotten an album from rapper J Cole. but now the wait is over. You read that right. The real is back, the Ville is back! In less than two weeks can look forward to new music.

“Is this thing on,” the rapper wrote on Twitter, leaving fans in anticipation of what he was going to say next. Minutes later, the Platinum-selling rapper confirmed the news: a new album was coming.

“Just know this was years in the making. My new album The Off-Season available everywhere 5/14.” wrote Cole.

The highly anticipated album is the first of three Cole alluded to in an Instagram post back in December. According to the post, the following albums will be titled It’s a Boy and The Fall-Off.

The cover art for the album is similar to his freshman mixtape, The Come Up. The image shows Cole standing in the right corner with a cool-toned, city background. The Off-Season art displays a basketball hoop set on fire in the background.

Cole’s most recent full-length solo studio release was 2018’s KOD, which debuted at the top of the Billboard 200 albums chart and has since been certified platinum by the RIAA. Last year, J. Cole released  “The Climb Back” and “Lion King on Ice”. At the time, he said the two tracks would appear on his next album, then titled The Fall Off. It’s not confirmed if the songs will appear on The Off-Season, or if The Fall Off is a separate project to be released later.

Prior to dropping “The Climb Back” and “Lion King on Ice,” the Dreamville Records founder released “Snow on the Bluff”. The song was released during last summer’s civil unrest against police brutality and systemic racism.

Best Lip Trends to To Wear This Spring Even Under Your...