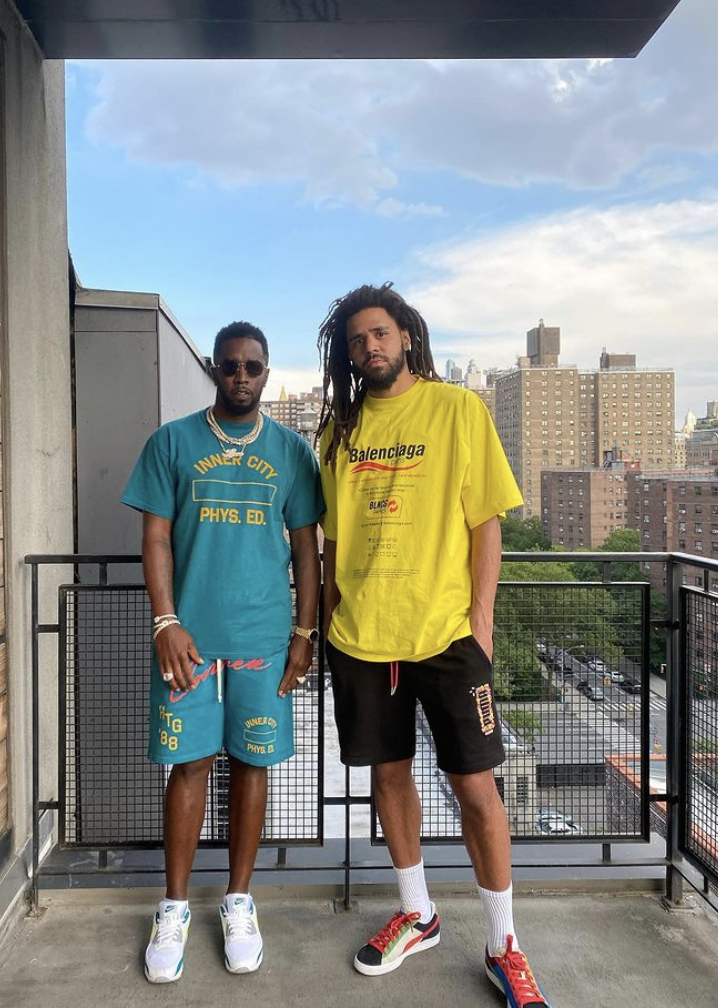 
It looks like J. Cole and Sean Combs squashed their alleged “beef” after rumors of the two getting in a fight, back in 2013. Wednesday, Diddy posted a picture of himself and Cole in New York. In the caption, he said

Right after that post, Combs uploaded a video of the two of them squaring up like they were going to fight. In the caption, he wrote

“And then this happened” with the hashtag Love.

Rumors Of The Alleged Fight

Rumors of a fight were first reported back in 2013. According to an article by Complex, Puffy, and J. Cole were both involved in an incident at the Ciroc Amaretto Launch Party/VMA afterparty. According to source confirmed by Complex,

1. Diddy was visibly intoxicated.
2. He tried to confront Kendrick over the “King of New York” claim in his “Control” freestyle.
3. Diddy allegedly attempted to pour a drink on Kendrick, and J. Cole intervened.
4. The two started arguing and Cole allegedly put his hands on Diddy, which then led to problems between their respective crews.
5. After a brief scuffle, both crews separated.

While the two haven’t directly spoken on the alleged altercation, J Cole addressed an incident involving Sean Combs in his album The Off Season. In his song Let Go My Hand, Cole mentioned an alleged “Scrap” that took place between himself and Sean Combs.

“My last scrap was with Puff Daddy, who would’ve thought it? I bought that nigga album in seventh grade and played it so much. You would’ve thought my favorite rapper was Puff. Back then I ain’t know shit, now I know too much. Ignorance is bliss and innocence is just ignorance before it’s introduced to currency and clips; Or bad licks that have a nigga servin’ three to six, shit,” rapped the Dreamville Records founder.

Kamal Haasan’s Party To Fight In 154 Seats In Tamil Nadu,...

After Ayodhya and Lord Ram, Oli’s new claim – Yoga was...

The Covid-19 hospital so bad patients want to get out