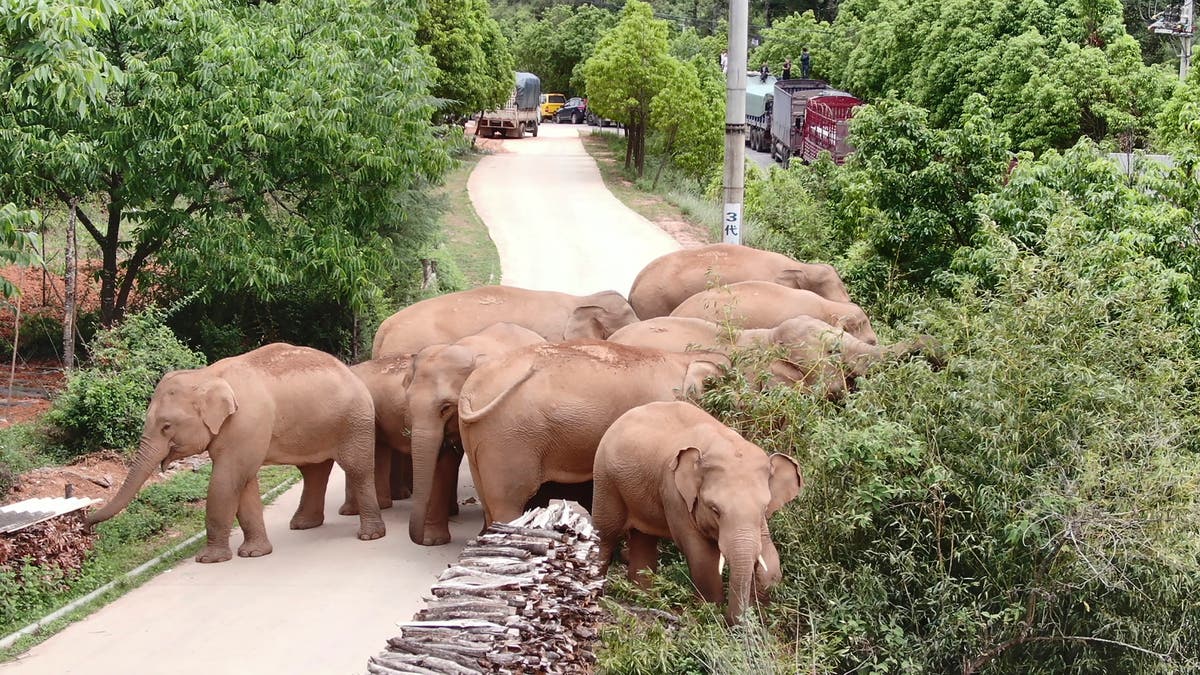 
A herd of wild elephants that have attracted global attention for their year-long trek through China has resumed walking after resting for a spell in a forest.

The herd of 15 wild Asian elephants has covered a 500km stretch on a journey that began over a year ago when they left their designated elephant protection zone in Xishuangbanna, near China’s border with Myanmar.

They are believed to be headed northwest, though the reason behind this migration is unknown.

The group took a break on Monday, during which they were captured sleeping together in a patch of forest on the outskirts of southwest China’s Kunming. The provincial forest fire brigade has released the drone camera footage.

The elephants were walking back on Tuesday, however, again triggering fears of them approaching human settlements and rousing local authorities into a fresh flurry of activity.

Tracking teams are currently working around the clock to monitor their movements. More than 400 emergency response personnel have also been deployed.

The herd is attracting growing attention now thanks in part to the stop-start nature of its journey.

The animals are said to have arrived in Pu’er in Yunnan in November, where a female elephant gave birth to a baby and settled in place for five months before starting to walk again on 16 April.

Chen Fei, director of the State Forestry and Grassland Administration’s Asian Elephant Research Centre, said they were watching closely to see if the herd resumes its northward trajectory, and would evacuate villages if necessary.

Wildlife experts are attempting to understand the possible reasons behind this unusual activity from the elephants. It is believed that the space available for China’s last remaining native elephant community has gradually shrunk over the years, with the tropical forests of Xishuangbanna replaced with banana, tea or rubber plantations or used to plant lucrative raw materials for traditional Chinese medicine.

Conservation efforts in Yunnan over the past decade have also seen elephant numbers double, putting land and resources under increasing strain.

The Asian elephant is an endangered species and despite their numbers rising, China’s population of wild elephants is only believed to be around 300, mostly centered in Yunnan.

Twitter’s new subscription service will let you undo your tweet

France and Germany ‘seeking full clarity’ from US and Denmark on...