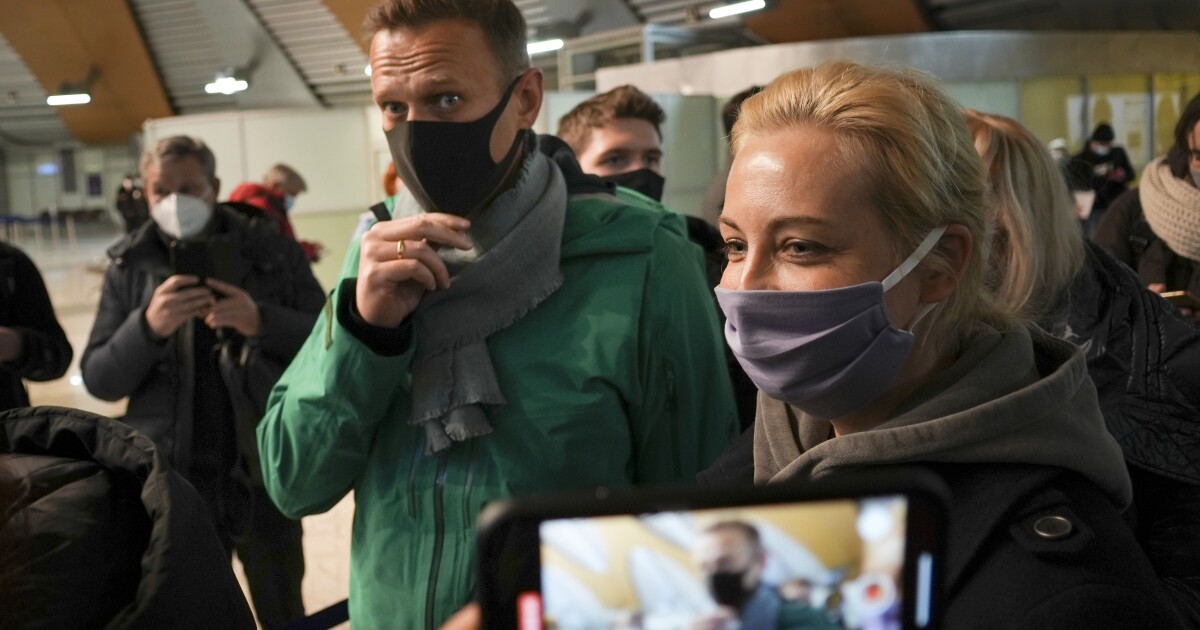 Before President Biden and his counterparts arrived in Britain for the annual G-7 summit that began Friday, activists, diplomats and political dissidents had already gathered virtually this week to pressure world leaders into doing more to promote human rights.

The 13th annual Geneva Summit for Human Rights and Democracy, which included representatives from Belarus, China, Cuba, Russia, Zimbabwe and other countries, on Monday and Tuesday aimed to draw attention to people imprisoned in various places, ahead of the United Nations Human Rights Council session slated to start June 21.

The Geneva summit, organized by 25 nongovernment human rights organizations and held online for the first time because of the pandemic, featured testimonies on issues that participants say do not get enough attention from the UN group. Topics included concerns about rigged elections, arbitrary detention, forced labor camps and torture.

“Our responsibility is to ensure that the fight for basic human rights is a constant, year-round commitment,” said Hillel Neuer, executive director of UN Watch, a nongovernment organization and UN watchdog.

The UN Human Rights Council, which is responsible for safeguarding human rights worldwide, meets annually to determine the best ways to respond to situations that the council’s 47 UN member states believe require attention. this year’s agenda includes efforts to eradicate discrimination against women, prevent genocide and protect freedom of expression. The council identified human rights conditions in Belarus, Myanmar, Syria, Venezuela and the Palestine as among those considered especially urgent.

The G-7 summit Friday to Sunday, part of Biden’s first trip abroad as president, is expected to focus on COVID-19 recovery and the global economy. It will include leaders from the world’s biggest democracies, namely Britain, Canada, France, Germany, Japan, Italy and the United States.

Biden also plans to meet with Russian President Vladimir Putin in Geneva next Wednesday. That meeting, which the Biden administration has said would “seek to restore predictability and stability to the US-Russia relationship,” is expected to include concerns about human rights.

On Wednesday, a court in Moscow ruled that opposition leader Alexei Navalny’s anti-corruption movement is an extremist network and that people associated with it could be prosecuted. Critics consider the decision one of the ways the Putin government seeks to silence opponents.

The Navalny case has drawn worldwide reaction, including from Biden

During the human rights summit, Navalny’s daughter, Daria Navalnaya, accepted the Moral Courage Award on her father’s behalf and dedicated it “to every single political prisoner in Russia and Belarus,” per his request.

“You really should be looking at my father,” Navalnaya said in a video. “But he’s in a Russian prison right now … because he didn’t die when the Russian government wanted him to.”

Navalny was detained in January, after returning to Russia from Germany, where he spent five months recovering from nerve agent poisoning. Russian officials denied any involvement and even questioned whether he was actually poisoned. Labs in France, Germany and Sweden, however, confirmed that he was exposed to the Soviet-era nerve agent Novichok, as did the Organization for the Prohibition of Chemical Weapons.

At the time of his arrest, Russian authorities said Navalny had violated the parole terms of a suspended sentence for embezzlement. In prison, the opposition leader’s health deteriorated. He developed severe back pain and numbness in his legs and staged a hunger strike to demand better medical attention.

The Biden administration has already demanded Navalny’s release. In January, national security advisor Jake Sullivan tweeted that “the perpetrators of the outrageous attack on his life must be held accountable.”

“The Kremlin’s attacks on Mr. Navalny,” Sullivan said, “are not just a violation of human rights, but an affront to the Russian people who want their voices heard.”

Ekpar Asat has been in Chinese government custody since 2016

Rayhan Asat, a lawyer based in Washington, spoke during the human rights and democracy summit on behalf of her brother, Ekpar Asat, who has been detained by the Chinese government since 2016. He was an entrepreneur who founded a social media app for Uyghurs, a Turkic-speaking Muslim group that considers Xinjiang, an autonomous territory in northwest China, its homeland. According to Rayhan Asat, her brother adhered to the nation’s censorship rules.

In 2016, Asat was wrapping up her studies at Harvard Law School. Her brother was also in the United States. He’d been invited to participate in the prestigious International Visitor Leadership Program, sponsored by the State Department. To celebrate her graduation, Asat’s brother promised to return in a few months, parents in tow, so they could take a road trip along the Pacific Coast. That day never came.

“I still remember watching my classmates celebrate with their families while I held back tears,” Asat said at the summit.

Chinese security officers detained her brother weeks after he returned home. Then it took months to learn of his whereabouts. In response to a bipartisan letter signed by seven US senators, the Chinese Embassy sent an email informing them that Asat’s brother had been sentenced to 15 years in prison, on suspicion of inciting ethnic hatred.

At the summit, Asat described her brother’s plight as part and parcel of what’s happening to Uyghurs and other ethnic minorities in China, hundreds of thousands of whom have been forced into labor camps. She also pressed the international community to examine its complexity. Corporations, said Asat, “conveniently ignore the forced labor of Uyghurs because they profit from it.”

Vladimir Kara-Murza, a Russian politician and vocal critic of the Kremlin, played a key role in the passage of the Magnitsky Act, which authorizes the president to impose economic sanctions and deny entry into the US to any foreign person identified as engaging in human rights abuse or corruption. At the summit, he described what it was like to survive two poisoning attempts, as well as the aftermath of being in a coma and having to relearn how to walk. He framed the relationship between geopolitics and protecting human rights in practical terms.

In the early part of Putin’s rule, he said, the international community “turned a blind eye on growing domestic repression in Russia,” including the shutting down of freedom of assembly, media censorship and election fraud. Then, he said, the world “woke up to the first state-to-state territorial annexation in Europe since the Second World War,” in reference to Crimea, along with Moscow’s meeting in US elections.

“Those things are interrelated,” said Kara-Murza. “When you have a government that represses its own people … and breaks its own laws, why would it respect the norms of international law, the interests of other countries?”

Other voices from the human rights and democracy summit

During the two-day event, activists weighed in on the global state of democracy. Some made pleas for victims of human rights abuses.

“You saw the crumbling buildings. You heard the name Aleppo,” said Waad Al-Kateab, a Syrian refugee and award-winning documentary filmmaker who documented the conflict in his country. Referencing President Bashar Assad’s reaction to the rebel facts, she added: “When you stand by and watch a regime massacre its own civilians for years and you do nothing, you enable every anti-democratic government around the world.”

Tania Bruguera, a Cuban performance artist who summit organizers said has been repeatedly arrested for work that’s critical of the government, submitted her testimony through a voice recording. In it, she said it’s no longer possible to “be naive or indolent about the Cuban government’s actions toward human rights defenders and activists. The international community is also responsible for what happens to us.”

Svetlana Tikhanovskaya, who ran for president of Belarus in 2020 after her husband was jailed for attempting to do the same, fled the country after the election. Her husband, YouTuber Sergei Tikhanovsky, has been in jail since May, charged with plotting “mass disturbances.” During her speech at the summit, she called on international democracies to put pressure on President Alexander Lukashenko — who’s been in power for nearly three decades — to release political prisoners, “stop brutalizing journalists and, most importantly, demand free and fair elections.”

Evan Mawarire, a clergyman who founded the #ThisFlag Citizen’s Movement to challenge corruption, injustice and poverty in Zimbabwe, was imprisoned and tortured in 2016, 2017 and 2019. At one point, he was forced into exile with his family. Once they were safe, he decided to return.

“Dictators crave to be feared,” he said during the summit. “They want to know you’re afraid to the point where you’ll run and never come back. Part of it for me was to start modeling a different type of citizen. … We show them that we have what it takes to think for ourselves and to want a better nation.”