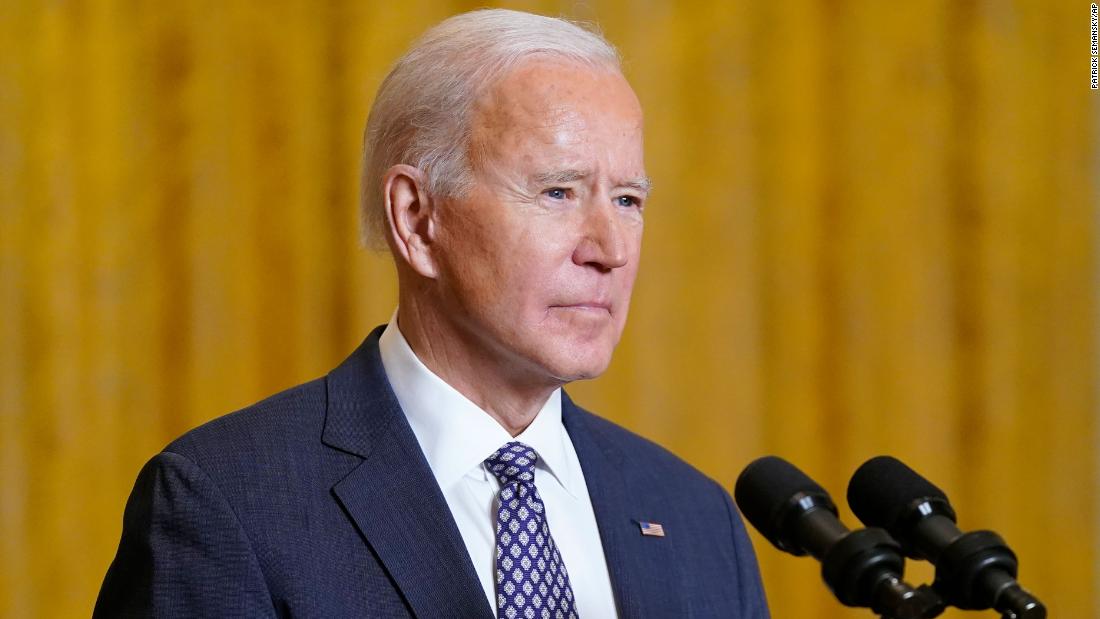 The friendship between Biden and Dole, the former Senate Republican leader who recently revealed that he has been diagnosed with stage four lung cancer, was forged over the many years that the two men served together in the Senate. Biden often speaks with nostalgia about his working relationships with GOP leaders during that less polarizing time when negotiation was the rule rather than the exception.
But on the pandemic, at least, he is leaning in with the limited political capital he has in a narrowly divided Congress, while taking his case for the package directly to the American people as he tries to overcome Republican opposition.
In this first glimpse of Biden’s primary salesmanship, he has not been shy about calling out Republicans who are wary of supporting his American Rescue Plan, despite its popularity – urging them to offer their ideas for potential compromise. On Friday, at a Pfizer plant In Michigan manufacturing vaccines, he made an impassioned case for the bill while pushing back on Republican critics who have said it is too big and too expensive.

In its current form, the house bill released Friday, which closely mirrors Biden’s proposal, would provide direct payments of up to $ 1,400 per person for Americans making up to $ 75,000 annually, while extending key pandemic unemployment programs through August and the 15% increase in food stamp benefits through September. The legislation also includes assistance for struggling homeowners and those at risk of homelessness, as well as substantial tax credits for families and low-income workers.

With many parents focused on how to get their children back to in-person classes, Biden and his aides have extended the nearly $ 130 billion that the plan would provide to K-12 schools to help them pay for safety modifications that the administration hopes will allow more schools to reopen.

One of the most controversial provisions is the phased increase of the $ 7.25 an hour federal minimum wage to $ 15 per hour by 2025. Moderate Democratic Sens. Kyrsten Sinema of Arizona and Joe Manchin of West Virginia have already signed their opposition to that provision – and with the Senate divided 50-50, Biden cannot afford to lose a single member in his caucus. The Senate parliamentarian also must review whether the minimum wage increase would have a direct impact on the federal budget – allowing it to be considered as part of the process known as reconciliation that could enable Democrats to pass the legislation on a party-line vote.
Biden has acknowledged that he believes the minimum wage increase is unlikely to survive as part of the package. But Vermont Sen. Bernie Sanders, an independent who caucuses with Democrats and is also chairman of the Senate Budget Committee, has forcefully advocated for the provision as a change that he said the nation “desperately needs.” During an interview with CNN’s Wolf Blitzer on Friday night, he noted that the increase would be gradual, and that the federal government would provide tax credits to small businesses to help cushion the impact.

“If you were to ask me what the major economic crisis in this country is today – it’s not just unemployment. It is the fact that half of our workers are living paycheck to paycheck, and millions of people are working for starvation wages,” Sanders told Blitzer. “You cannot survive in any state in this country on 8 or 9 bucks an hour. You certainly cannot raise your kids on those wages.”

Sanders said in an interview with CNN Saturday that he was confident that the Senate parliamentarian would ultimately side with the argument that he and other progressives have made that “raising the minimum wage to $ 15 an hour is not ‘incidental’ to the federal budget and is permissible under the rules of reconciliation.” ”

Rep. Pramila Jayapal, a Washington Democrat who chairs the Congressional Progressive Caucus, told reporters last week that the current economic conditions and makeup of the Senate have created “our best opportunity” and “the right moment” to pass their long-held goal of increasing the minimum wage to $ 15 per hour.

In a preview of the arguments Republicans will make this week, GOP leaders in the House have already begun urging their members to vote against the bill, calling it the “Payoff to Progressives Act.” In an email to members Friday received by CNN, the office of House Minority Whip Steve Scalise, the no. 2 House Republican, argued that Democrats have rushed the legislation to the floor – and said it will “bail out blue states” while “paying people not to work.”

Scalise’s office characterized the bill as the embodiment of a “liberal wish list.”

Biden is looking to overcome those Republican objections by continuing to appeal directly to the American people this week. And Republicans’ objections over the next week carry some risk, given the popularity of the legislation.

A Quinnipiac University poll released earlier this month showed that nearly 7 in 10 Americans supported the $ 1.9 trillion package and only 24% opposed it. The support was overwhelming among Democrats, but also significantly among independents (who said they favored the bill 68% to 25%). Republicans opposed the package in the survey 47% to 37%.

Speaking in Michigan on Friday, Biden said he was open to ideas about how to “make the package better and make it cheaper.”

“My hope is that the Republicans in Congress listen to their constituents,” he said. Americans, he added, “want us to act, and act big and quickly and support the plan.”

China calls for reset in Sino-US relations – Times of India

The situation worsened in Myanmar: the army opened fire on those...