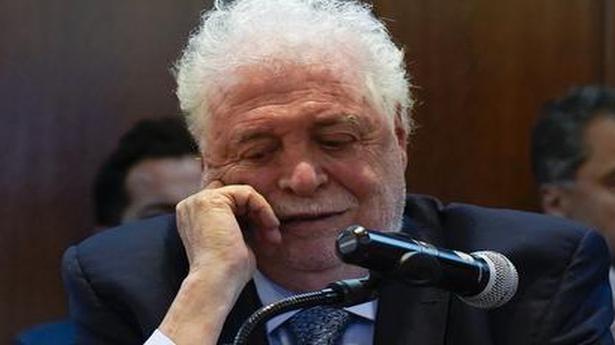 President Alberto Fernández asked Argentina’s Health Minister to resign after a well-known local journalist said he had been given a coronavirus vaccination preferentially after requesting one from the Minister, a government official said Saturday.

The President “instructed his chief of staff to request the resignation of Health Minister” Ginés González García, who is in charge of the government’s COVID-19 strategy, said the official, who was not authorized to release the information and spoke on condition of anonymity. He did not say who would replace Mr.González García.

Mr. Gonzalez Garcia had not spoken publicly about the resignation request, but the official said he was no longer part of the government.

The scandal erupted when journalist Horacio Verbitsky, whose stories and columns on a website and on the radio are seen as pro-government, said he called the mMnister to request a vaccinination and González García summoned him to the Health Ministry where he received a Sputnik V vaccine shot Friday.

“I decided to get vaccinated. I started to find out where to do it. I called my old friend Ginés González García, whom I have known long before he was a minister, ”Verbitsky told a local radio station. “I went to the ministry and the team of vaccinators was there.” The case is not isolated in Argentina, where in recent days reports have emerged of mayors, legislators, activists and people close to political power receiving the vaccine despite not being in the priority group of doctors, health personnel and the elderly authorized to receive shots.

Mr. Fernández’s government has been harshly criticized for Argentina’s slow vaccination operation. So far, the South American country has received about 1.5 million doses, mostly Sputnik V but also AstraZeneca, insufficient to immunize a population of 40 million.

Argentina has had 2 million people infected by the coronavirus and 50,857 deaths from COVID-19.

Corona in the world: the difference in the number of patients...

India, China begin 10th round of talks on next phase of...