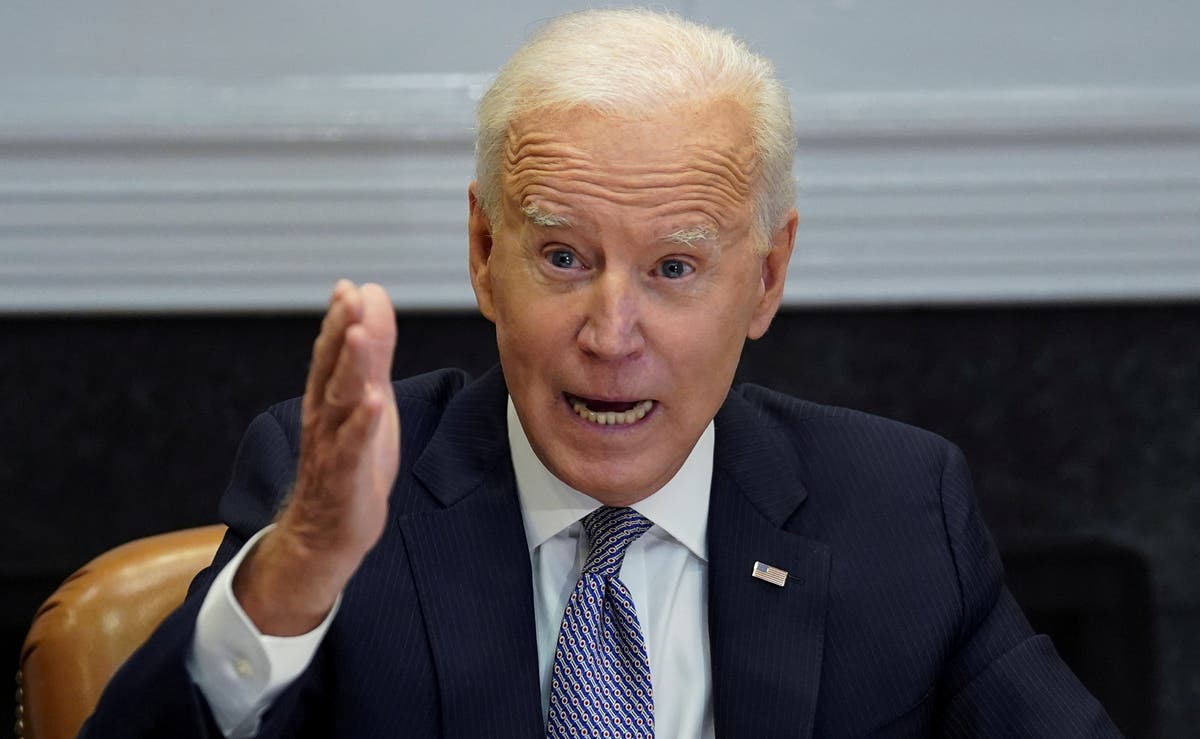 Joe biden will this afternoon formally announce the withdrawal of US troops from Afghanistan by 11 September – ending nearly two decades of war that killed more than 2,200 US troops, wounded 20,000, and cost as much as $ 1 trillion (£ 720bn). Estimates suggest more than 100,000 Afghans lost their lives in the conflict.

His speech comes as US climate envoy John Kerry is heading to China for talks between the world’s two biggest carbon emitters ahead of an environmental summit of world leaders. Intelligence chiefs have warned in an annual briefing that the climate emergency poses increasing risks to US national security on multiple fronts.

Jill biden has returned to the White House after a “common” medical procedure, to which she was accompanied by her husband. There was no immediate detail offered about the nature of the first lady’s treatment.

The president said he called former president Bush, who oversaw the invasion of Afghanistan, to discuss the US withdrawal.

“While he and I have had many disagreements about policy throughout the years, we’re absolutely united in our respect and support for the valor, courage and integrity of the women and men of the United States armed forces who served,” Biden said.

Nato to join US in Afghanistan withdrawal by September 11

“The plan has been long, in together, out together,” Biden said.

“US troops, as well as forces deployed by our Nato allies and operational partners, will be out of Afghanistan before we mark the 20th anniversary of that heinous attack on September 11th. But, we will not take our eye off the terrorist threat. “

Final withdrawal to begin 1 May

Joe Biden said the United Stated negotiated an agreement with the Taliban to withdraw from Afghanistan by 1 May, and while he wouldn’t have made those terms himself, deal with the US government “means something”.

“So in keeping with that agreement with our national interests, the United States will begin our final withdrawal beginning on May 1 this year,” he said. “I will not conduct a hasty rush to the exit. We will do it responsibly, deliberately and safely. “

“It’s time for American troops to come home,” he added.

The terrorist threat has ‘metastasized around the globe’, says Biden

Since Osama bin Laden was killed 10 years ago, Joe Biden says the reasons for the US remaining in Afghanistan became unclear.

“Even as the terrorist threat that we went to fight developed. Over the last 20 years the threat has become more dispersed, metastasizing around the globe, ”he said.

“With the terror threat now in many places, keeping thousands of troops grounded and concentrated in just one country at a cost of billions each year makes little sense to me.”

The president said they went to Afghanistan to ensure the country could not be used as a base to attack the United States.

“We did that, we accomplished that objective,” he said. “We’d follow Osama bin Laden to the gates of Hell if need be. That’s exactly what we did. And we got him. “

Joe Biden begins remarks on the US withdrawal from Afghanistan

Biden to follow through on Trump’s $ 23bn weapons deal to UAE, reports

A State Department spokesperson confirmed to the outlet that the sale of F-35 fighters and armed drones, among other weapons, would go ahead while they continued to review other weapon deals.

“We can confirm that the administration intends to move forward with these proposed defense sales to the UAE, even as we continue reviewing details and consulting with Emirati officials to ensure we have developed mutual understandings with respect to Emirati obligations before, during, and after delivery, “the spokesperson said Wednesday

The weapons would be delivered by 2025 at the earliest, which the spokesperson said would allow for “robust and sustained dialogue” to ensure the weapons were used in a way that respects human rights.

Congress had expressed concern with how the weapons would be used amid the conflict in the Middle East.

House Republicans dabbled in some proper comedy on Wednesday, with a milk carton appealing for the vice president Kamala Harris “MISSING AT THE BORDER”.

Joe Biden named Harris as his border czar to solve the complex problem of illegal immigration coming through the Mexico border.

Steve Scalise held called on Harris visit the border itself to see what the administration’s policies were creating at child migrant facilities.

“If she’s the vice president of the United States and the president put her in charge of this, Vice President Harris needs to go down to the border and see this for herself,” Scalise said during a Wednesday news conference, according to Fox news. “Because maybe she would then encourage President Biden to reverse his policies that have failed.”

Harris announced on Wednesday that she would visit the northern triangle in Central America to discuss the root cause of migration, including stops in Mexico and Guatemala.

But she stopped short of confirming a visit to Mexico’s border with the US as part of the trip.

“The president has asked [Homeland Security Secretary Alejandro] Mayorkas to address what is going on at the border, and he has been working very hard and is showing some progress, ”Harris said, according to the Washington examiner. “I have been asked to lead the issue of addressing the root causes, similar to what the then-vice president did many years ago.”

A US Capitol police officer has been cleared of any wrongdoing in the fatal shooting of Air Force veteran Ashli ​​Babbitt during the 6 January riot.

Federal prosecutors in Washington, DC made the decision saying that there was insufficient evidence to prove that Ms Babbitt’s civil rights were violated.

It was determined that it was reasonable to believe that the unnamed officer acted out of self defense or in the line of duty, defending lawmakers and congressional staff as they fled the House chamber.

A statement by the US Attorney’s Office for the District of Columbia said that the Department of Justice will not pursue criminal charges against the officer having studied footage of the incident posted to social media, as well as statements from the office involved and other witnesses.

The independent’s Oliver O’Connell is following the breaking news.

BREAKING: No charges for US Capitol officer who shot pro-Trump rioter

Federal prosecutors will not charge the officer who shot and killed Ashli ​​babbitt during the riot on the US Capitol 6 January.

16 Psyche Asteroid: NASA’s spacecraft set to launch next year on...

Imran’s address to the country: After the defeat in the Senate...