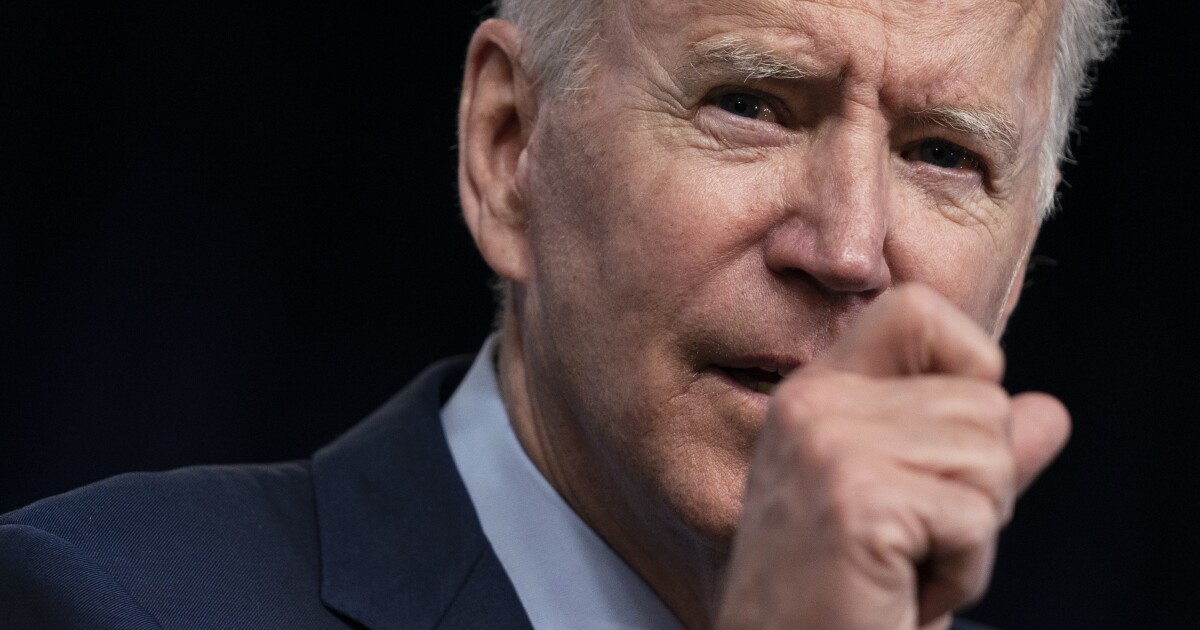 
President Biden, making his first foray into efforts to control gun violence since taking office, plans to announce Thursday an effort to limit so-called ghost guns – weapons sold without serial numbers or other identifying information – and to nominate a figure from a major gun control group as director of the federal agency that regulates firearms.

The executive actions come after two recent massacres and as some activists in anti-violence groups have expressed disappointment with the administration for putting gun regulation behind other priorities, including the COVID-19 relief bill and Biden’s recently announced $ 2-trillion infrastructure proposal.

The administration’s moves, which Biden plans to announce at an event with Atty. Gen. Merrick Garland, are relatively limited in scope, but mark a sharp shift in course from the Trump administration, which consistently deferred to the National Rifle Assn. and other gun rights groups and opposing measures to expand gun regulation.

A senior Biden administration official who briefed reporters on Wednesday noted that the moves are “an initial set of actions the administration is taking to address gun violence” and that further steps could come later. The official spoke under the condition that they are not identified by name.

The most concrete of Biden’s proposals will be new federal rules aimed at ghost guns, made from kits that purchasers can assemble into weapons with relative ease and a few basic tools. The kits are not classified as firearms, which means a person can buy them without a background check and they can be sold without the identification stamps required for guns.

The sales of such kits have grown rapidly in recent years, and ghost guns have increasingly been showing up at crime scenes. Law enforcement officers in California have estimated that roughly 3 in 10 guns recovered from crimes in the state are ghost weapons. In February, Los Angeles City Atty. Mike Feuer filed a lawsuit against a Nevada-based seller of such kits, saying that “untraceable ghost guns are the emerging weapon of choice for criminals” in Los Angeles and other major cities.

Under Biden’s plan, the Justice Department will propose a new rule within 30 days that would require background checks for purchases of ghost guns, according to the senior administration official. The rule will likely involve reclassifying the kits as firearms under federal law.

Because the proposal will require new federal regulations, however, it will have to go through a lengthy period of public comment before it can fully take effect, meaning the new restrictions probably won’t limit sales until late this year at the soonest.

The administration will also step up funding of efforts to reduce urban gun violence, which has jumped in several cities over the last year.

Biden has proposed $ 5 billion over the next eight years for “community violence interventions,” a term that covers a range of programs designed to deter violence using tools other than putting people in prison. These measures can include conflict intervention, connecting people with social service agencies and working with shooting victims while they are hospitalized in hopes of avoiding retaliatory attacks.

Such programs have had a significant impact in reducing homicides where they have been tried, White House officials say.

While waiting for Congress to act on the $ 5-billion request, the administration will direct more than two dozen federal agencies to look at existing accounts to find money to support such programs.

The administration’s steps drew an attack from the NRA, but praise from gun safety groups.

In a message on Twitter, the NRA denounced Biden’s plan, calling it “extreme” and saying that the administration’s regulatory proposals, which haven’t been written yet, “could require law-abiding citizens to surrender lawful property.”

The actions will “begin to make good on President Biden’s promise to be the strongest gun safety president in history,” John Feinblatt, the head of Everytown for Gun Safety, said in a statement. “In particular, ghost guns allow anyone, anywhere to easily obtain an untraceable firearm, and the Biden administration’s decision to treat them like the deadly weapons they are will undoubtedly save countless lives.”

Biden will also name David Chipman as director of the Bureau of Alcohol, Tobacco, Firearms and Explosives, the federal agency that regulates guns and gun sales. Chipman, who spent about two decades as an ATF agent, is a senior policy advisor to the advocacy group Giffords, set up by former Rep. Gabrielle Giffords of Arizona after she was shot and severely wounded at an event with constituents.

“There is no one better to lead ATF right now,” the senior administration official said, citing Chipman’s experience with the agency.

Since 2006, when Congress directed that the head of the ATF to be subject to Senate confirmation, the NRA and other gun-rights groups have consistently worked to block nominees. The last Senate-confirmed head of the agency, B. Todd Jones, who was named by President Obama, stepped down in 2015, and acting directors have run the agency since, limiting its ability to pursue new programs.

Chipman’s extensive contacts with groups that advocate greater regulation of firearms could assuage some of the complaints that the administration has been slow to move on gun issues.

Through much of his career, Biden has been active on gun control efforts, often boasting of his role in beating the NRA in legislative battles during the Clinton administration, when he was a senator.

As vice president under Obama, he took a role in helping craft gun control proposals, including a legislative effort after the murder of 20 first-graders at Sandy Hook Elementary School in Newtown, Conn., in December 2012. That legislation failed in the Senate.

But since taking office as president, Biden has focused heavily on other issues, generating some unhappiness from groups that have been his allies in fighting for gun regulations.

Complaints mounted after Biden’s news conference late last month, at which he said: “Successful presidents, better than me, have been successful, in large part, because they know how to time what they’re doing – order it, decide and prioritize what needs to be done.”

Asked about gun control, immigration and other issues, Biden said that “the most urgent problem” was the COVID-19 pandemic and its economic fallout.

“The other problems we’re talking about, from immigration to guns and the other things you mentioned, are long-term problems; they’ve been around a long time, “he said.

Calls for action on guns grew louder after the mass shootings last month in Boulder, Colo., Where 10 people, including a police officer, were killed, and in the Atlanta area, where eight people, six of them women of Asian descent, died.

None of those shootings, however, has broken the stalemate in Congress on gun issues.

The House passed two bills last month to close loopholes in the federal background check program, but opposition in the Senate has stalled any action. The Senate could take up a more limited bill later this spring that would close a loophole – requiring background checks for weapons sold at gun shows – but even that faces a difficult legislative road.

Japan Says PM Suga Plans To Meet Biden In US Next...