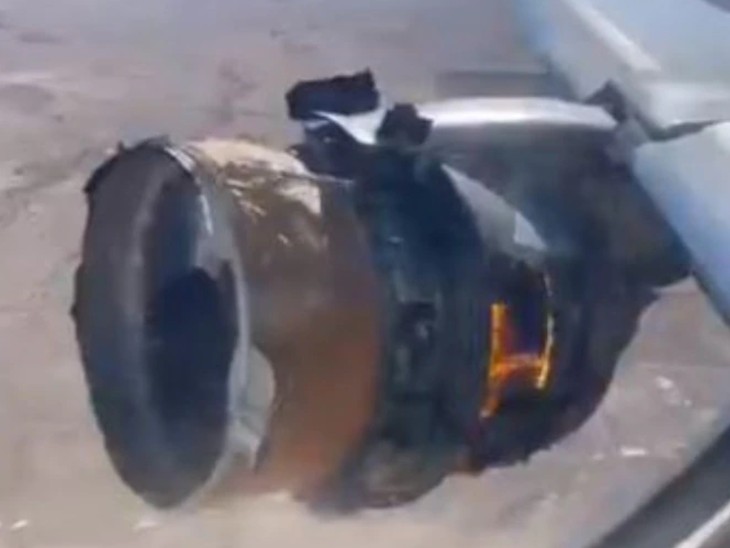 As soon as takeoff from Denver Airport in the US, the flight engine failed and caught fire.

A major plane crash in America was averted on Sunday. Flying at an altitude of several thousand feet, the Boeing 777 engine failed. On seeing this, the right engine caught fire and the debris started burning down. The commercial aircraft had 231 passengers and 10 crew members. The pilot consciously made the flight safe at Denver Airport. The flight was going from Denver to Honolulu.

Engine failure on Boeing 777 United aircraft. Plane took off from Denver and returned safely in 20 minutes. Engine parts fell soon after take off. Pilots flew the aircraft back safely. Look at the engine, it’s hardly in shape. pic.twitter.com/gByQ9Sj85q

A fire broke out while flying off the runway
It is being told that the engine caught fire within minutes after taking flight from Denver Airport of America. Meanwhile, the National Transport Security Board (NTSB) has formed a team to investigate the incident.

Passenger sitting on plane made video of burning engine
There was chaos in the flight as soon as the engine of the plane caught fire. However, the pilot gave him courage. At the same time, he said that he is doing everything possible for safe landing. During this time a passenger made a video of the burning engine. It became viral as soon as social media was shared.