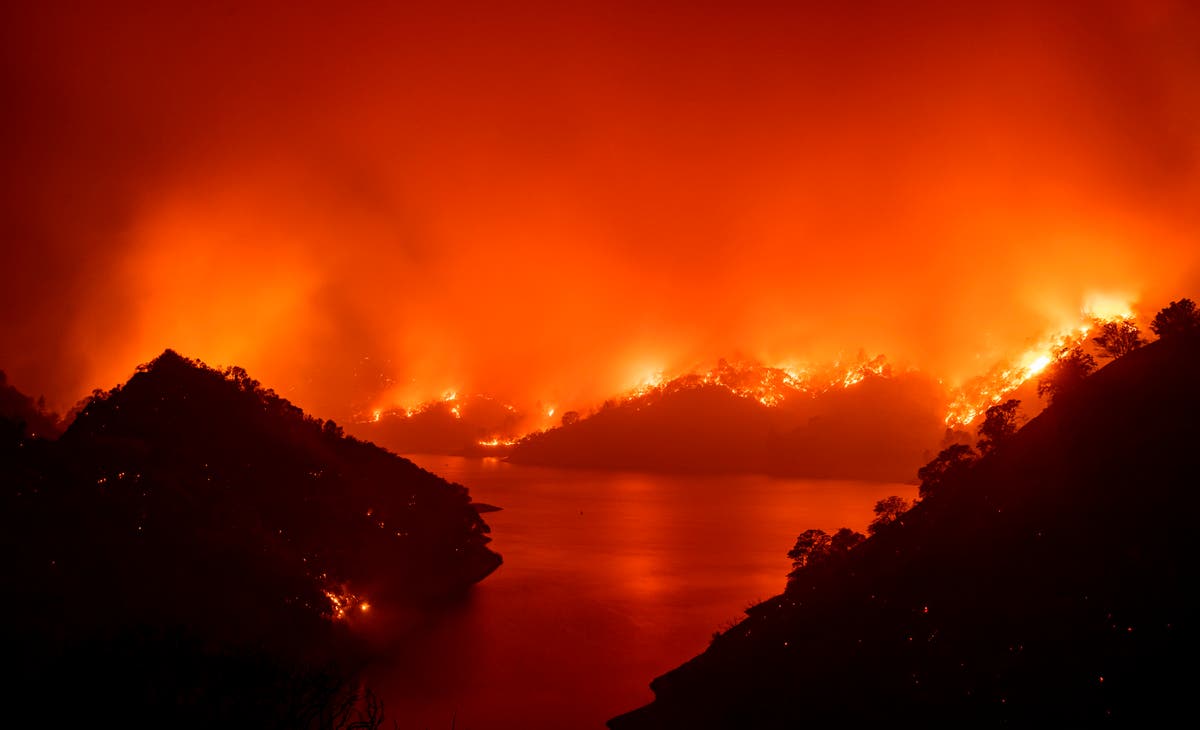 
Unseasonably warm temperatures in California are causing alarm among weather monitors who fear the conditions will result in wildfires earlier than expected.

Temperatures this week are expected to climb as high as 99 degrees.

The los angeles times reported that temperatures in certain parts of the state would reach near record-breaking highs, and were being driven by a hot air mass moving from the south to the north.

Small brush fires have already broken out throughout the Thousand Oaks region, including one 28-acre blaze and another in Castaic on Wednesday that grew to 650 acres.

The National Weather Service has advised people to drink water and to be extra cautious while spending time outdoors or by flames.

Forecasters said the temperatures should begin to cool by Saturday, dropping into the high 70s and low 80s across the Los Angeles area.

The temperature spike comes on the heels of drought conditions throughout the region caused by low levels of mountain snowfall. That snow melts during the spring and feeds the state’s water sources.

California’s Department of Water Resources issued a survey on 1 April which found the snowpack in the central Sierra was only 63 per cent of the average, or 16.5 inches.

Agencies that oversee water distribution in the state have already notified agricultural customers in certain regions that they would be receiving less water than they would otherwise have been allocated as a result.

The drought conditions – paired with high temperatures – are a volatile mixture that could create a ripe environment for powerful and plentiful wildfires, which have grown more often and severe amid the climate crisis.

An analysis by the Department of Civil and Environmental Engineering at the University of California, Irvine found that the California wildfire season has lengthened over the past 20 years, with the peak of the season shifting from August to July.

The report was published in the journal Nature Scientific Reports.

The changes in the wildfire season have been driven by climate change and other man-made incursions into nature including power-lines, construction, transportation, campfires, fireworks, and improperly discarded cigarettes.

“CALFIRE data show that each new year of the 21st century has been a record breaker in terms of wildfire damage in California,” study co-author Tirtha Banerjee, UCI assistant professor of civil and environmental engineering, wrote. “We also have seen that about 80 percent of the total number of the state’s wildfires over the past few decades have been small, measuring less that 500 acres. But when fires get large, their deadliness greatly increases. “

Earth-Moon Orbit: The moon is circling a point 3000 miles away...

PUBG becomes deadly in Pakistan: while firing the scene of the...