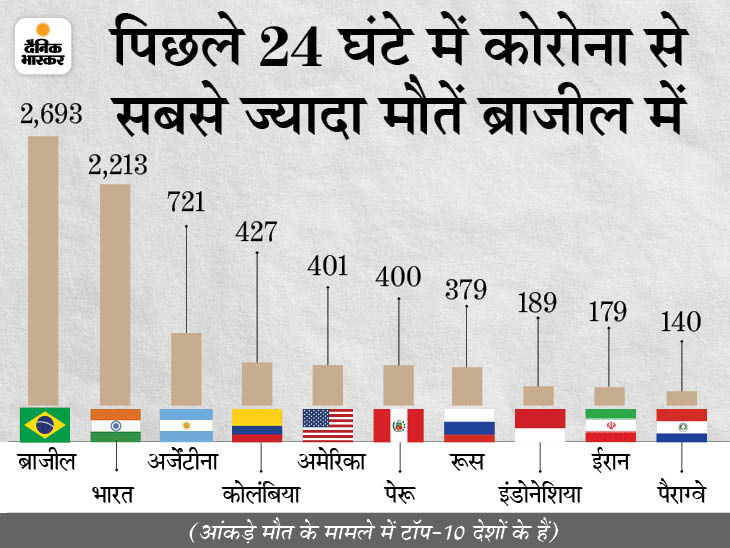 On the other hand, Pfizer has started preparations for the trial of its corona vaccine on children under the age of 12. For this, the American company has arranged thousands of volunteers. Trials will be conducted in the US, Finland, Poland and Spain. In the initial trial, volunteers will be given small doses.

Vaccine being given to 12 to 15 year old children
Federal regulators in the US only last month approved Pfizer-BioNtech’s vaccine for children aged 12 to 15. Pfizer’s vaccine was initially allowed for use on people 16 and older. 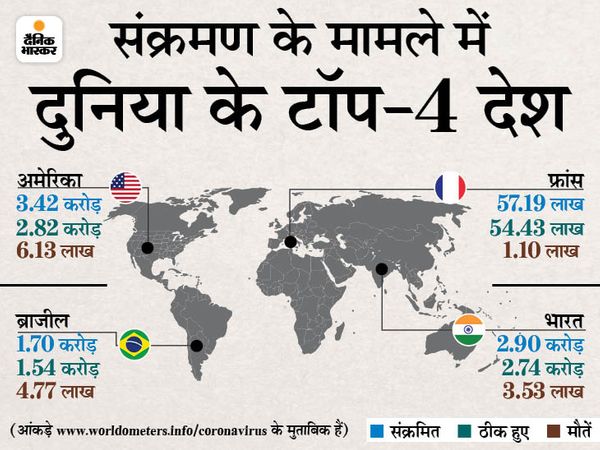 Most cases came in India
India is at the top in terms of daily cases in the world. Here on Tuesday, the corona report of 91,227 people came positive. Talking about the deaths, India had the highest number of deaths after Brazil on the previous day. Here in the last 24 hours, 2,213 people died due to infection.

Top-10 countries, where so far most people have been infected