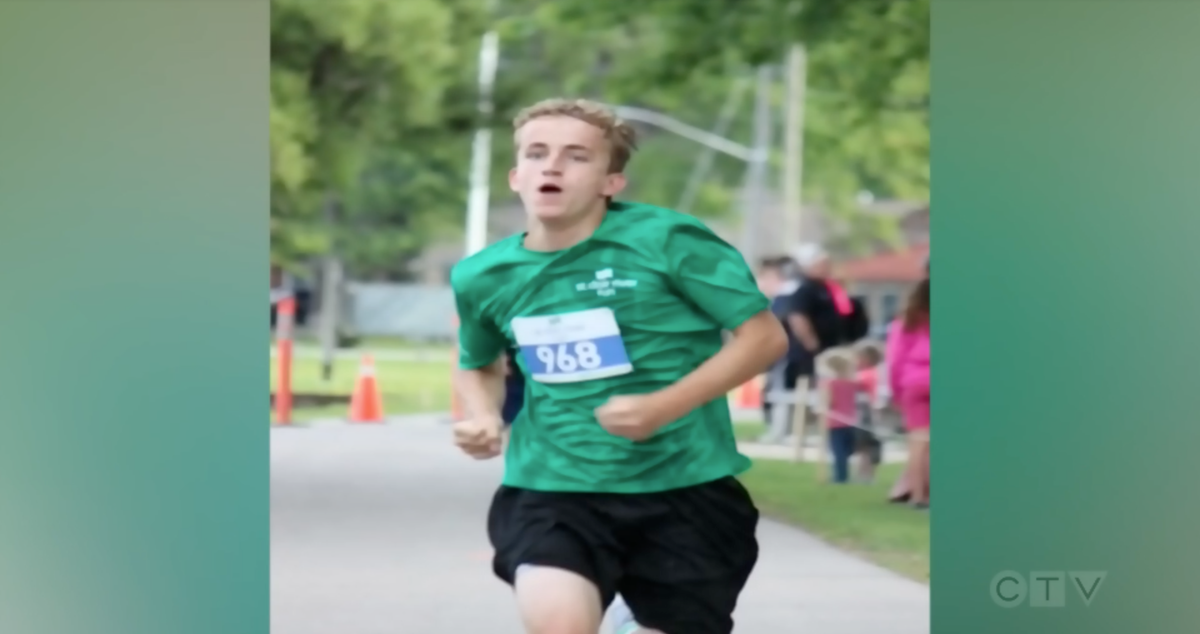 
Nathaniel Veltman, 20, allegedly moved down a Muslim family in London, Ontario, in an attack that left four dead, and another hospitalised.

He was arrested and charged with four counts of first-degree murder and one count of attempted murder nearby to the incident on Sunday.

His victims, who entered Canada 14 years ago from Pakistan, was identified as Salman Afzaal, 46; Madiha Salman, 44; Yumna Salman, 15; and Talat Afzaa, 74.

A nine year old child remains in hospital, with Veltman set to appear in court on Thursday to face charges.

The 20-year-old worked at an egg packing facility in Ontario, Canada, and was once described by a psychologist as being prone to anger, according to CTV News.

Mr Veltman and his twin sister are the eldest of six siblings, ranging in age from 10 to 20. His father works at a technical college and his mother is thought to work as a personal trainer.

Following his parent’s divorce in 2016, according to court filings seen by CTV, he left his mother’s home in Strathroy, and went to live with a girlfriend before finding his own apartment nearby.

He was living in downtown London, Ontario, in an apartment building on Covent Market, about 2km (or 1.3 miles) from where the incident occurred on Sunday. He was thought to have lived in the city for about six months.

A co-worker at Gray Ridge Eggs Inc told The London Free Press that Mr Veltman was “broken” by the death of a family member on Friday — two days before the attack.

He allegedly turned up to work for a day shift on Sunday.

What happened during the attack?

A deputy inspector for London police, Paul Waight, confirmed that “there is evidence that this was a planned, premeditated act and that the family was targeted because of their Muslim faith”.

Mr Veltman was wearing body armor and swastikas when officers arrested him, as CP24 reported, after he crashed into his victims in a pick-up truck. The details are yet to be confirmed by officials.

A taxi firm told the news channel that Mr Veltman “was laughing the entire time and he was chanting something”, after the incident. He went on to ask a taxi driver to film his arrest to “make a movie of him”.

What were his beliefs?

Friends of Mr Veltman told The Free Press that he “never said anything hateful” about any groups before, and was a Christian with “a great relationship with God”.

“He was always pretty calm towards other people,” a friend added. As did co-workers describe him as being reserved and somebody who kept to themselves.

Further details are expected in the case as investigations continue.

Raushan - May 31, 2021 0
Gadgets
It is reality Watches can never be as underestimated. So as the Suunto has a great impact on the people due to...

Drew Barrymore talks about her experience in a ‘psychiatric ward’ at...

Biden says he will trust Kevin McCarthy on infrastructure if he...