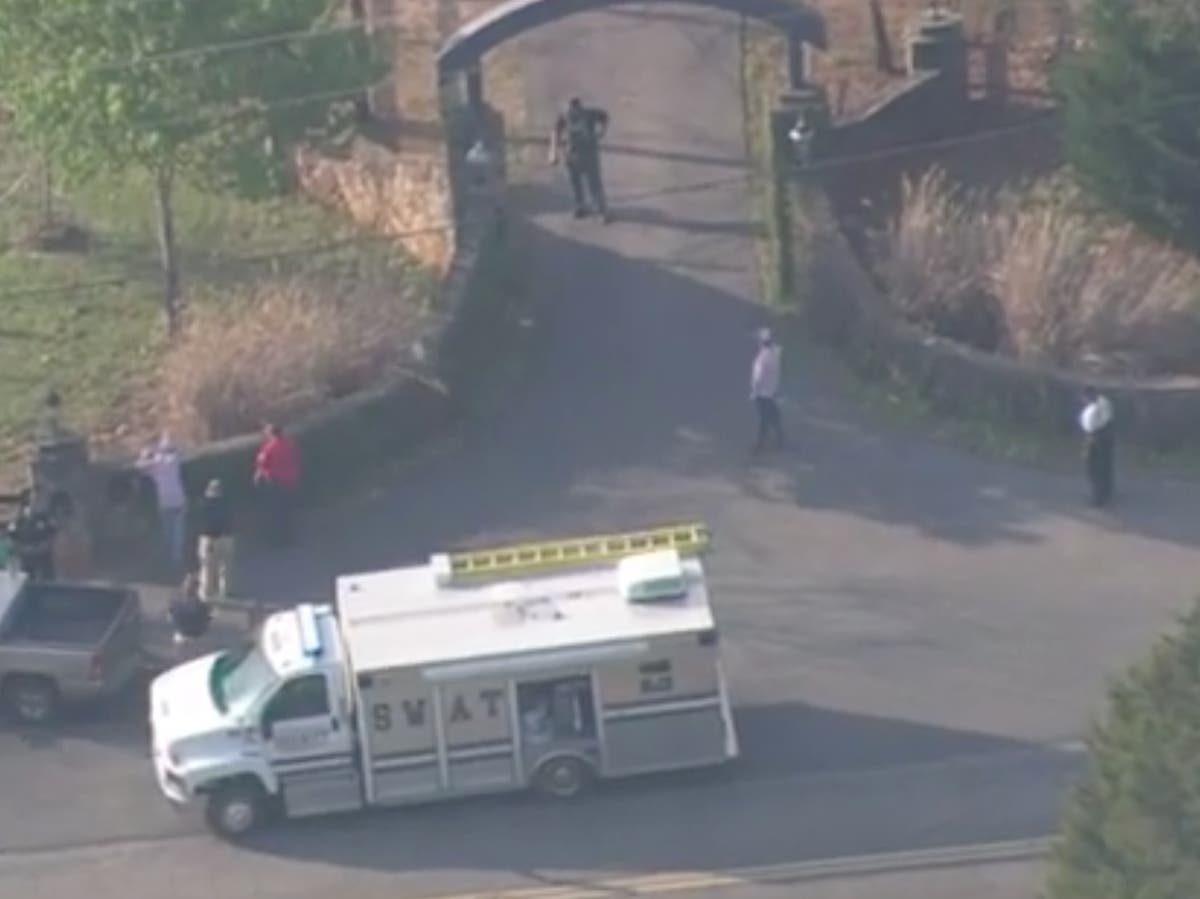 
The gunman in the fatal shooting of a renowned doctor and four others were been identified by the AP as former NFL player Phillip adams, who also killed himself in the incident.

Mr Adams was found by investigators from York County Sheriff’s Office at a nearby home on Wednesday evening, just hours after the deadly shooting occurred at a house in the Rock Hill area, according to the Associated Press.

The former cornerback, who was born in Rock Hill, played for a number of teams, including the San Francisco 49ers and the New York Jets during a six year career.

Officers were called to the home at around 4:45 pm on Wednesday, finding Dr Robert Lesslie, 70, and his wife, Barbara Lesslie, 69, dead inside the residence, alongside their grandchildren Adah Lesslie, 9, and Noah Lesslie, 5.

Investigators also found the fifth victim, James Lewis, 38, from Gaston, South carolina, who had been undergoing work at the house at the time of the incident, dead outside the home.

A sixth person, whose condition is currently unknown, was hospitalized with “serious gunshot wounds” following the incident, according to York County Sheriff’s Office’s spokesperson Trent Faris.

Mr Faris revealed that Dr Lesslie was a prominent physician in the community, telling reporters on Wednesday evening: “I’ve lived in Rock Hill my entire life and Dr Lesslie was my doctor growing up.”

He added: “Dr Lesslie has been one of those people that everybody knows. He started Riverview Medical Center in Rock Hill and it’s been a staple in Rock Hill for years. “

Dr Lesslie had practiced medicine in the area since 1981, after receiving his degree at the Medical University of South Carolina. The 70-year-old was the founder of Riverview House Calls & Riverview Hospice and Palliative Care.

He worked both in the Rock Hill area and the nearby city, Charlotte, in North Carolina. He raised four children with Ms Lesslie.

The authorities said that the investigation into the shooting is ongoing and confirmed that “there is no active threat to the community.”

Singapore’s financial management board of Hindu temples to tighten measures to...