Kordinate
Home News World Fauci blasts critics who want to put him in jail in fiery... 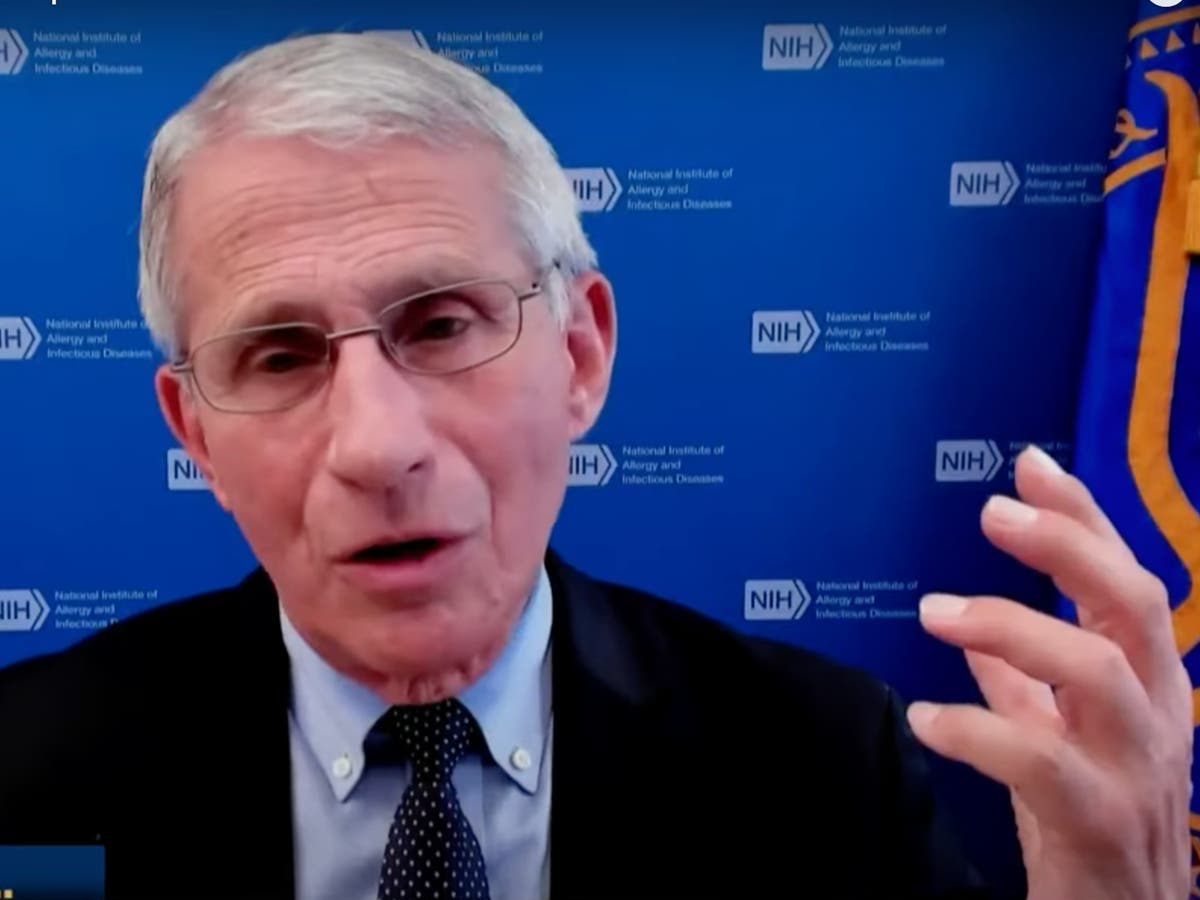 
Dr Anthony Fauci, the chief medical adviser to the president, went on a fiery rant against the attacks being hurled at him by Republicans.

Dr Fauci went off after he was shown a video of Tennessee Senator Marsha Blackburn putting forward a conspiracy theory about Dr Fauci colluding with Facebook CEO Mark Zuckerberg to push a narrative about Covid-19.

“Dr Fauci was emailing with Mark Zuckerberg from Facebook, trying to create that narrative,” Ms Blackburn said. “Cherrypicking information so that you would only know what they wanted you to know, and there would be a narrative that would fit with this cherrypicked information.”

Dr Fauci has recently become one of the right’s main targets, after the release of a large number of his emails. Conservatives have cited the emails as evidence that he misled the public concerning face masks. They also claim that the emails show that Dr Fauci tried to hide evidence that Covid-19 may have leaked from a lab in Wuhan, China.

But reporters, such as Chris Wallace of Fox News, have noted that there’s “no smoking gun” within the thousands of emails released and that the attacks have become “highly political” and no more than a “major talking point for Republicans”.

Speaking about the right-wing criticism leveled against him more broadly, Dr Fauci said: “It’s very dangerous, Chuck, because a lot of what you’re seeing as attacks on me, quite frankly, are attacks on science. Because all of the things that I have spoken about consistently from the very beginning have been fundamentally based on science. Sometimes those things were inconvenient truths for people, and there was pushback against me.

So if you are trying to get at me as a public health official and scientist, you’re really attacking not only Dr Anthony Fauci, you are attacking science. And anybody that looks at what is going on clearly sees that. You have to be asleep not to see that.”

Clearly angry and frustrated, Dr Fauci told MSNBC: “That issue with masks is people want to fire me or put me in jail for what I’ve done. Namely, follow the science.”