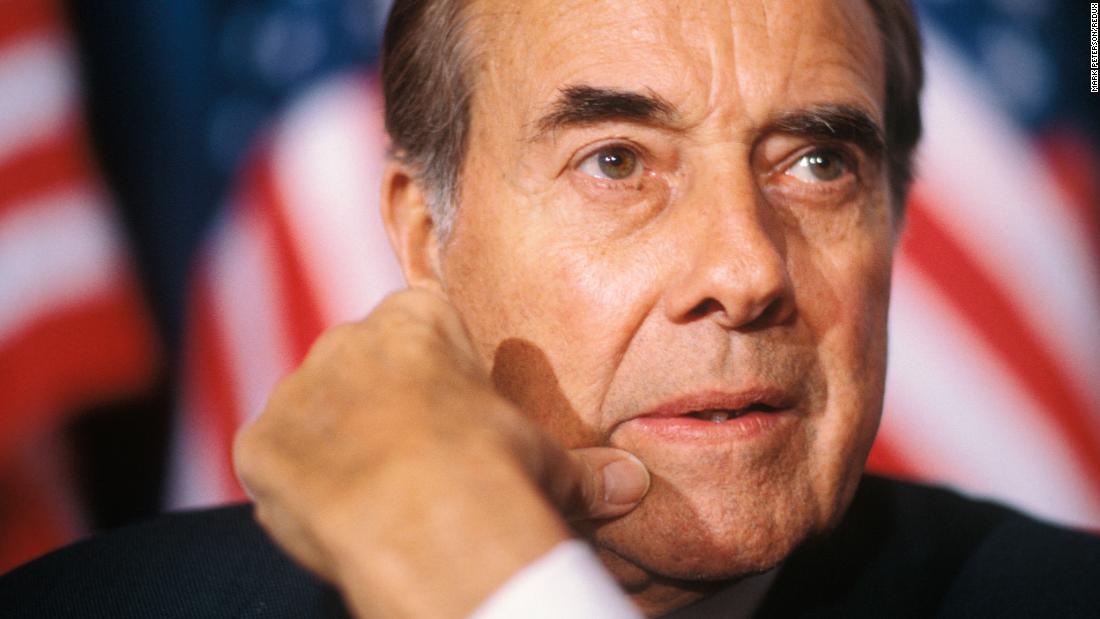 “Recently, I was diagnosed with stage four lung cancer. My first treatment will begin Monday,” Dole, 97, wrote on Twitter. “While I certainly have some hurdles ahead, I also know that I join millions of Americans who face significant health challenges of their own.”
Dole, who was seriously injured during World War II, has suffered a series of health ailments in previous years. In 1991, he received surgery for prostate cancer, received abdominal aortic aneurysm surgery in 2001, was hospitalized in 2005 after a fall in his home and was treated for a leg infection in 2009.

In addition to his unsuccessful bid for the White House in 1996, Dole also ran for president in 1980 and 1988 but was not nominated. He was President Gerald Ford’s running mate in 1976 after Nelson Rockefeller declined to stay on as vice president.

He served for 27 years as a US senator from Kansas, including two stints as the Senate Majority Leader. He was also a congressman from 1961 to 1969.

In January 2018, Dole was awarded the Congressional Gold Medal, the highest civilian honor bestowed by Congress.

“In hearing (Dole’s) story they will truly learn what it means to be a great American,” Trump said at the medal ceremony. “Bob, that is the legacy that you have left our nation and it will outlive us all.”

The British Royal Family Is Apartheid: Big Charge of Prince Harry’s Wife Megal Merkel – My Son’s Color Was Trouble With The Royal Family