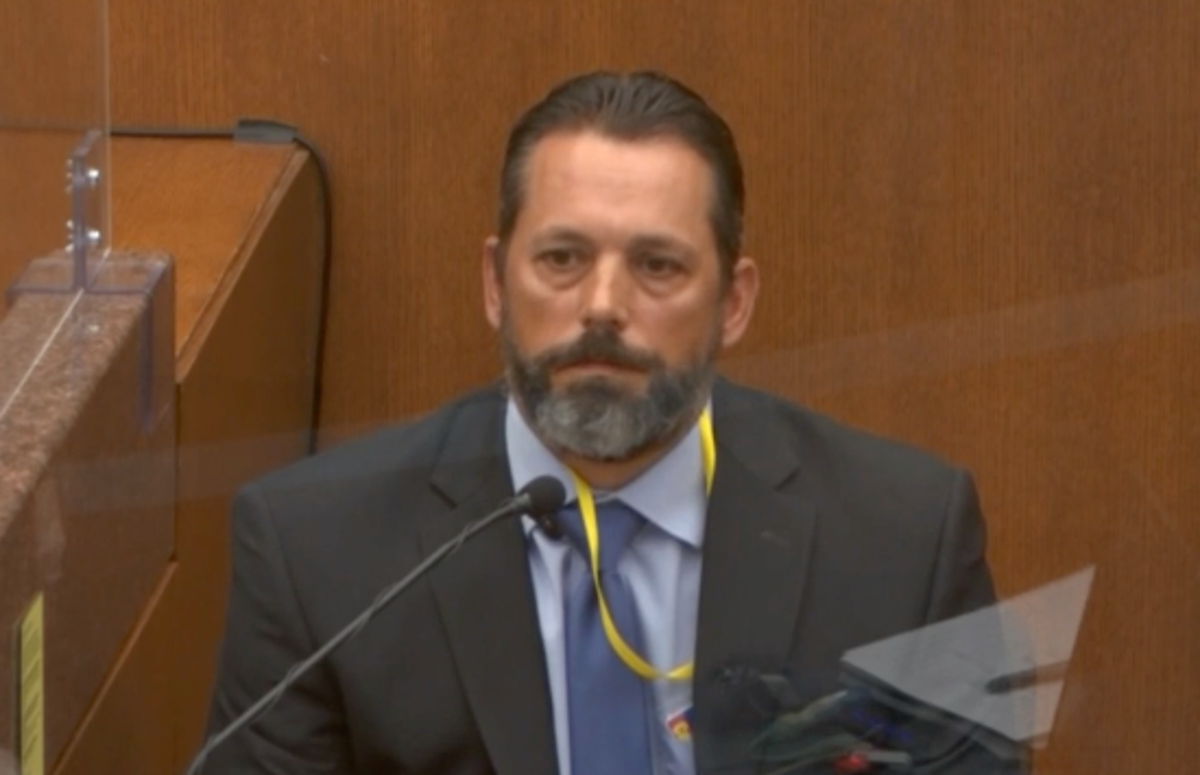 
Yet another high-level Minneapolis police The officer says Derek Chauvin was not following proper training when he kneeled on George Floyd’s neck while he was in handcuffs during his fatal arrest last May.

“I would say no,” lieutenant Johnny Mercil, who trains officers in the use of force, said when asked about whether the move was allowed under department policy.

Officers are trained to use neck holds on subjects, but are generally taught to do so with their arms, Mr Mercil said, demonstrating to the court by bending his arm around someone an imagined head lock.

The lieutenant added that there are times when an officer’s leg might be used to control a suspect while handcuffing them or doing a neck hold, but “as far my knowledge, we never have” trained someone to kneel directly on someone’s neck once they’ve already been handcuffed.

“There’s an initial reasonableness in trying to get him under control in the first few seconds,” Mr Arradondo testified on Monday. “Once there was no longer any resistance, and clearly when Mr Floyd was no longer responsive and even motionless, to continue to apply that level of force to a person proned out, handcuffed behind their back, that in no way shape or form is by policy, is not part of our training, and is certainly not part of our ethics or values. “

Last week two other officers who arrived at the scene of George Floyd’s fatal arrest for an initial review of the use of force had similar findings. “Totally unnecessary,” lieutenant Richard Zimmerman said when asked whether that sort of move was justified in the situation. “First of all, pulling him down to the ground face-down and putting your knee on a neck for that amount of time is just uncalled for. I saw no reason why the officers felt they were in danger, if that’s what they felt, and that’s what they would have to have felt to use that kind of force. “

“That would be the top tier: the deadly force … because of the fact that if your knee is on somebody’s neck, that could kill him,” he added.

What’s different about Johnson & Johnson’s vaccine that might explain its...

Harry, William seen chatting together after royal funeral – Times of...