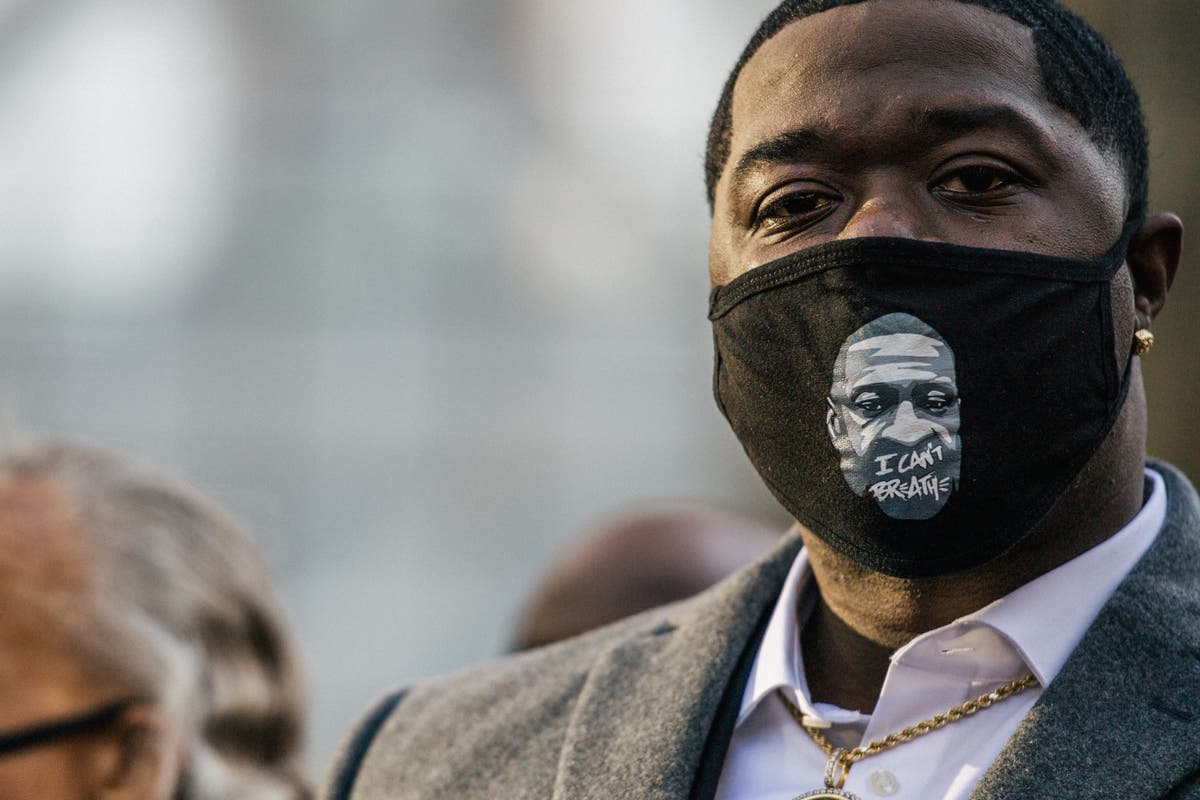 That’s the unequivocal conclusion from two major witnesses for the state who testified in Mr Chauvin’s murder trial in Minneapolis on Thursday. The former officer faces two murder charges after he knelt on Mr Floyd’s back for more than nine minutes during an arrest for a counterfeit $ 20 bill.

“Mr Floyd died of positional asphyxia, which is a fancy way of saying he died because he had no oxygen in his body,” said Dr Bill Smock, a forensic medical specialist and police training doctor. “When the body is deprived of oxygen, in this case from pressure on his chest and back, he gradually succumbed to lower and lower levels of oxygen until it was gone and he died.”

He tore into the defense’s argument, that a combination of drug use and heart problems killed Mr Floyd, which it argued was strengthened by evidence at autopsy by an absence of bruising to the man’s throat.

“This myth that you have to have bruises to prove strangulation, no you don’t.” You can be strangled to death and have no bruises, ”Dr Smock said, using his hands to demonstrate how someone chocked in a headlock might not get bruises because limbs are broad surfaces, while someone strangled with a thin cord might have acute marks to show for it.

Earlier in the day, Dr martin tobin, a lung specialist, reached a similar conclusion on the stand.

“Mr Floyd died from a low level of oxygen,” he said. “It’s like the left side is in a vice.” It’s totally being totally pushed in, squeezed in from each side, “he added.

He added that people who die of fentanyl overdoses begin to fade into unconsciousness and experience a reduced breathing level, while Mr Floyd continued to gasp for air at a normal rate until he passed out.

Mr Smock, the forensic doctor, further testified that officers should’ve given Mr Floyd CPR “immediately” instead of later once an ambulance arrived.

“As soon as Mr Floyd is unconscious, he should’ve been rolled over,” Mr Smock said. “We have documentation on the video that the officer says, ‘I can’t find a pulse.” That’s clearly, when you look at the video, it should’ve been started way before. ”

Eric Nelson, Mr Chauvin’s defense attorney, argued the medical evidence presented on Thursday did not rule out another cause of death. He noted the excessive “demand on the heart” that drug use, pre-existing cardiac problems, and a physical struggle with officers could produce.

Mr Smock, however, argued, “There was absolutely no evidence at autopsy that suggest George Floyd had a heart attack,” because an autopsy didn’t turn up suggestions of a blood clot or hemorrhaging.

Mr Nelson also took issue with Dr Daniel Isenschmid, a forensic toxicologist, who tested the levels of fentanyl and methamphetamine he observed in Mr Floyd’s body were well below those of fatal and non-fatal opioid cases his lab had tested. As Mr Nelson pointed out, those observations were based on a random sampling of cases and did not include the full circumstances of those being tested, so drawing conclusions was not possible.

“Did they die from fentanyl, did they die for another reason?” he said. “We have no context.”

The barrage of medical testimony marks a major shift in the case, which has mostly focused on police use of force training so far. A litany of high-ranking Minneapolis police officers have testified so far that Mr Chauvin crossed the line and did not follow department policy when he kneeled on Mr Floyd’s neck.

The medical focus looks likely to continue, however, with the medical examiner who did Mr Floyd’s autopsy likely to testify on Friday.