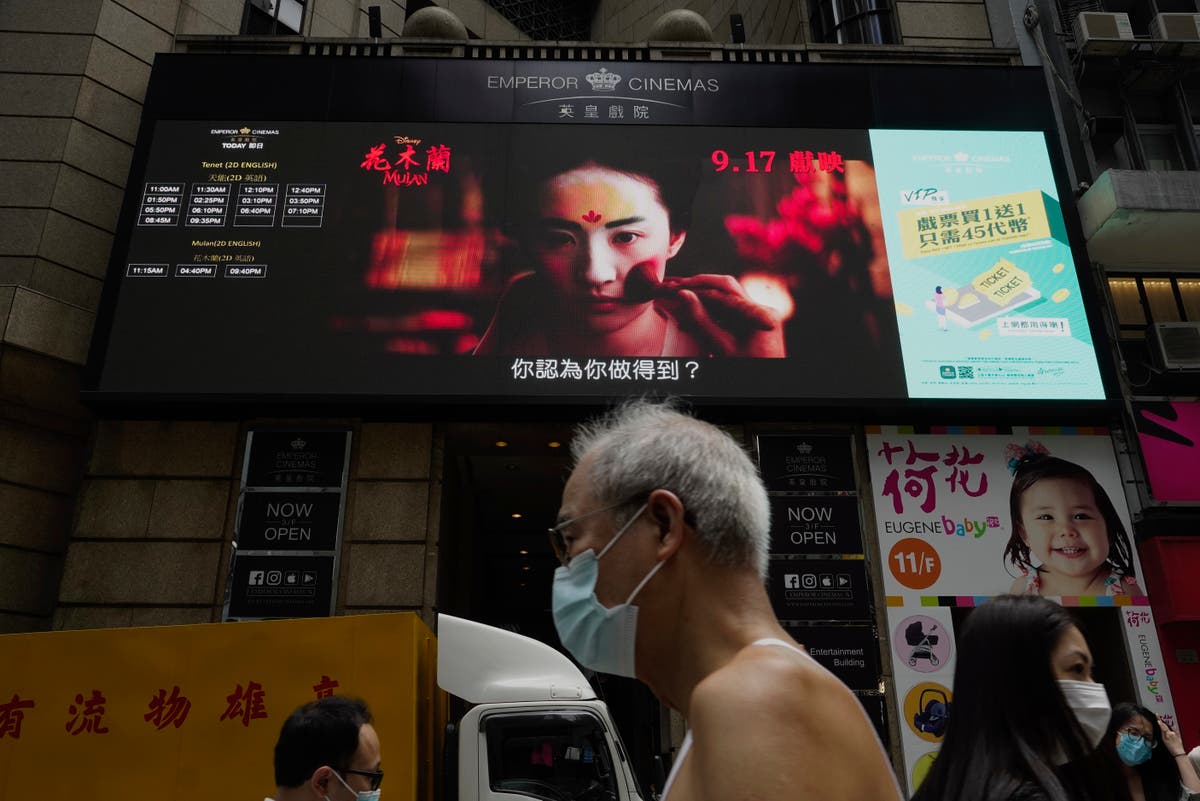 
Hong Kong on Friday announced that the city’s censors now have the power to ban films that “endanger national security”, a significant and loosely defined measure that comes as part of a string of moves to quash pro-democracy voices.

In the last year Beijing has introduced a strict new national security law for the city and many pro-democracy activists have either been jailed or have left the city into exile.

The Hong Kong government’s announcement on Friday said that it has amended the guidelines for censors in the city’s Film Censorship Ordinance to include vigilance against any “portrayal, depiction or treatment of any act or activity which may amount to an offence endangering national security.”

Censors have the power to deem films unsuitable for exhibition to “prevent or suppress any act or activity endangering national security,” it said in a statement.

According to the government, the film censorship regulatory framework is built on the premise of a “balance between protection of individual rights and freedoms on the one hand, and the protection of legitimate societal interests on the other”.

With the latest decision, Hong Kong’s film regulatory system moves closer to the system in the Chinese mainland where films are closely vetted to ascertain whether they are critical of the Communist Party or are in line with the values ​​that the government wants to espouse.

The former British colony was returned to China in 1997 on the promise that the city’s autonomy will be maintained, but over the last two years Beijing has proceeded with increasingly authoritarian measures in the city in spite of huge street protests.

In March 2021, organizers canceled the screening of a documentary called Inside the Red Brick Wall that portrays clashes between pro-democracy protesters and police at a local university, after a pro-Beijing newspaper said the film was spreading messages of subversion and may be in breach of the national security law.

Anders Hammer, director of Do Not Split, an Oscar-nominated documentary about the 2019 protests in Hong Kong, said: “This film censorship system shows how freedom of expression is disappearing from Hong Kong.

“In 2021 we have seen how the situation is deteriorating further where activists and pro-democracy politicians are put in prison, charged under the new draconian national security law,” he said.

Earlier this month the city’s authorities banned, for a second year, the annual candlelight vigil held in remembrance of victims of the 1989 Tiananmen Square crackdown.

Antony Dapiran, a Hong Kong-based writer and lawyer, said in a series of tweets that they (the authorities) are making the changes “simply by tweaking the censorship guidelines without amending the law”.

“Right on cue: a film with storyline related to 2019 protests (although from the trailer looks totally innocuous) fails to get censors’ approval for screening. Will HK indie filmmakers become like their mainland counterparts, denied a home audience and only able to screen abroad?” he tweeted.