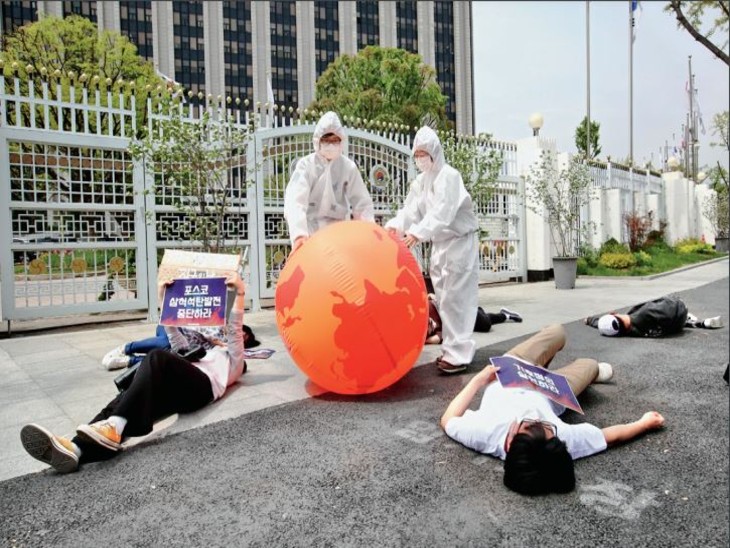 In a population of 5 crore, less than 700 cases are coming every day, so far only 1825 deaths have occurred.

When the worldwide discussion of the corona epidemic began, South Korea was one of the countries most affected by the epidemic. From the government to the common people, the fear had spread that the disease would be uncontrollable in every part of the society and thousands of people would be killed.

Medical institutions were disintegrating and the entire nation was on its knees. The situation here has been an advance warning of the epidemic for many countries of the world, but South Korea has managed to get control of the virus since the early days of the crisis and now life has become normal here.

Full credit should be given to the public for this. The Korea Disease Control and Prevention Agency on Thursday reported 680 new infections nationwide, down from 775 the previous day. In the country of 5.164 crore people, a total of 121,351 people have been infected so far. Government statistics here record 1,825 deaths.

On this victory, Koreans say that the positive attitude of the common people and the unwavering trust in the doctors in dealing with Corona is decisive. We took the epidemic very seriously from the beginning, says Park So-kiel, research director of the Seoul-based human rights organization. Followed the instructions and most of the population had adopted masks before the recommendation.

Demonstrations were not held against government restrictions like other countries. People were confident that the government, public health would save us. Confidence was strengthened by frequent tests and traces, clear messaging and a minimal intervention strategy in normal life.

The government’s goal is to develop herd immunity by November, and work on vaccination has started, however, people are now losing patience with the long lockdown. Since vaccination started in March, 30 lakh people have been vaccinated so far. The target of immunization is 1.2 million by June. Aimed for herd immunity in November. The government has opened 50 new centers for rapid vaccination.

1 obeyed everything by doctors, made distances myself

Paes works at Soo-jin, a travel company. She says that we Koreans took doctors’ advice seriously. When people came out of the houses, they kept distance from others. Checking the temperature in every public place was also a sensible decision. People here wear masks. Take full care, because people here do not like to get sick. This is our custom.

2 masks are not considered a burden, stay away from the elderly

Kim, who graduated from Seoul National University, says that no one here considers masks a burden. Nobody knew how long the epidemic would last. Just felt that if this cycle goes on longer then the more people will get sick and the more economic impact will be on the country. I even kept distance from my elderly grandparents so that we would all be completely safe.

3 severely criticized for not stopping travel from China

Song Young-che, a professor at Seungmung University in Seoul, says that the government was initially severely criticized. People felt that the authorities delayed the traffic from China significantly. However after this mistake the system came into action and did a good job. Here the tracing, medical system and system of work is extremely strong. People blindly trust.

4 knew the risk of respiratory syndrome

Professor David Tizzard at Seoul Woman University says the country learned a lesson in 2015 from the outbreak of respiratory syndrome. About 186 people were sick in this and 36 people died. The government was severely criticized for failing to deal with it. Many people wear masks to combat dust coming from China in winter. Since they are addicted, they increasingly adopted masks.

America’s dual policy: Many countries of the world, including Britain and...