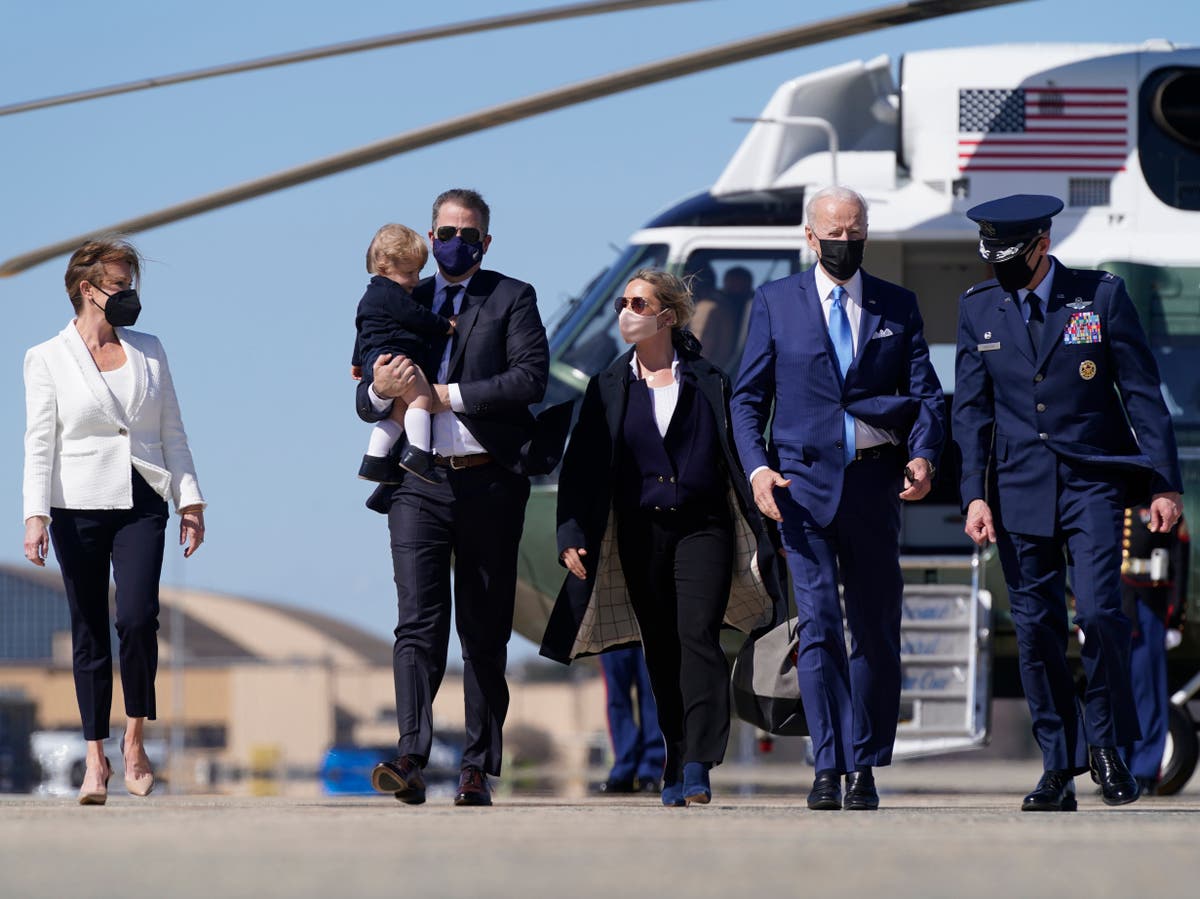 
Hunter biden describes how psychedelic toad venom kept him sober for a year in his memoirBeautiful Things, which details his struggles with drug addiction and alcoholism.

Mr Biden writes about how he traveledled to Mexico in 2014 to get his life back on track as his marriage was falling apart.

He was given ibogaine, a plant-based psychedelic, at a Tijuana clinic, which prompted a “slideshow” of his life, he writes.

Subsequently, while spending some time at a beach house, a nurse administered 5-MeO-DMT therapy “Which employs the gland secretions of the Sonoran Desert toad”.

A recent European study looked that 5-MeO-DMT therapy had results that included: “Ratings of satisfaction with life and convergent thinking significantly increased right after intake and were maintained at follow up four weeks later” after just a “single inhalation of vapor from dried toad secretion “.

Mr Biden writes: “It was a profound experience. It connected me in a vividly renewed way to everyone in my life, living or dead.

“Any division between me my Dad, my mommy, Caspy, or Beau vanished, or at least became irrelevant,” Mr Biden explains using a nickname for his sister Naomi who died in 1972 car crash along with their mother. Hunter Biden and his brother Beau were in the car but survived.

About the accident, he writes: “I want to make it clear: I don’t see that tragic moment as necessarily resulting in behaviors that lent themselves to addiction. That would be a cop-out. “

Mr Biden added: “It felt as though I was seeing all of existence at once – and as one.”

The substance, which is illegal in the US, led to Mr Biden achieving a year of sobriety.

“I know it sounds loopy.” Yet whatever else it did or didn’t do, the experience unlocked feelings and hurts I’d buried deep for too long. It served as a salve … I stayed sober for a year afterward, ” he writes.

He added: “Once you decide that you’re the bad person everyone thinks you’ve become, it’s hard to find the good guy you once were.

“Focused, I quit looking for him: I decided I was not the person who loved me thought I was anymore.”

Mr Biden describes feeling uncomfortable in social situations for a long time: “That kind of insecurity is almost universal among those with real addiction issues – a feeling of being alone in a crowd. I’ve always felt alone in a crowd. “

After a family intervention, Hunter Biden describes his father, now-president Joe biden, going after him in a driveway: “He grabbed me, swung me around and hugged me. He held me tight in the dark and cried for the longest time. “

Getting straight to the point, Mr Biden writes in the prologue: “I’m a 51-year-old father who helped raise three beautiful daughters.

“I’ve bought crack cocaine on the streets of Washington, DC, and cooked up my own inside a hotel bungalow in Los Angeles. I’ve been so desperate for a drink that I couldn’t make the one-block walk between a liquor store and my apartment without uncapping the bottle to take a swig.

“In the last five years alone, my two-decades-long marriage has dissolved, guns have been put in my face, and at one point I dropped clean off the grid, living in $ 59-a-night Super 8 motels off I- 95 while scaring my family even more than myself. “

careful! Angry child slaps can be so dangerous for him

This graph shows just how much richer the rich got this...