Kordinate
Home News World In Corona World: The second wave of infection caused the most damage... 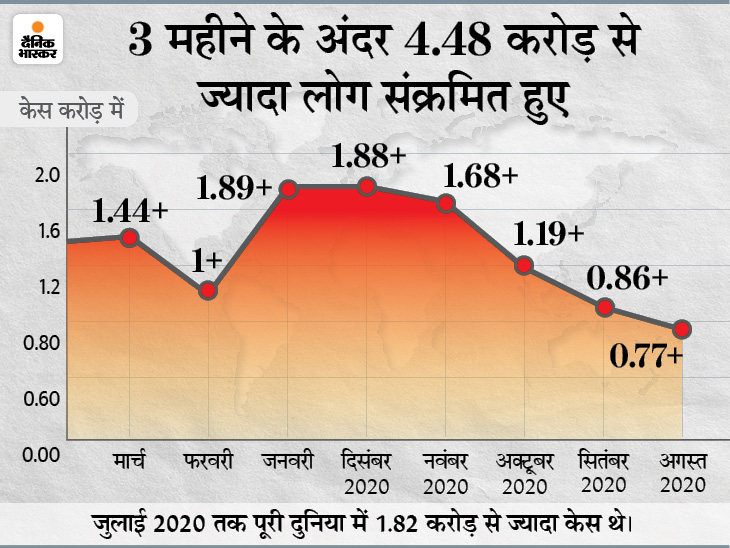 The second wave of Corona has caused the most damage to the world. In this phase, the maximum number of cases have increased, as well as the maximum number of deaths. If you look at the figures of America, in the first phase, the maximum 80,000 patients were found here within a day. In the second phase, it saw an increase of 1000%. In this phase, more than 3.80 lakh new patients were identified within a day. Similarly, in the first phase in Brazil, 70 thousand new cases were reported within a day. In the second phase it increased to 97 thousand. Now the third phase is going on here.

Cases increased rapidly after the commencement of vaccination
The rapid increase in new cases all over the world is frightening. The most worrying thing is that it has increased again after the commencement of vaccination. On January 7, 8.44 lakh cases were highest in the whole world. It was the peak of the whole world. After this, it started declining. On February 21, the lowest 3.22 lakh cases were received. With this, it started increasing again. During this time, the maximum vaccine has also been installed in the whole world. Now more than 5 lakh patients are coming every day. 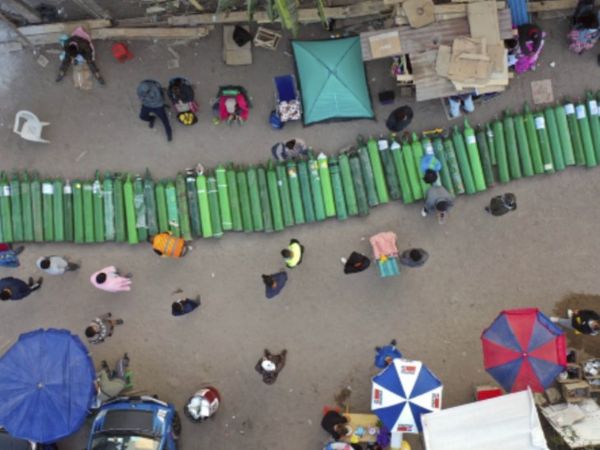 The photo is from Peru. There is a lack of oxygen in the treatment of corona patients here. The situation is that the relatives of the patients are in line for several hours for the oxygen cylinder. Pre-booking has to be done for this also. 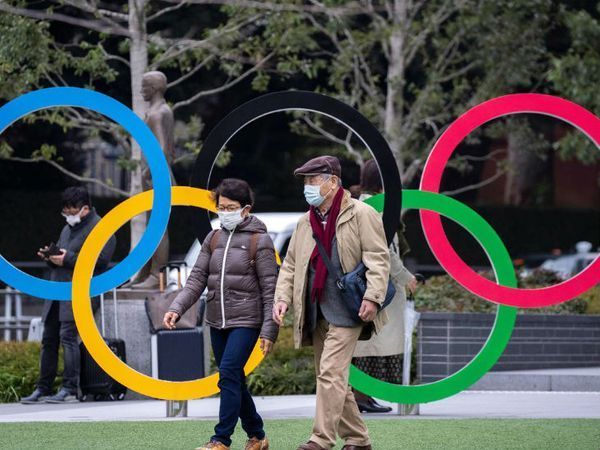 Olympic preparations are underway in Japan’s capital Tokyo, but now the risk of corona infection is increasing continuously here.

The fourth wave of Corona in Japan
The Olympics are scheduled to begin in Japan exactly 107 days later, amid rising concerns of Corona raising concerns. On Monday, the possibility of a fourth wave deepened after receiving around 2,500 cases in a day. Meanwhile, Japan’s Health Minister Norihisa Tamura said, Corona’s British variant has intensified the infection. On Monday, 2,458 new cases were found in Japan and 10 people died. Whereas the number of infected two days ago was 2,702 and 8 died.

In Osaka, the infected doubled in one day. On Monday, 719 new patients were found, of which 270 have got the British variant. A day in the capital Tokyo, 399 patients were found. This has raised concerns about the Olympics to be held in Tokyo. However, the Health Minister says that whatever happens, the Olympics will not be canceled. On the other hand, France has also increased its vigor to prevent infection. 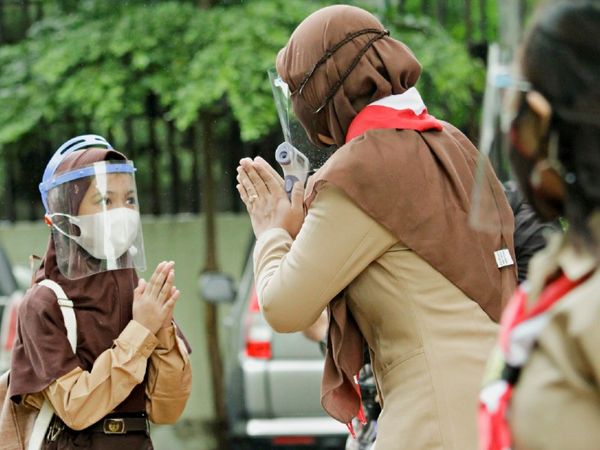 The photo is from Jakarta, Indonesia. Schools reopened here after a long time. Children are also reaching the school wearing a face shield with a face mask for rescue.

Tourist entry begins in America’s Valley of Flowers
Carlsbad’s valley, spread over 55 acres in California, USA, has been blessed with 70 million flowers. Flowers of different species of Renanculus bloom here. So that people can see the beauty of the valley, it has been opened to tourists. However, entry is being given to limited tourists only. People are also being appealed to follow the rules of social distancing. 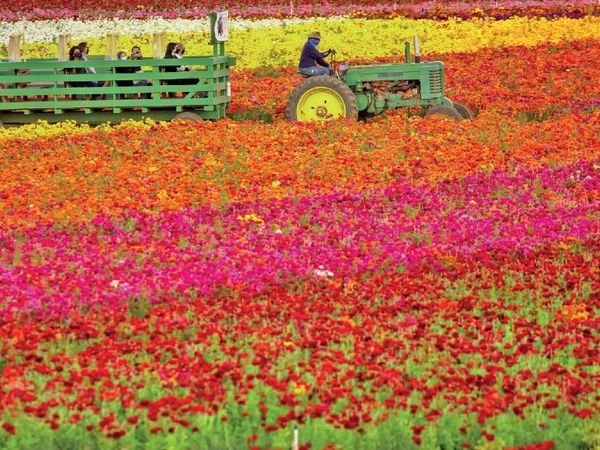 The 55-acre Carlsbad Valley in California, USA, has grown to over 70 million flowers, and flowers of different species of Renaculus bloom here.

Top 10 countries, where most people have been infected so far

Why Republican opposition to the Covid-19 stimulus bill looks like very...