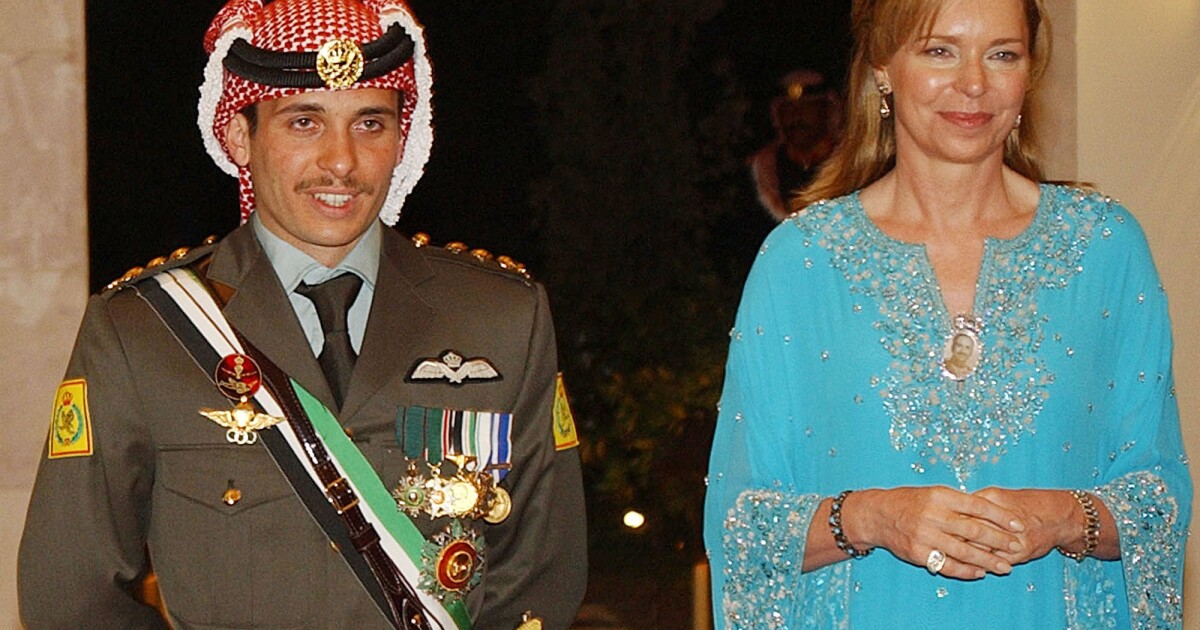 At age 27, she married a king. By 47, sooner than she had thought possible, she was a royal widow.

Now, more than two decades later, Jordan’s Queen Noor – the American-born, Princeton-educated former Lisa Halaby – is caught up in a palace drama surrounding her eldest son, the prince she had hoped would eventually follow his charismatic father, the late King Hussein, onto the throne of the Hashemite Kingdom.

Whether lifted from Shakespeare or next up in the video-streaming queue, the story’s plotline seems oddly familiar: the traumatic circumstances of a royal death reverberating down through the years, family tensions simmering quietly for a generation before bursting into full view.

Add in a succession shakeup, a onetime outsider’s complicated relationship with her adopted homeland, the long memories of watchful courtiers – plus a dash of international intrigue and some convoluted Middle Eastern politics.

And at the center of it all, a love story.

“She was extremely well-educated, highly intelligent, strikingly beautiful – it’s not at all surprising that King Hussein fell head over heels,” said Avi Shlaim, an Oxford University professor emeritus of international relations and author of a biography of the Jordanian monarch.

For someone who spent much of her life in the public eye, Noor – elegant as ever at 69 – remains something of an enigmatic figure after a long widowhood spent largely in the United States and Britain: deliberate in her utterances, immersed in humanitarian causes, never remarrying.

She has remained largely out of view as tumultuous events unfolded in recent days: her son Prince Hamzah’s rare excoriation over the weekend of what he described as high-level corruption, nepotism and misrule in Jordan, which stunned the region and culminated in a gag order Tuesday by Jordanian authorities on media coverage of the palace feud. Hamzah has now sworn fealty to his half brother King Abdullah II, an indirect target of his vociferous criticisms.

Noor has confined her public statements to a single carefully worded tweet. “Praying that truth and justice will prevail for all the innocent victims of this wicked slander,” she wrote Sunday. “God bless and keep them safe.”

In 1978, Lisa Halaby was a kind of royalty in her own right, wealthy and well-schooled, American aristocracy by way of a Lebanese-Syrian immigrant grandfather. Her father was appointed by President Kennedy to lead what was then the Federal Aviation Agency, and later served as chairman of Pan American World Airways, but she has described an emotionally remote and sometimes difficult childhood home life. Her parents eventually divorced.

Out of that, she developed a poise that could sometimes veer towards steely. She was a member of the class entering Princeton in 1969, the first to which women were admitted. Many female classmates have described a culture in which they often felt like outsiders, or were taken seriously – more unwitting preparation for what lay ahead.

“Even if you didn’t know her, you knew about her,” said Princeton classmate Marjory Gengler Smith, herself a standout athlete in that pioneering class. “Everyone took notice.”

Trained in architecture and urban planning, she was already an independent, accomplished professional by the time she met Hussein – a thrice-married widower 16 years her senior. And the king was still mourning the death of his beloved third wife, Queen Alia, in a 1977 helicopter crash.

“I will not deny that the idea of ​​being his fourth wife, or anyone’s fourth wife, was troubling to me,” Noor wrote in her 2003 autobiography, “Leap of Faith.”

But what ensued, by all accounts, was a notably egalitarian partnership, particularly by regional and royal standards. And the union lasted until his death – longer than the king’s three previous marriages combined.

Many Jordanians were initially suspicious of this foreign-born woman, a Christian convert to Islam, and she was determined to win over her new compatriots. Having taken the name Noor al Hussein – “Light of Hussein” – she perfected her Arabic and mastered the traditions and gestures of Jordan’s conservative culture.

At the same time, she pursued progressive reforms such as the economic empowerment of Bedouin women, and raised eyebrows among some Jordanians by tooling around, tousle-haired, on the back of Hussein’s motorcycle.

But she hewed closely to tradition when it counted. At her husband’s funeral in 1999, she eschewed her usual makeup, dressed in stark white and inclined her head repeatedly to mourners, all in keeping with Jordanian custom – a consoler, rather than the one consoled.

Outside Jordan, the queen’s Jackie Kennedy-like mystique helped raise Jordan’s profile, sometimes rattling the kingdom’s largely somnolent diplomatic corps. Her personal brand of soft statecraft aided in shaping Jordan’s international image as an island of relative stability and moderation, and its position as an important US ally.

But Noor’s ability to navigate different worlds, imparted to her four adult children, might have helped fuel accusations leveled by Jordan’s Foreign Minister Ayman Safadi that Hamzah worked with unnamed foreign elements to destabilize the country. Several allies, including the United States, have expressed strong support for Abdullah.

Despite what Noor’s associates describe as a calmly analytical nature and an ability to methodically follow through on goals, she might in some ways have been caught unawares by the crisis of the king’s final illness, and what it would mean for the royal line of succession.

Suffering from lymphatic cancer, Hussein rallied for a time, but his fatal deterioration was a rapid one. It was in the last days of his life that he removed his own brother, Hassan, as crown prince, instead anointing his eldest son, Abdullah, who was born to the king’s second wife, Princess Muna.

In what was widely believed to be a final gift to Noor, he designated Hamzah, then just 18, as next in line to the throne after Abdullah. To make Hamzah the heir outright would have required constitutional changes, because the monarch was allowed to designate only a brother or an eldest son as his successor.

There is little doubt that in raising Hamzah, Noor groomed him as a potential monarch. Though Western-educated, he was schooled in classical Arabic, in contrast to Abdullah, who spoke English with his British-born mother and later struggled to summon any semblance of eloquence when he gave speeches.

Hamzah, now 41, even looks the part, bearing a much stronger resemblance to the late king than the round-faced Abdullah, who favors his mother.

Five years after Hussein’s death, Abdullah removed Hamzah as crown prince, replacing him with his own eldest son.

Some longtime observers of the region believe Noor might have failed to anticipate how popular and effective Abdullah would become in the early years of his reign. But recent years have been marked by discontent over economic malaise and the social stresses of taking in millions of refugees from Iraq and Syria, with the added blow of the pandemic.

Even after Hussein’s death, Noor defied expectations, said Aaron Miller, a longtime Middle East envoy who worked with her in the early 2000s at Seeds of Peace, a New York-based educational activism group on whose board she served. It was one of a number of causes – peace advocacy, the arts and the environment – to which she became a patron, work that began during Hussein’s reign and continued afterward.

Although widowed queens tend to lose their standing, Noor battled to maintain influence, including a quiet struggle with Abdullah’s wife, Queen Rania, to retain her own royal title.

“She’s a survivor,” Miller said, “with grace, style and courage.”