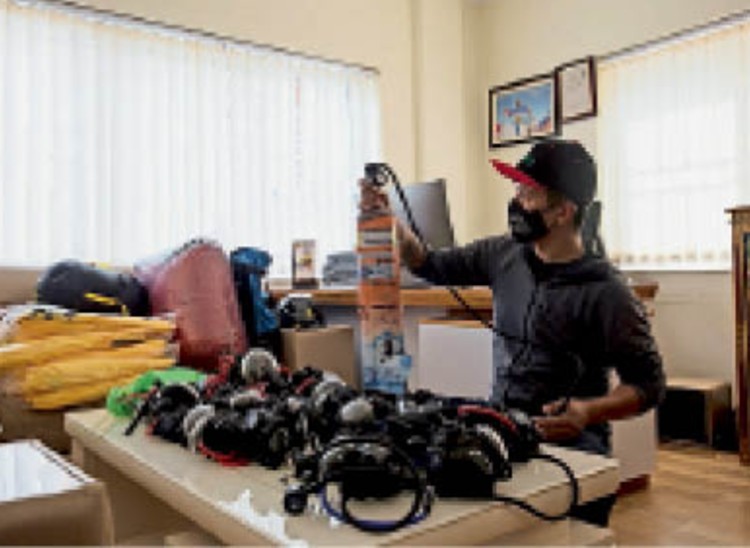 The Sherpa community is an indispensable member of almost every Everest team, due to Corona, they too had to return to their village, for the last one year they have all been surviving by growing potatoes.

Last year, Nepal had banned mountaineering due to corona infection. This had a direct impact on the tourism of the country. But now seven peaks, including Mount Everest, have been opened to climbers. However, given the current state of corona infection, a number of rules have also been applied. Testing, mask and distance between them have been made mandatory. A medical team has been set up at Mount Everest Base Camp which will take care of the infected climbers.

This time Lakpa Sherpa, MD of Pioneer Adventure, an agency that takes 19 people to Everest, says, “This time there will be no party and neither team will be able to hug each other.” There will be ‘Namaste’ just from afar. In this season, which runs from March to May, 300 mountaineers have been issued licenses for Mount Everest, the world’s highest peak.

Rudrasingh Tamang, head of Nepal Tourism Department, says, ‘We have no other option than this. We have to save the mountaineering economy. ‘ Under the rules, it is mandatory for every foreign climber coming to Nepal to show a negative report of RT-PCR or certificate of vaccination at Kathmandu Airport.

Sherpa is living after growing potatoes for a year
Nepal has lost a lot during the era of Corona. For many Nepalis, the three-month mountaineering season is also the only source of income for the year. According to government figures, last year, due to Corona, the employment of 1.5 million people out of the three crore population of the country was lost. Smaller workers were also harmed by the ban on foreign climbers coming to climb Everest.

Those who feed and carry goods or provide other necessities. In addition, the Sherpa community, who are compulsory members of almost every Everest team, also had to return to their villages. For the last one year, all of them have been living by growing potatoes.

For the first time in the world, electricity will run from...