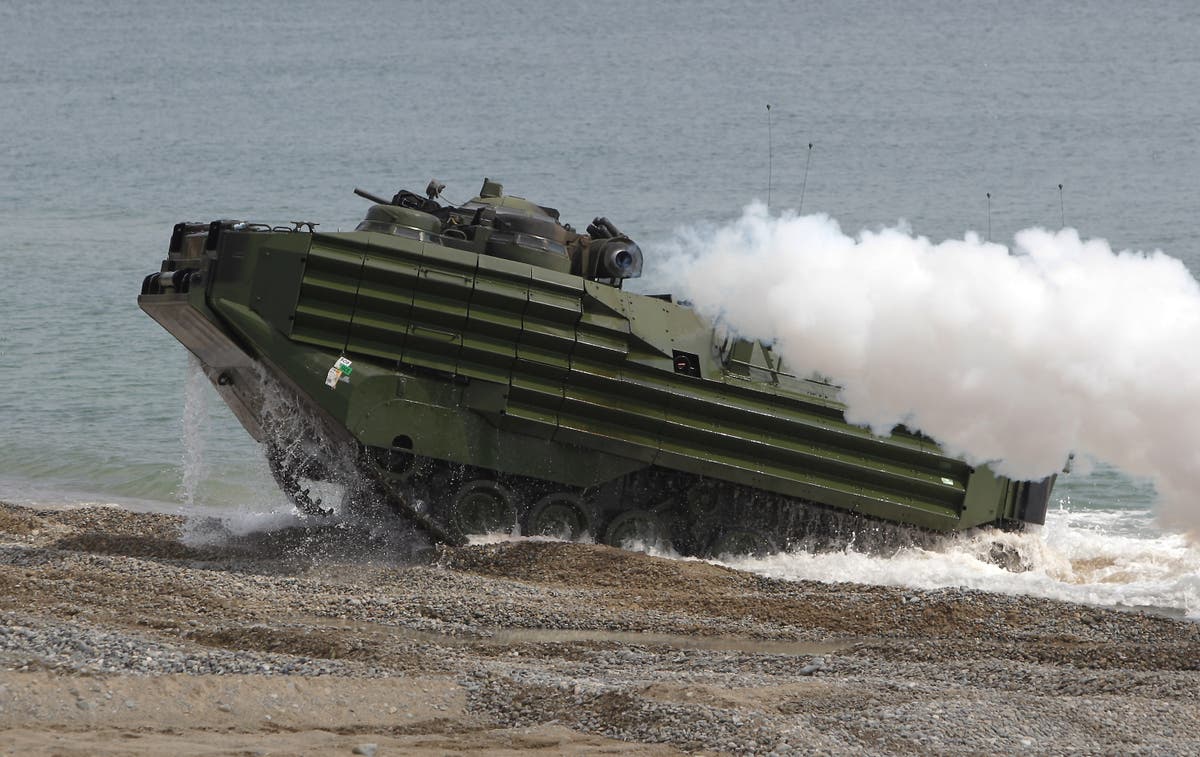 
A Marine Corps general has been relieved of duty over the fatal amphibious tank accident that killed nine troops last year.

The fighting force says that Major General Robert F. Castellvi failed to train Marines and sailors before the training exercise in which the 35-year-old tank sank off the coast of Southern California.

It was one of the deadliest accidents in recent for the Marine Corps, and officials said it could have been avoided.

Eight Marines and one sailor died when their armored seafaring vehicle sank nearly 400 feet to the ocean bottom during the accident off San Clemente Island last July.

Seven of the 16 troops onboard the 26-ton amphibious assault vehicle managed to escape from it when it began to take on water three miles off shore.

The tracked vehicle is designed to transfer troops from ships at sea to beaches.

An investigation earlier this year concluded that the accident was caused by inadequate training, insufficient maintenance of the vehicles and poor judgement by commanders.

It stated that Major General Castellvi, who has been suspended from his position as inspector general of the Marine Corps since April, “bears some responsibility.”

He was the commanding general of the 1st Marine Division, based at Camp Pendleton, north of San Diego, when the exercise took place and became inspector general several weeks after the accident.

The Marine Corps says that this will go on his permanent record and used in any decision to retain or promote him.

Officials added that typically this would prevent an officer being promoted or taking a role with responsibility or caring for troops.

Eleven other Marine Corps officials have been removed from their jobs or disciplined over the incident and the investigation is still ongoing.

Manufacturer of Induction Motors: A Look at the Various Types and...

Raushan - May 26, 2021 0
Gadgets
Overview If you are planning to acquire the services of a manufacturer of induction motors, then it will be...

India is the largest democracy, but restrictions on freedom of expression...