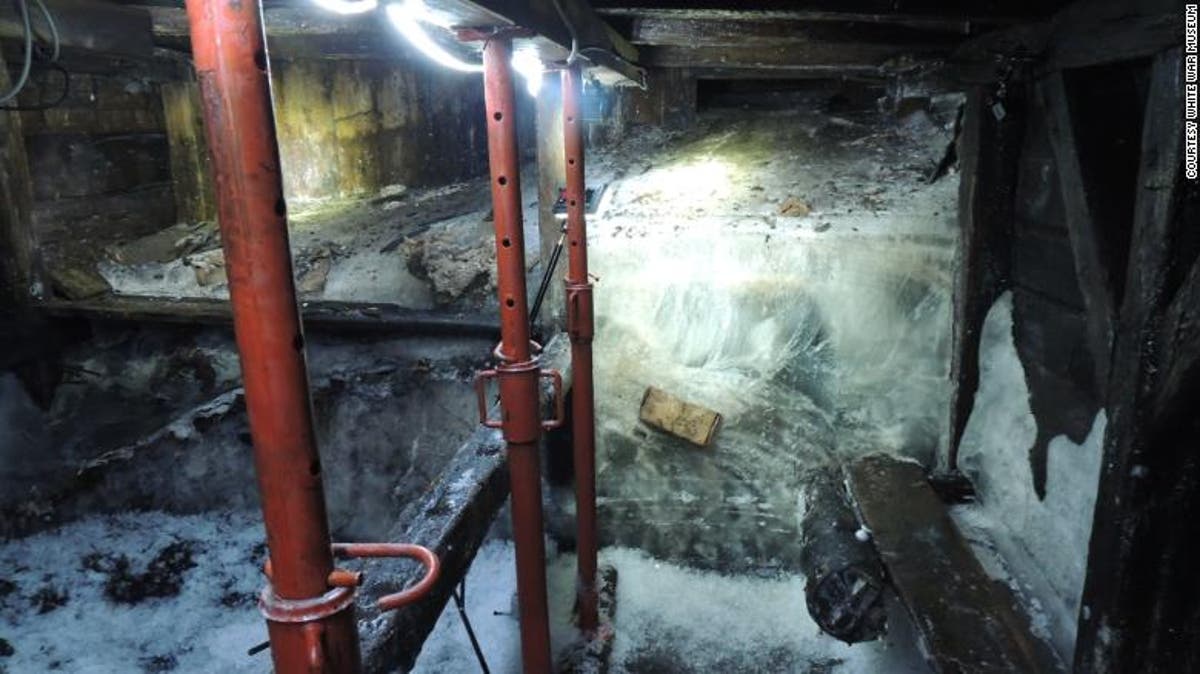 
A melted glacier in Northern Italy has uncovered a trove of World War 1 treasures.

A cave shelter in Mount Scorluzzo housed 20 Austrian soldiers in the war, and has now revealed food, dishes, jackets, and other items.

The cave was first entered by researchers in 2017, when the surrounding glacier had melted – explained historian Stefano Morosini to Cnn.

A total of 300 objects were found as a result of the melt, with straw mattresses, coins, helmets, ammunition, bottles, tins, and even newspapers forming the newly found collection.

These artifacts will be displayed as part of a collection in a museum – due to open in late 2022 – in Bormio, a town in Northern Italy.

“The findings in the cave on Mount Scorluzzo give us, after over a hundred years, a slice of life at over 3,000 meters above sea level, where the time stopped on November 3, 1918 when the last Austrian soldier closed the door and rushed downhill , “reads the museum’s press release.

In speaking to CNN, Mr Moronsini said that these conditions – which included avalanches and heavy snow fall – were another threat to fight, in addition to the enemy.

The glacier now acts as an “open-air museum”, with more artifacts and elements of history revealed when the heat notches up for the summer months.

The shelter sits just below the peak of Mount Scorluzzo at 3,094 meters high (10,151 feet), with 60 cubic meters of ice being chipped away since July 2017 to reveal what lies inside. Over the last century, climate change has caused glaciers across the Italian alps to recede. Forni, Italy’s largest valley glacier, has retreated by almost 2km in the past 150 years.