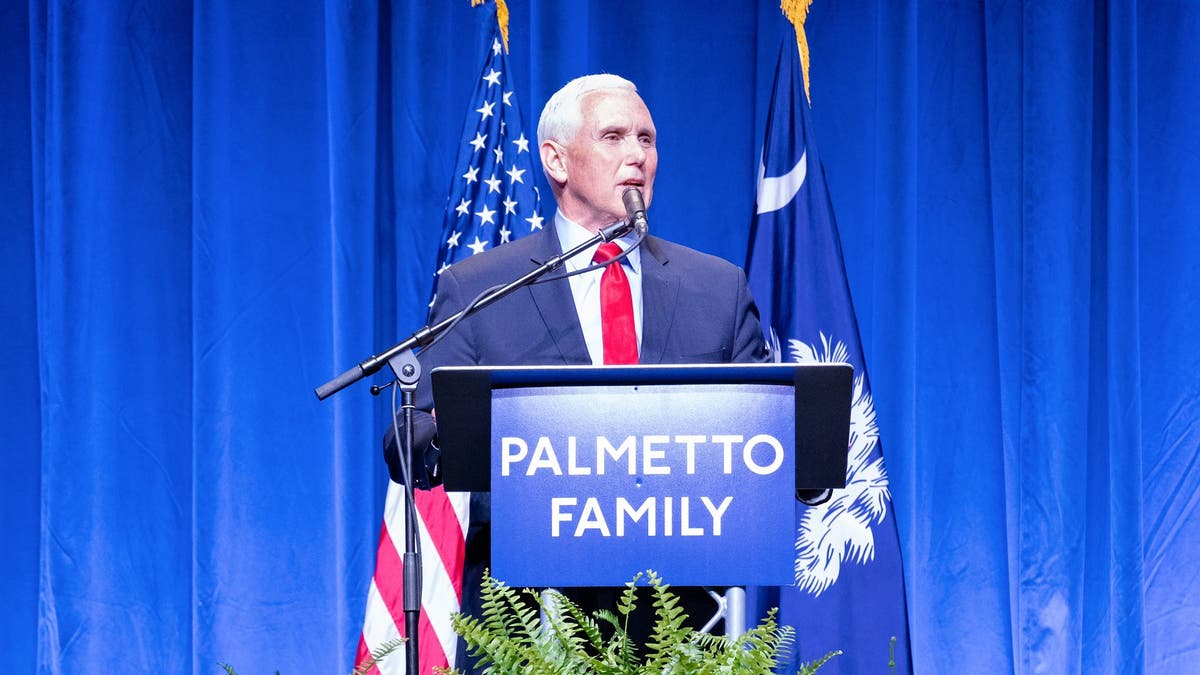 
Mike pence has criticized what he called the “far-left agenda of the Biden-Harris administration” during his first public speech since leaving office.

The former vice president accused the Democrats of “canceling our most cherished liberties” during their first 100 days in power when he appeared before an evangelical audience at the annual gala of the conservative non-profit, Palmetto Family Council, in South Carolina, on Thursday .

The 61-year-old, who recently underwent surgery to install a pacemaker, said: “After 100 days of open borders, runaway spending, plans for higher taxes, a bigger welfare state, more government, defunding the police, abandoning the right to life, canceling our most cherished liberties, I’ve had enough! ”, as reported by NBC.

He added: “After 100 days, I think the time has come for Americans devoted to faith and family and freedom and limited government to stand up and to unite behind a positive agenda and win back America, and it starts right here and right now in South Carolina. “

Mr Pence used the speech as an opportunity to re-enter politics, ingratiate himself with Republicans and potentially position himself as a primary candidate for 2024, running on a conservative agenda that includes “upholding all of the God-given liberties enshrined in the Constitution. “

The Republican compared Biden’s first 100 days in office to Donald Trump term which he claimed were “four years of consequences, four years of results, and four years of promises made, promises kept.”

“The time has come for freedom-loving Americans to stand up to the far left agenda of the Biden-Harris, administration and say enough is enough,” he said.

“It’s time to unite behind a positive agenda built upon our highest ideals and win back America. And we have the winning agenda, men and women, I have no doubt about it, built on American values ​​and on our confidence in the American people. “

He is expected to be much more vocal in the coming months, as he hits the campaign trail ahead of mid term elections in 2022, leading to help Republicans win back the House and Senate.

Mr Pence did not repeat Trump’s claims that the election was ‘stolen’ but made only one reference to the riots in Washington on January 6.

He said: “A global pandemic, civil unrest, a divisive election, tragedy at our nation’s capital, and a new administration intent on further dividing our country as they advance the agenda of the radical left.”

The bloodiest day of protest in Myanmar: clashes between security forces...

We Have To Speak Out, Have To Act: Biden Condemns Anti-Asian...