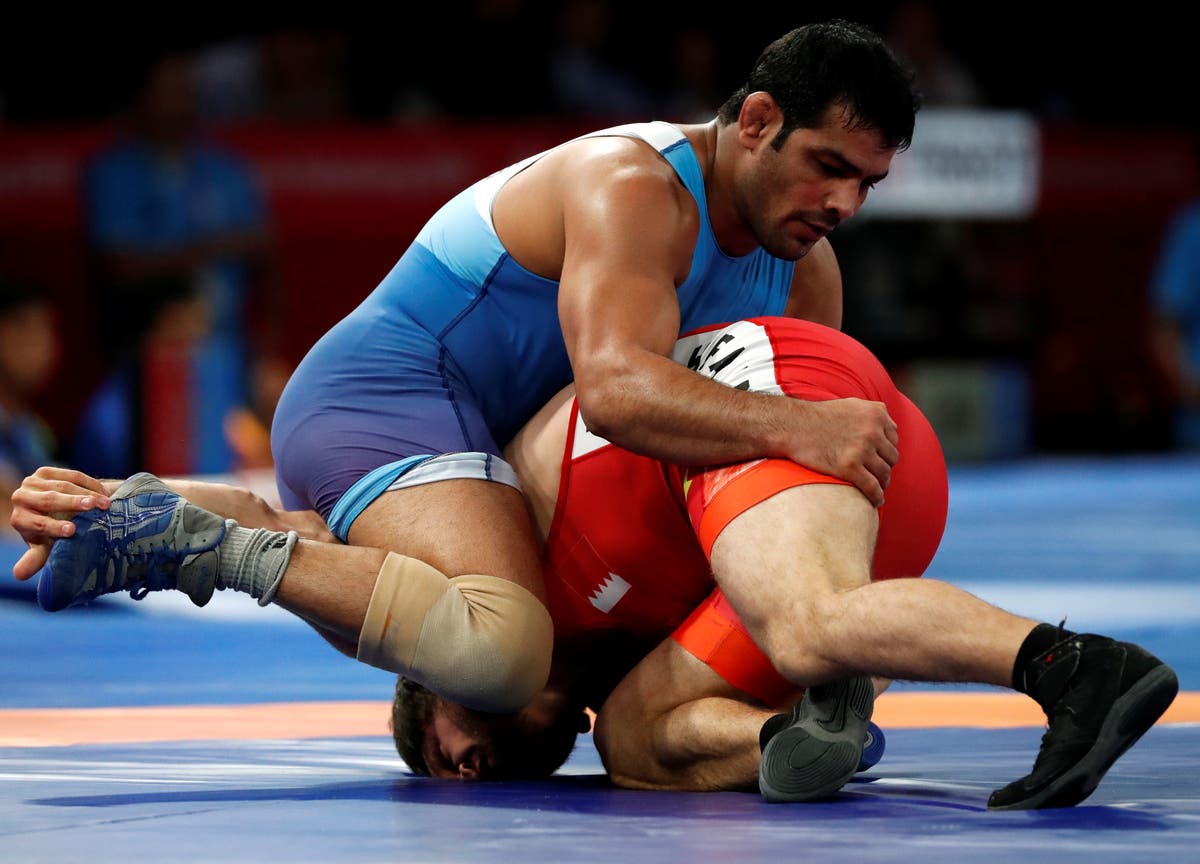 
India‘s two times Olympics medallist, Sushil Kumar, who was arrested on murder charges, has requested protein supplements, exercise bands and a special diet in prison to help his preparation for the upcoming Tokyo Olympics.

The wrestler‘s lawyers approached a Delhi court and the matter was heard on Tuesday. The plea stated Mr Kumar’s “career in wrestling directly depends upon” his requests.

Announcing the decision on Wednesday, the court denied his request, saying it appears to be a “desire” rather than necessity.

“The alleged special foods and supplements appear to be only the desires and wishes of the accused and are not in any manner the essential need or necessity,” Chief Metropolitan Magistrate Satvir Singh Lamba said.

The country’s one of the best sportsmen was arrested by Delhi police on 23 May on the charges of murder, culpable homicide and kidnapping of a junior wrestler Sagar Dhankar. He was on the run for three weeks before being arrested.

The police found video evidence of the assault in which Mr Kumar and his associates were allegedly seen thrashing the 23-years-old victim. The victim, Dhankar, passed away at the hospital while receiving treatment to his fatal injuries.

In his plea, Mr Kumar requested supplements including protein, omega 3 capsules, joint capsules, pre-workout C4 and hyde, multivitamin GNC, exercises bands and other things, according to The Hindu.

The plea by the wrestler said the special diet would be at his personal expense.

It said the diet is necessary for Mr Kumar’s “future preparation as he is an active sportsman and world renowned wrestler” and does not amount to “special treatment.”

But the jail authorities said in their reply that Mr Kumar does not need an “additional diet.”

He is now in judicial custody for 9 days in Delhi’s Mandoli jail, having spent 10 days in police remand.

1 in 2 Indian-Americans in the US are victims of discrimination:...