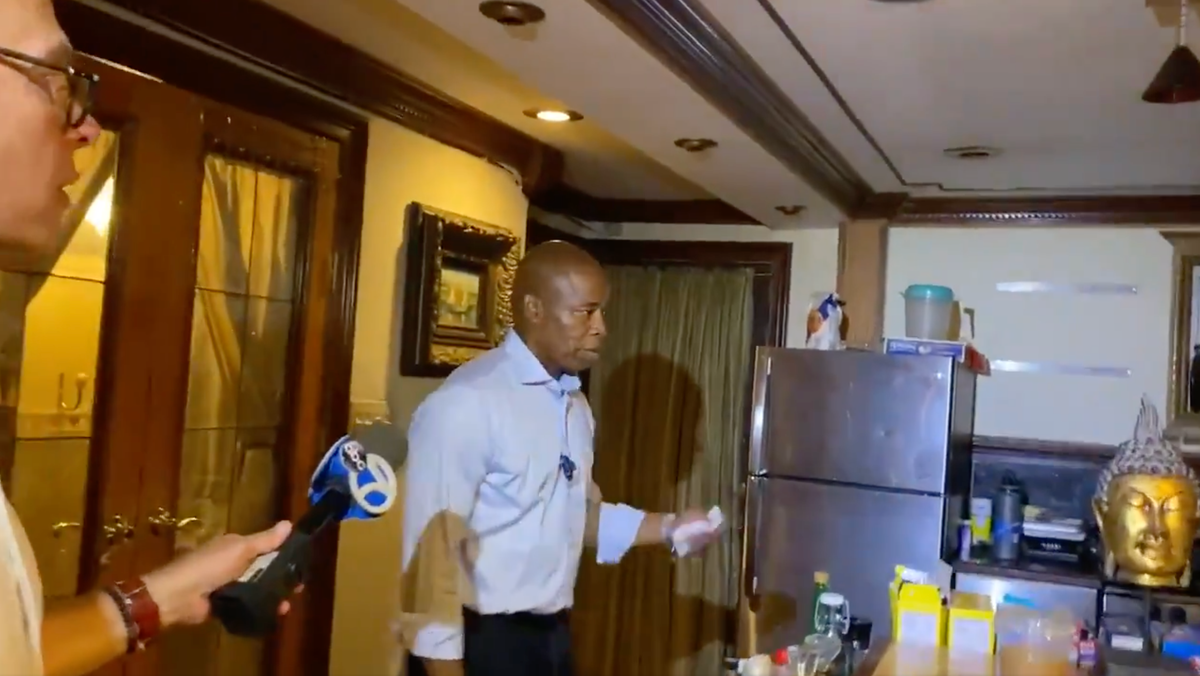 
Among the many questions asked of New York City’s mayoral candidates, “Where do you live?” should not be one of the hard ones.

And yet that’s been the focus of an controversy swirling around the Democratic primary’s current frontrunner, Brooklyn borough president Eric Adams. As a recent report by Politico New York Pointed out, Mr Adams has alternately listed multiple different properties as his place of residence – including a co-op in Prospect Heights and a rowhouse in Bedford-Stuyvesant – all while spending many nights at his Borough Hall office instead.

So where does Mr Adams actually live? To put the question to rest, the candidate took the press on a tour of his Bedford-Stuyvesant property, where he says he lives in the basement apartment.

“Welcome to my humble home,” he told reporters on Wednesday. “I moved here to Bedford-Stuyvesant over almost 20 years ago.”

“How foolish would someone have to be to run for the mayor of the city of New York and live in another municipality?” Mr Adams asked his guests Incredulously. “My opponents who trail me, they can tell you where I’ve been: I’ve been entering Borough Hall at 1 in the morning, working until 3 or 4 with my staffers.”

Not everyone was convinced.

David Brand, a reporter for City Limits, photographed the contents of Mr Adams’ refrigerator, which drew questions on Twitter. Mr Adams, who says he is a vegan, appeared to have salmon, ranch dressing, and other animal products in his fridge – though his campaign said those items were for his son.

“Can’t make a vegan meal with that,” one Twitter user commented. “Sad side salad with hardly any toppings and a bit of fruit and pickles?

Others were skeptical of the apartment’s decor.

“Where’s a family portrait? Pictures on the fridge? Anything that says ‘I don’t in fact Airbnb this out 8 nights a week,’” one observer asked.

The bedroom raised questions as well. T-shirts were laid out on the foot of the bed, which was oddly shaped like an upholstered chair, and a row of colorful sneakers could be seen in the background.

“He sleeps on a chesterfield sofa and leans his art against the walls…” another Twitter user wrote dubiously.

“They should have asked him to put on the sneakers,” another suggested.

“A twenty-something lives there, and I will accept ZERO arguments. GOOD DAY,” another declared.

Madia Coleman, a spokesperson for Mr Adams, said the borough president is the only person living in the apartment, although his 25-year-old son, Jordan, sometimes visits. She scoffed at Politico’s suggestion, echoed by rival mayoral candidate Maya Wiley, that Mr Adams might actually live in New Jersey.

“Eric’s opponents are getting more ridiculous as they get more desperate,” Ms Coleman told The Independent. “We don’t respond to tweet attacks cooked up in some campaign war room.”

On Twitter, however, the skepticism continued. In a photo of Mr Adams’ kitchen counter, one user pointed out there appeared to be a bottle of Hennessy cognac and a red plastic cup behind the stove.

“I mean, how old is he that he drinks Henny out of a solo cup?” she asked.

“It’s obvious what is happening here – his son lives in that place and he’s using it to run for mayor,” another theorized.

“It’s no mystery where I am,” the candidate told reporters.

Another Twitter user questioned the necessity of the whole tour.

“I have my issues with Adams, but are we really at the point where we’re looking inside of candidates’ refrigerators?” he asked. “There MUST be other things to report on in relation to this race.”

LIVE: Will Mehul Choksi be handed over to India or will...