Kordinate
Home News World Open firing in the US: Indiscriminate firing on people sitting in the... 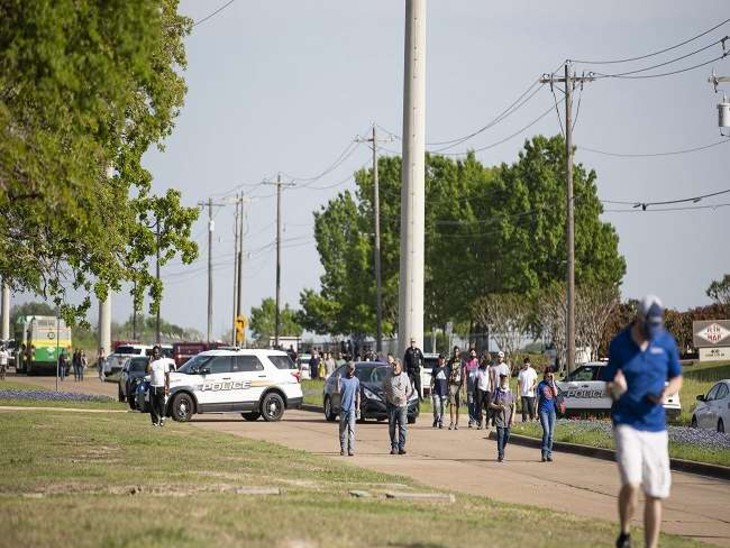 There was chaos in the park during the shootout. People were seen running around to defend themselves.

Sirfyre openly opened fire in a park in the city of Bryan, Texas, USA. One person sitting in the park died in it, while 6 others were injured. The firing took place when a large number of people came to roam the park. The police has taken the accused in the case into custody. The cause of the incident is not yet known.

According to police, the shooting incident took place at Industrial Park in the city of Bryan. The event is Thursday at 2:30 pm local time. According to eyewitnesses, Kent Moore is an employee of the cabinets. Police have admitted all the injured to the hospital for treatment.

President Joe Biden is also concerned about the frequent firing incidents in the US. They are trying to rein in it. Biden said gun violence in the country was like an epidemic. Every possible step will be taken to prevent this.

In view of this, President Biden is about to declare former federal agent and advisor in gun control group Giffords as director of the Explosives Bureau under gun control measures. With this, new laws can also be enacted for the purchase and maintenance of weapons.

Firing took place even a week ago
Last week, on April 3, a lockdown was imposed in Washington DC due to the shootout. During this incident, two police officers were also hit by a vehicle in the Capitol Hill area, in which a police officer was killed. Police also opened fire on the barricade of the Capitol complex after a car collision, in which a suspect was also killed. According to the US government report, 455 people have been killed in the shootings so far this year.