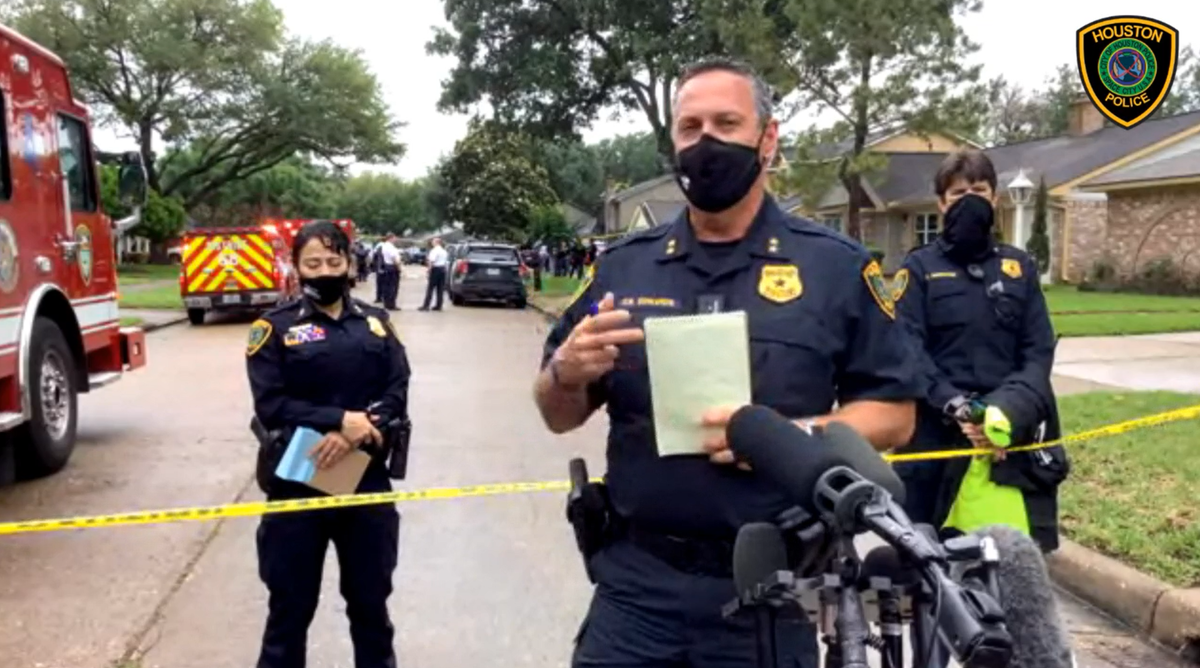 
Texas police found 91 people, many showing Covid symptoms, crammed into a Houston home in what they believe is a human smuggling operation uncovered about 300 miles north of the Mexico border.

Police and SWAT team officers entering the house on reports of a kidnapping were shocked to find almost 100 people in need of food, water and medical assistance.

“It was a big surprise when we got in the house and saw what we saw,” Houston Police’s Homeland Security Command assistant chief, Daryn Edwards, told a news conference.

“When [police] got inside the house, they realized this is actually going to turn into a human smuggling investigation, ”he added.

Several displayed symptoms of fever and loss of taste and small, leading to police concerns that Covid was spreading inside the house.

Mr Edwards said the people were being tested inside the house and may have to quarantine before being transferred elsewhere while the investigation continues.

Five females and no children were among the group, with the rest being adult men.

“They were basically in there, in their basic clothing, and all huddled together,” Mr Edwards said.

“We’ve got to separate who the victims are, versus who, as you can imagine, someone that would be involved in something like this, as soon as they realize we’re here, they’re probably going to try to become a part of them. “

Some of the people told police they were from Central America, and Mr Edwards said the investigation “is definitely more of a smuggling thing and not a trafficking thing”.

The home on Chessington Drive, in a neighborhood southwest of Houston’s city center, is about 300 miles north of the nearest Mexico border crossing.

Police on Thursday received a tip of the possible kidnapping from someone concerned they had a family member in the home. After an overnight investigation, they executed a search warrant on Friday morning.

It is the latest in a series of possible human smuggling operations uncovered in roughly the same area of ​​southwest Houston, including two dozen people found in January more than two dozen nearby in 2020.

Mr Edwards said police would work with federal agencies to investigate why the southwest area of ​​Houston is seemingly becoming the center of the federal smuggling trade.

“This is obviously not something we see often, but it is disturbing,” he added.

A card exempted a gay man from serving in Iran’s military....

Gaetz associate pleading guilty to sex trafficking minor and 5 other...

What does the UAE have to gain from India-Pakistan peace?