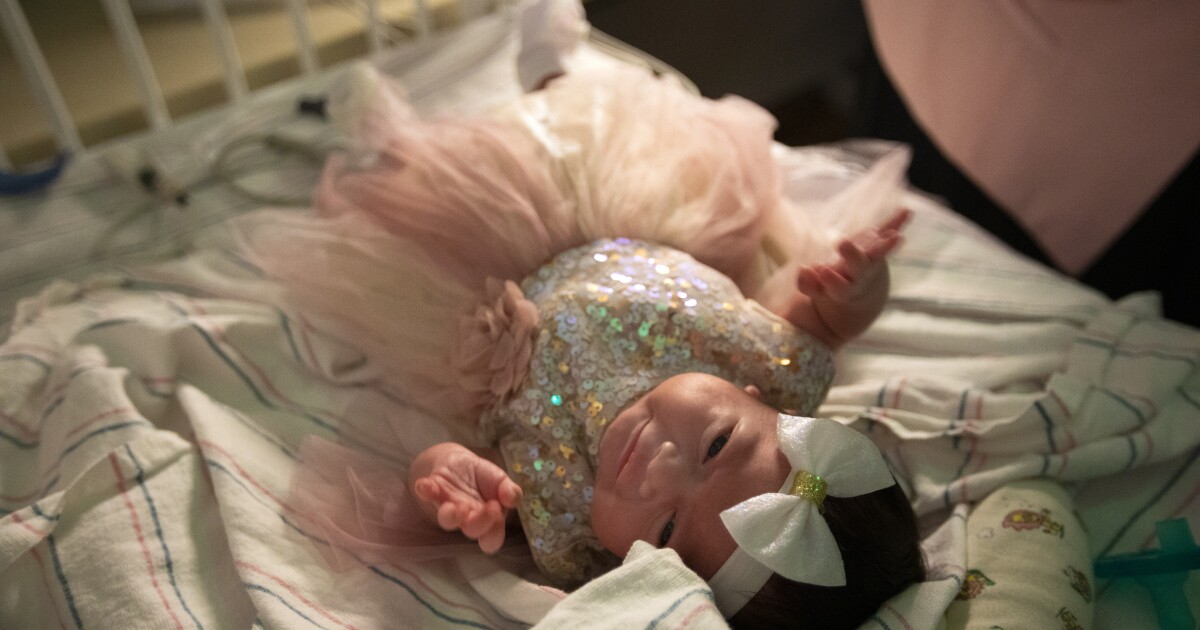 2020 was a grueling year, but at least the number of Americans born into it was lower than it had been in more than four decades.

A total of 3,604,201 babies were born last year in the United States, Puerto Rico and the Northern Marianas, according to a new report from the Centers for Disease Control and Prevention. That’s 4% lower than in 2019 and the sixth year in a row that the number of births declined.

To consider the number of births relative to the size the population, demographers use a statistic called the general fertility rate. It compares the number of live births with the number of females between the ages of 15 and 44, who are considered to be of childbearing age.

Declines in the general fertility rate were seen across racial and ethnic groups. They fell 4% for white, Black and Latina women; 9% for Asian women; 3% for Native Hawaiians and other Pacific islanders; and 7% for Native American and Alaska Native women.

Another way to assess the number of births is to imagine a group of 1,000 women and calculate how many babies they would have over their lifetimes based on the actual birth rates of women of different age groups. That is called the total fertility rate.

In order for a generation of Americans to exactly replace itself, those 1,000 women have to have 2,100 babies over the course of their lives. American women have been below this number every year since 2007, and in most years since 1971. But they’ve never been as far off the mark as they were in 2020. (The US population still grows thanks to immigration.)

Women in their late 20s and early 30s were responsible for the most births, but women in all age groups contributed to the overall decline:

Birth rates for the three groups of women under 30 all hit record lows. The most notable of these is the teen birth rate – it is now 63% lower than it was in 2007, when the current downturn began.

These provisional figures are based on data culled from birth certificates around the country and processed by the CDC’s National Center for Health Statistics. The authors of the report say that 99.87% of all registered births are accounted for in their analysis.

Biden says he plans to back WTO waiver for vaccines