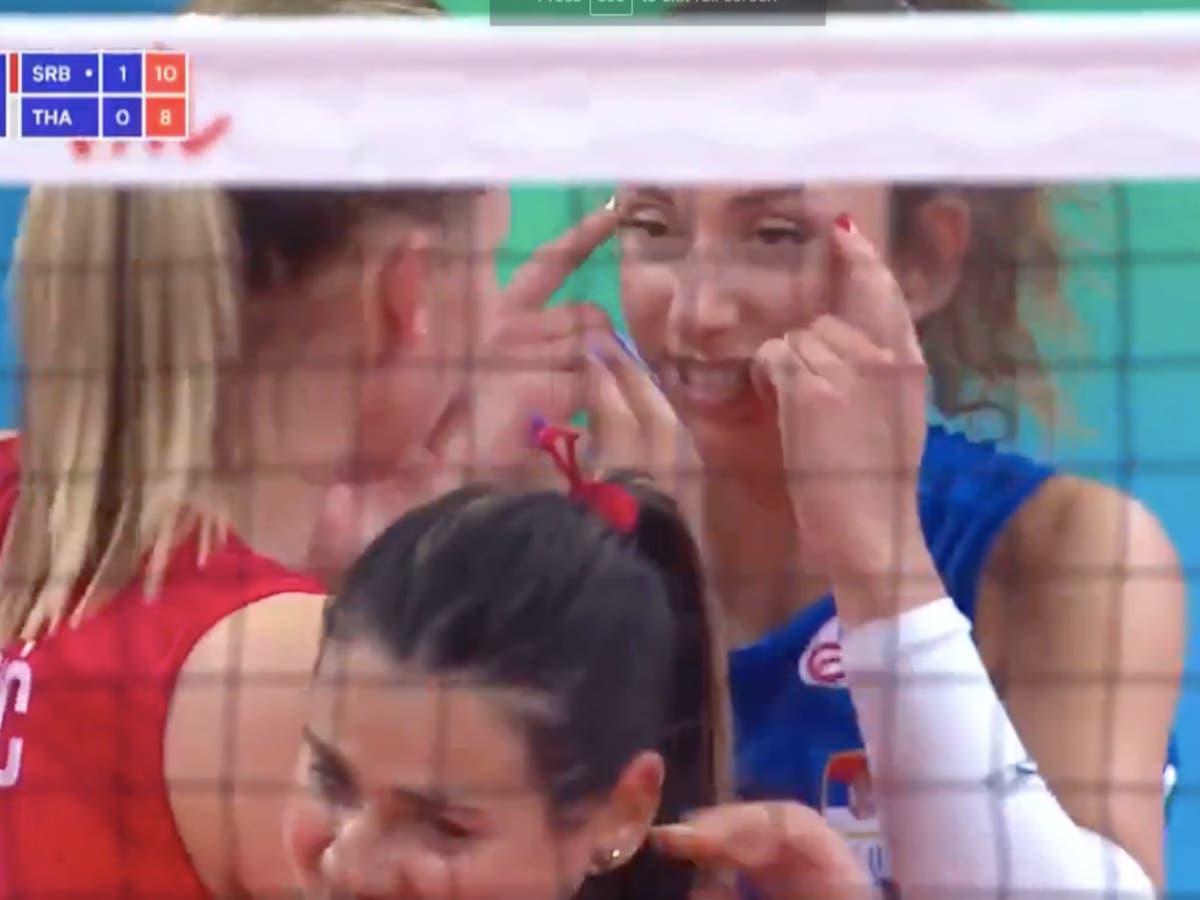 
A Serbian volleyball player has been suspended for two matches after she was caught on camera making a racist gesture against people of Asian heritage during a game against Thailand, triggering outrage among sports fans.

Sanja Djurdjevic was found guilty of breaking disciplinary rules, when a video footage showed her narrowing her eyes with her fingers during a match against Thailand on 1 June.

Ms Djurdjevic has since then apologised after the fans outraged and wrote on her now deactivated Instagram account: “I am aware of my mistake and I immediately after the match apologised to the whole Thailand team.”

“I only wanted to address my teammates with the message: “Now, we will start playing defense like them,” I didn’t mean to disrespect anyone,” she added.

The Volleyball Federation of Serbia described the incident as a “simple misunderstanding” and wrote they “apologise sincerely” to the Thailand team, asking people “don’t blow this out of proportion!”

“Sanja is aware of her mistake and she immediately apologised to the whole Thailand team,” the federation wrote.

“She didn’t mean any disrespect. Of course, it was unfortunate. It all ended up as a simple misunderstanding, in a friendly atmosphere between the players of the two teams,” continued the team statement.

Along with a ban for two matches for Ms Djurdjevic, the Serbian volleyball federation has also been fined more than £15,000. The statement issued by Fédération Internationale de Volleyball (FIVB) Disciplinary Panel Sub-Committee said it will donate the money to a cause dedicated to tackling discriminatory behavior and/or to fund educational programs on cultural sensitivity.

A screenshot of the incident went viral on social media causing a major outbreak. A petition demanding better accountability from sports players and the federation was signed by over 5,000 people by Thursday.

It said: “An apology is the bare minimum as a human being. But Djurdjevic and the National Volleyball Team represent their country in an official sport with official FIVB rules and those rules need to be upheld to maintain credibility and set the standard for the world.”

Kid reporter who interviewed Obama at White House dies at 23

Rockets fall and a Tel Aviv family hurries to a bomb...