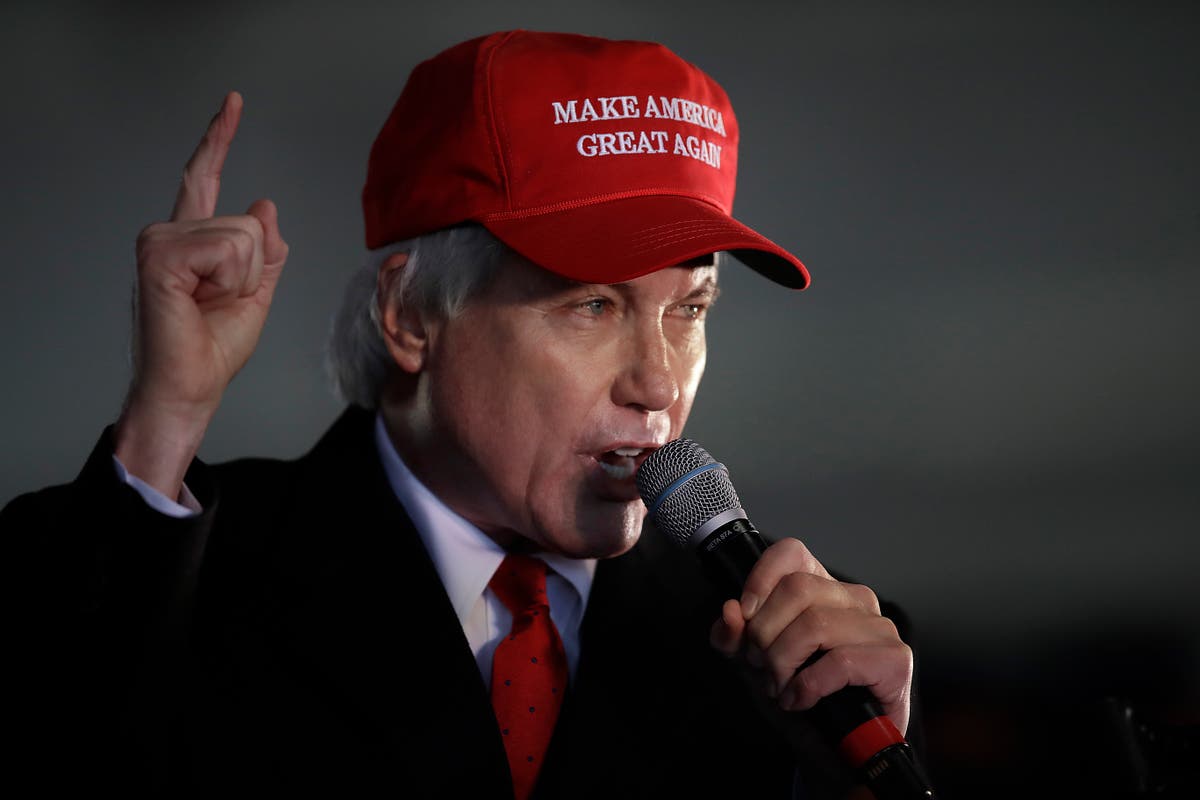 
Lin wood the pro-Trump attorney seeking a GOP The leadership role in South Carolina, took on two of the state’s most notable Republicans on Tuesday and newly questioned the level of support of the party chairman for former President Donald Trump.

Wood, in newly embracing South Carolina as his home base, is seeking the mantle of leadership among Republicans and taking the offensive against established Republicans, including Graham and former Gov. Nikki haley an ex-US ambassador to the United Nations under Trump.

The contest over leading the state’s GOP has become a debate over whose loyalty to the former president is greatest. Trump’s 2016 primary victory in South Carolina marked a turning point in solidifying his nomination, and support for him in the state has remained high.

Trump endorsed McKissick in February, saying he had done a “great job” leading the party in the state, which is important in the nominating process as home to the first-in-the-South primary primaries. Last week, Trump doubled down after reports of Wood’s interest in the post surfaced, issuing a news release further praising McKissick while making no reference to Wood.

In the past, Trump praised wood as doing a “good job” filing legal challenges, threatening 2020 election voter fraud, though Trump’s campaign has at times distanced itself from him, and courts rejected dozens of lawsuits making such allegations.

On Tuesday, Wood questioned the timing of Trump’s endorsement but said his support for the former president remains steadfast.

“If Donald Trump endorsed Mr. McKissick, I still love Donald Trump, ”Wood said. “Nothing’s going to change my mind about a man who I believe is doing God’s will for this country.”

McKissick told The Associated Press he’s certain Trump’s backing is solid. He said that, during a phone call in which the former president asked about Wood, Trump “was like, ‘Who’s this attorney guy who is running against you? Does he even live in South Carolina? ‘”

New to South Carolina, Wood over the past year has purchased three plantations totaling more than $ 16 million in Beaufort County, a coastal area south of Charleston. Last month, Georgia officials opened an investigation following allegations Wood hadn’t been a legal resident despite voting in the state during the 2020 election. Wood told The AP he only became a legal South Carolina resident as of Feb. 1.

During a call last week with South Carolina Republicans, Wood said he sensed “dissatisfaction” with McKissick’s leadership in conversations with activists affiliated with tea party groups. Asked to elaborate, Wood said McKissick had been described to him as a “RINO” – Republican In Name Only – and that he felt such a person was the wrong fit for the state party.

“I don’t believe he has supported some aspects of what happened to Donald Trump,” Wood said, alluding to his false argument of widespread voter fraud. “I believe that every legitimate leader should be demanding an investigation. Has Mr. McKissick done that? “

Meanwhile, McKissick has laughed off those who question his Trump support credentials. He said some of those taking shots at him are “more than likely Libertarians who can’t win as Libertarians.”

Added McKissick: “You got, mixed with that, a group of people who are using the name of Donald Trump to try to make people think they are the only true Trump supporters, and everybody else is a bunch of RINOs. I get that. It’s politics. It happens all the time. “

After his speech, an audience member asked if Wood would consider challenging Graham if the incumbent seeks a fifth term in 2026. Wood left the door open.

“I want to be your chairman because I want to represent you,” Wood said. “But if somebody knocks on my door … and the time is right, and they say, ‘Hey Lin, let’s take down Lindsey Graham,’ I will consider doing it.”

A Graham was not immediately commented.

Meg Kinnard can be reached at http://twtter.com/MegKinnardAP.

China announces sanctions on individuals, entities in US, Canada – Times...