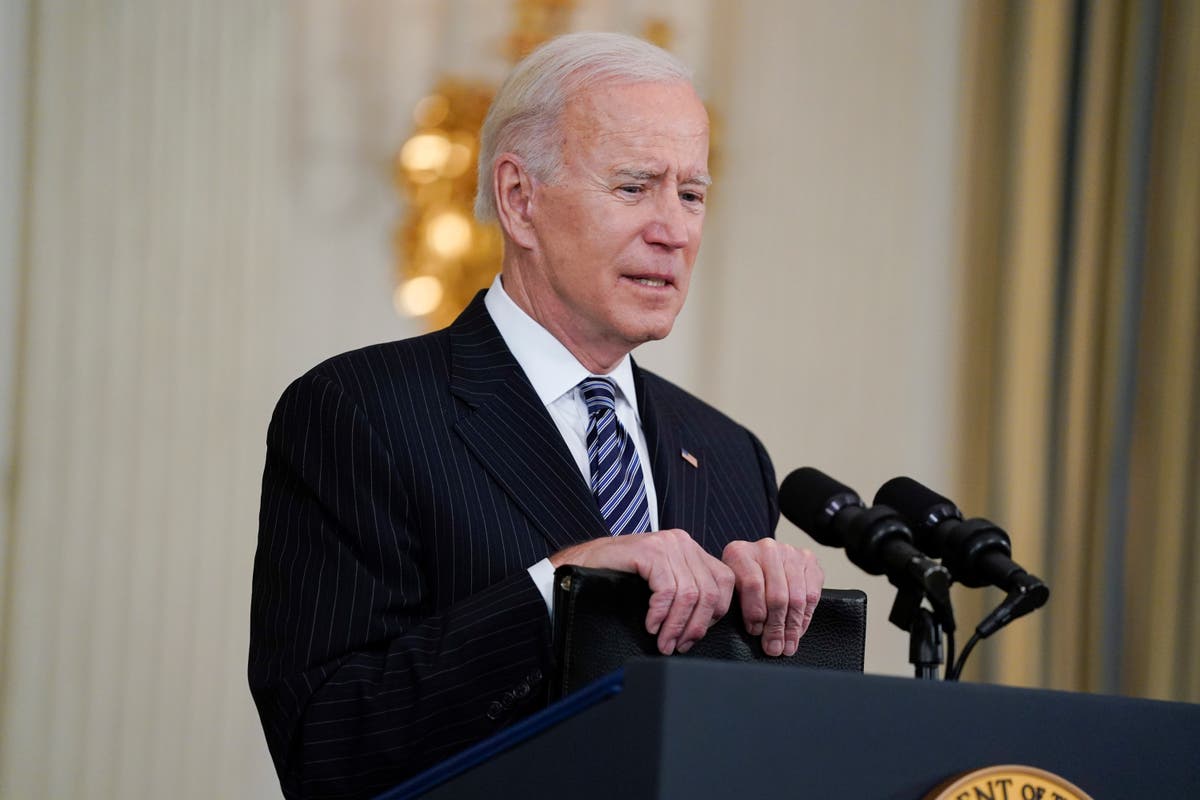 Republicans still pledge to do all they can to halt Biden, but an official parliamentarian’s opinion this week is a potential game-changer. It unleashes multiple options for Democrats to advance parts of Biden’s agenda – including immigration and Medicare legislation – with 51 votes in the 100-member Senate rather than the 60 typically needed to move major legislation past filibuster threats.

There has been talk of trying to change the filibuster rules, but that would be a very heavy political lift in the divided and tradition-devoted Senate.

The White House was heartened by the parliamentarian’s ruling but is not giving up on support from some Republicans, despite their strong opposition to paying for much of the infrastructure plan with a corporate tax increase. The president, said press secretary Jen Psaki, “continues to believe … that there is a bipartisan path forward.”

However, it is clear that the deep partisan polarization in Washington has led to a new era in legislating. The seasoned policy wonks on Capitol Hill are digging deep into the procedural toolbox to find ways around the gridlock that typically leaves Congress at a standstill.

Senate Republican leader Mitch McConnell chided Biden for partisanship, and declared Tuesday that his side would not be supporting the $ 2.3 trillion infrastructure package that Biden wants to pay for with the tax hike on corporations.

“For a president who ran as a bipartisan, I haven’t seen that yet,” McConnell told reporters in Kentucky.

McConnell said Biden is a “terrific person I know him well, I like him.” We’ve been friends for years. A moderate he has not been. “

While congressional Democrats had already planned on resorting to “budget reconciliation,” a special, budget-linked procedure with a 51-vote threshold to pass parts of Biden’s $ 2.3 trillion infrastructure package, the parliamentarian’s ruling opens the door to using it on certain other priorities .

Talks are swirling around an immigration overhaul that could provide a pathway to citizenship for some. There is also discussion about using the process to lower the Medicare retirement age from 65 to 60 and other agenda items.

Schumer’s office said no decisions have been made. Any action still involves wresting consensus from all 50 senators in the Democratic caucus, progressives and centrists alike, which could prove daunting. But Justice Justin Goodman welcomed the parliamentarian’s opinion as “an important step forward that this key pathway is available to Democrats if needed.”

First used in 1980, the process has been employed most years since, according to a Congressional Research Service report.

In 2017, a Congress controlled by Republicans used budget reconciliation to approve the Trump-era GOP tax cuts on a party line vote. In 2010, Democrats used it for the Affordable Care Act, known as Obamacare. George W. Bush relied on reconciliation twice to approve tax cuts, including once when Vice President Dick Cheney cast the tie breaking vote.

But the opinion by the nonpartisan Senate parliamentarian, Elizabeth McDonough, late Monday means the process can potentially be used multiple times this year – rather than just two or three times, as had been expected.

That’s a quicker route to passage for certain Biden priorities than gutting the Senate filibuster, the long-running practice that some senators and critics say is a throw-back used by pro-segregationists to block civil rights legislation and should be changed.

The filibuster enables any single senator to object to consideration of legislation or other matters, and can usually only be overcome with a 60-vote threshold – a tall order in the now evenly split chamber.

Democrats hold the majority in the 50-50 Senate because the party’s vice president, Kamala Harris, can cast a tie-breaking vote.

While Sen. Jeff Merkley, D-Ore., And other leading progressives have advocated changing the filibuster rules, more centrist Democrats including Joe Manchin of West Virginia are not on board.

Using the budget reconciliation could provide a short-term fix, but it is not without drawbacks. It involves a cumbersome process and sometimes all-night Senate sessions called “vote-a-ramas” as senators offer multiple amendments.

Moreover, the budget tools have other limits in that the proposals need to hew to budgetary guidelines, which means not all bills would qualify.

Already, the parliamentarian earlier this year rejected a proposal to increase the federal minimum wage to $ 15 an hour as part of the COVID-19 package because it did not meet budgetary guidelines.

“It is great that Senate Democrats are going to be able to pass many of their economic priorities with a simple majority,” said Eli Zupnick of Fix our Senate, a group advocating filibuster changes.

But he said “that won’t be nearly enough if the filibuster remains as a tool.”

China could invade Taiwan within next six years: Top US commander...

India needs to grow faster to make up for contraction during...