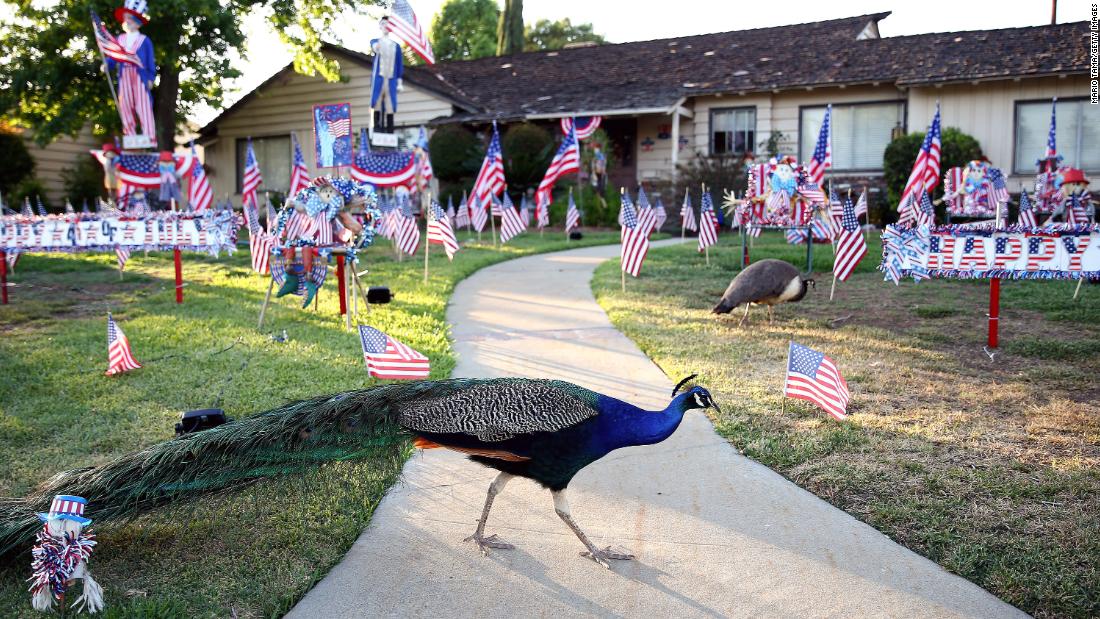 
But after reports of peacocks causing sleepless nights and damaged property, the Los Angeles County Board of Supervisors Voted unanimously to approve a motion to draft an ordinance that would ban people from feeding them.
Peacocks, or peafowl, have been a staple of the San Gabriel Valley east of Los Angeles since they were introduced by wealthy entreprenuer Lucky Balwin in the late 19th century.

While some residents say they love the birds, others have about the hundreds of peacock roaming free in the streets.

The birds have been heard shrieking in the night and seen damaging gardens and vehicles.

Jose Landeros, manager of the Original Tops restaurant said that the peacocks are “part of the city of Pasadena.”

“I’ve been working here for 36 years, and they’ve been here for that long,” Landeros told CNN. He said that most of his customers enjoy them, but cleaning up their droppings can be a problem.

The motion was sponsored by LA County Supervisor Kathryn Barger and modeled after a law in the nearby city of Arcadia. The City of San Marino also offers an application for traps for private property to contain the peafowl.

The LA County Department of Animal Care and Control and County Council is to report back to the board in 90 days with a draft ordinance prohibiting peafowl feeding in public places. The Board of Supervisors will then review the ordinance and vote on its adoption.